Property; be careful! Equities; get ready! 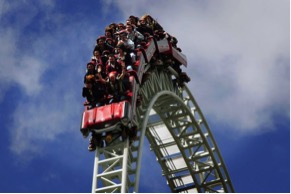 Property; be careful! Equities; get ready!

It doesn’t seem that long ago, but the Global Financial Crisis-inspired rout in the stock market began in late 2007 and even though it bottomed in March of 2009, the symptoms that triggered the collapse, are even worse today.

But before you go jumping at shadows keep in mind that while interest rates remain low, the status quo is very likely to be maintained. Indeed low or lower rates could trigger an equity bubble before any correction is experienced.

Our current thinking is that it is sensible to maintain current investments but build cash levels, in the absence of value, to take advantage of any future correction that would see even the very highest quality businesses available at mouthwatering prices.

Central banks have set the earth on a course that is denying capitalism the opportunity to creatively destroy businesses that should not have been able to raise capital in the first place, and are instead supporting asset prices by physically buying them. Even direct equities are being purchased by central banks like the Bank of Japan.

A false ecosystem is therefore kicking the can of failure down the road, and while we know not when an unwinding must occur, we only know that one day it will.

Ultra low interest rates, and the willingness of Australia’s major banks to lend $100 to home buyers for every $3.52 of bank equity, means that residential property has become the arrowhead in the centralised effort to inject confidence into the economy. And the theory is being tested around the world.

If you agree with the commentators and analysts who believe the Global Financial Crisis was triggered by immoderate debt, superabundant and cut-price money, and overvalued investments, then you should be at least alert to the fact that today presents even more excessive debt, even cheaper money, and higher prices for investment assets.

We however don’t believe these factors actually triggered the Global Financial Crisis. The catalyst was the realisation that servicing the debt – upon which security markets were based – was going to be impossible. Only then are the assets sold in a game of ‘musical chairs’ or ‘hot potato’.

Last week, the Reserve Bank of Australia (RBA) warned investors that mortgagee debt to income ratios look set to surmount historic highs and have been consistently high since households went through a period of increased leverage in the 1990s and early 2000s. “In New South Wales and Victoria, the share of current income required to service an average loan over the next 10 years is close to historical highs.”

The RBA noted; “Interest rates on the stock of housing and business loans have continued to edge down further, as new loans are priced at lower rates than existing loans,” and “Growth in housing lending has continued to rise, driven by lending to investors.”

This is evidenced, RBA says, by credit extended to owner-occupiers remaining relatively steady at an annualised growth rate of around 5.5 per cent, but the pace of growth in credit extended to investors increasing to around 10 per cent.

Low interest rates will do that. Just remember the majority of investors tend to do well only in a rising market.

And with investor loan approvals picking up aggressively in the last three months, you might reasonably expect continued solid demand underpinning house prices for a few more months at least.

Enjoy the party while it lasts, however, if you believe that prices are fictitious (they aren’t if you believe solid economic growth will emerge), then it is right to dance close to the door, to stay invested in equities (preferably with some hedging) and/or build security in cash to take advantage of expected opportunities.

Alternatively of course, you can select a fund manager with the flexibility to go to cash. In extreme scenarios The Montgomery Fund can hold as much as 50 per cent in the safety of cash – although 30 per cent is a more typical limit, while The Montgomery [Private] Fund’s cash limit is 100 per cent. Currently both Funds have higher cash weights relative to recent periods, suggesting an absence of broad based value.  You can find more on the Funds here.

You are reading an article about: Economics, Insightful Insights, Investing Education, Property, Value.able