Which direction next for east coast gas prices?

Which direction next for east coast gas prices?

Recent reports suggest that Centre Alliance has convinced the Federal government to introduce measures to cut gas prices on the east coast. Given the importance of gas prices to the east coast economy, this is a really important step. The question is: how successful will it be?

I have previously highlighted the price of natural gas on the east coast of Australia and the impact it has on both the manufacturing industry and the electricity market.

With the opening of the Queensland liquefied natural gas (LNG) export industry, the total demand for natural gas on the east coast tripled, basically overnight. Given that the exporters did not have enough own production to fully fill their exports, they have had to go out and contract gas production, thus upsetting the traditional supply/demand balance on the east coast.

In September last year, an agreement under the Australian Domestic Gas Security Mechanism (ADGSM) was negotiated between the government and the LNG exporters whereby the exporters agreed to supply enough domestic gas so that the east coast market would not experience a shortfall of gas. A “net-back” price was also established which would compare the east coast gas prices with the prices that the LNG exporters should in theory be ambivalent between exporting and selling into the domestic market (basically the North Asian LNG spot market less transportation and liquefaction cost).

The chart below is from ACCC’s website and shows what they consider the net-back price to be. We can see that they believe that it is currently just about $6/GJ: 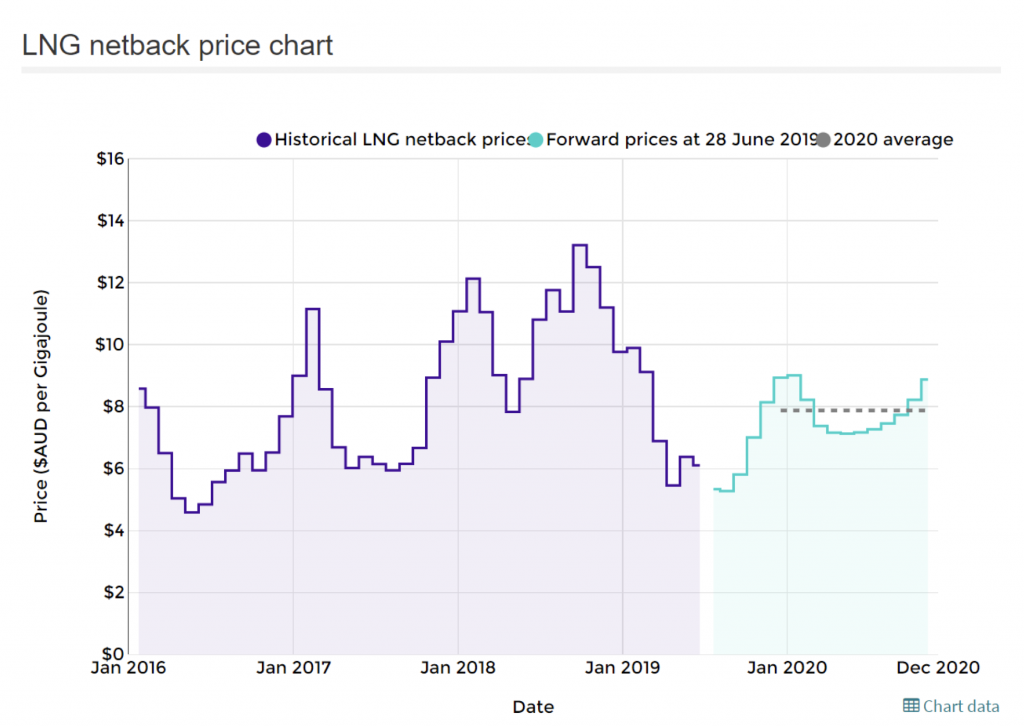 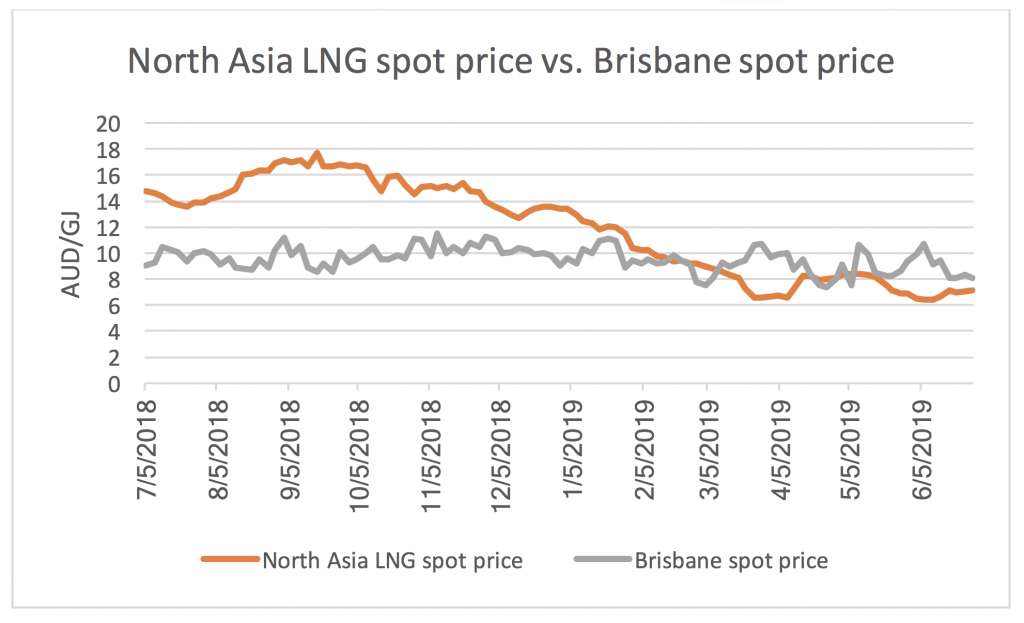 In addition, although data is hard to come by, it is clear from comments in the press that longer-term gas contracts on the east coast are priced at a significant premium to the spot market and you would probably struggle to get any length contract at below $10/GJ.

Given the importance of the gas prices to the east coast economy, it is therefore with great interest that I have read about the Centre Alliance efforts to convince the government to strengthen the ADGSM to include a price trigger in return for supporting the governments proposed tax package.

It now seems that the Centre Alliance has been successful and have received a commitment from the government. As the details remain confidential, it remains to be seen if the agreed measures will be successful in bringing down gas prices or if they are more akin to the proverbial wet lettuce leaf.

You can find my previous blog posts below.

Why the East Coast gas crisis is such a big deal