Australia has more than 257 trillion cubic feet (TCF) of gas resources and 885 TCF in prospective resources.* And we’ll soon be the largest gas exporter in the world.  But, somewhat shockingly, new gas import terminals are about to be built on our east coast to cut the price of gas. I hate to be a doomsayer, but I don’t think this is going to work.

It is therefore no surprise that projects looking to capitalise on high domestic gas prices are starting to pop up. Unfortunately, some of them continue to represent a misallocation of capital away from productive investments towards investments looking to extract a rent on a limited resource.

In my view, just the situation that LNG import terminals are even being considered at all for Australia represents a very damning indictment on the state of Australian energy planning and policy. Australia is one of the world’s largest exporters of LNG, both from Western Australia and Northern Territory and from the east coast. Something must surely have gone seriously wrong for such a country to have to even contemplate importing LNG?

As a quick recap, four things went wrong that enabled this situation to occur: 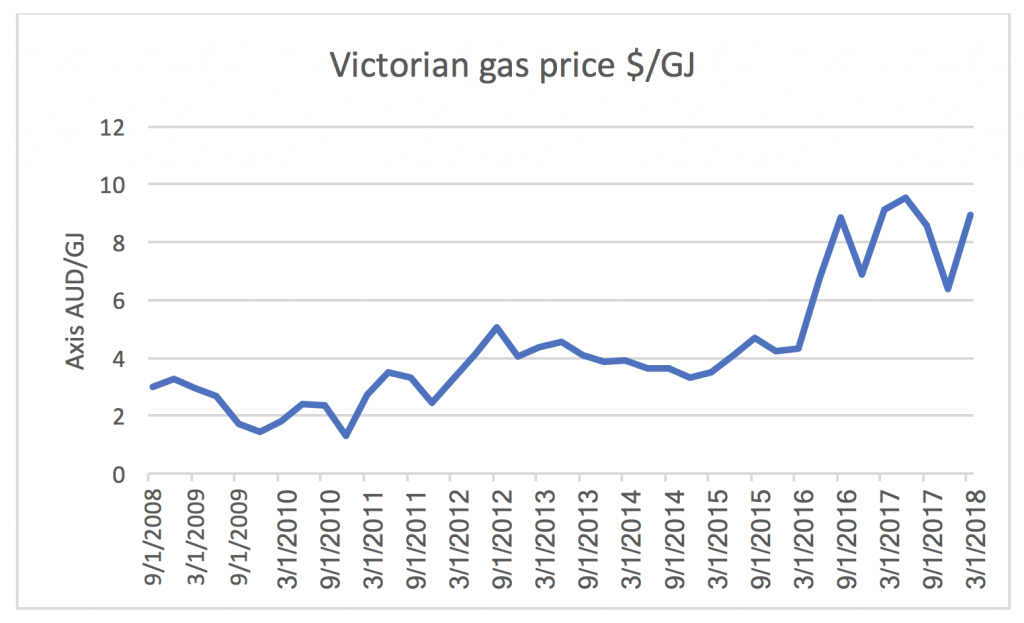 Now, lets think about the proposition of an LNG import terminal for a bit and it is easy to conclude that for it to be worthwhile to import LNG into Australia, an importer has to be able to sell the gas for a price that is above the cost of buying the gas, transporting it to Australia and making a return on the infrastructure required to get it into the Australian gas market. 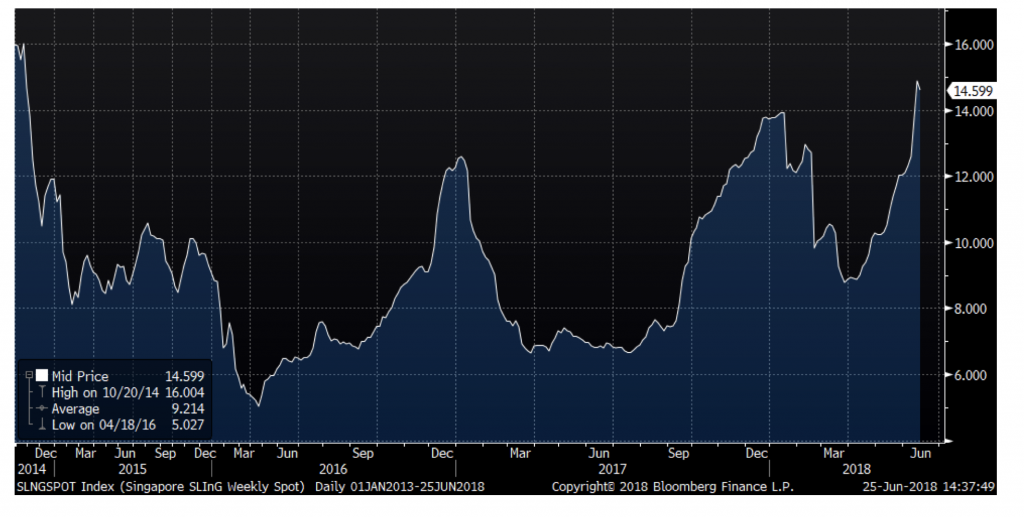 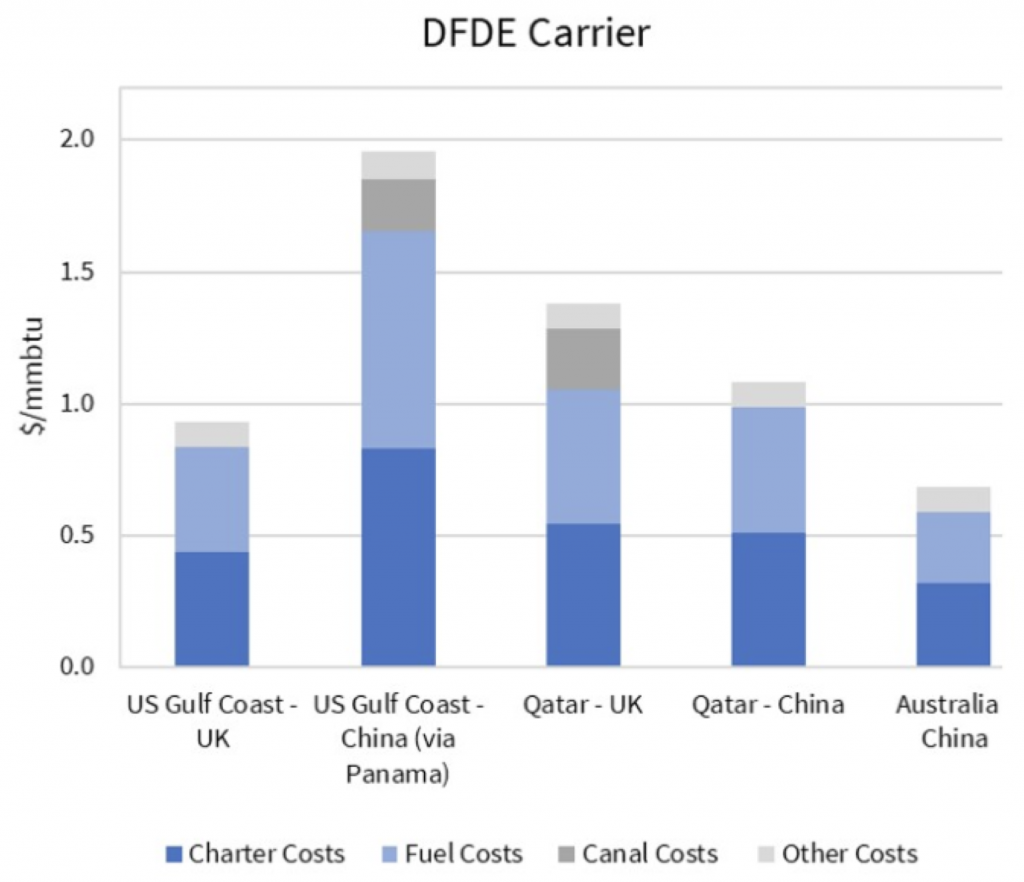 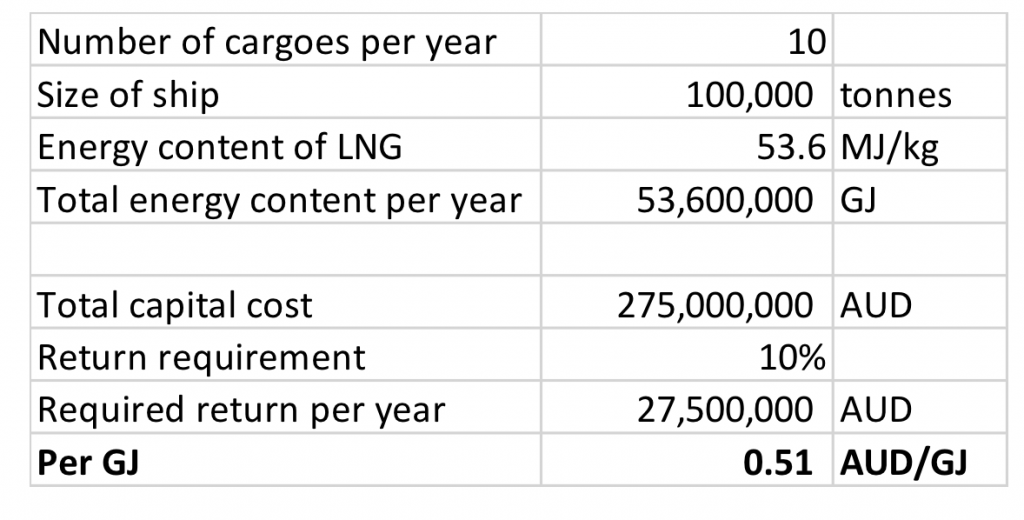 Hence, we can safely draw the conclusion that building import LNG gas terminals on the east coast of Australia is a capital destroying exercise in macro terms.

The only alternative would be if supply could be secured from the West Australian market where, thanks to a very successful domestic gas reservation policy, domestic gas prices are about 4-5 AUD/GJ. It would though most likely take a lot to convince the WA government to allow this to happen as it would put upwards pressure on the WA gas prices.

So what should be done instead?

It is clear that the government through its Australian Domestic Gas Security Mechanism has already managed to get the LNG exporter to release more gas to the domestic market which has brought down gas prices already. Given that the LNG exporters are suggested to be to blame for not securing enough production by themselves, I do not see any inherent problem with them continuing to be the major part of the solution by forcing them to divert additional gas to the Australian market at reasonable prices.

Victoria and New South Wales should also be put under pressure to drop their blanket moratoriums against gas exploration as there are plenty of gas reserves that can be (most likely very safely) developed to secure additional supply for domestic consumption.

What is clear though, is that building LNG import terminals will do nothing to bring gas prices down on the east coast of Australia…

Soon Australia will be the largest gas exporter in the world, with 257 trillion cubic feet of gas resources. So why would they be building new gas import terminals on the east coast with the hope of decreasing gas prices? Click To Tweet
MORE BY AndreasINVEST WITH MONTGOMERY