Sometimes you have to ask yourself this question when you read ideas put forward by politicians. Take the recent proposal from a group calling themselves the Monash Forum. They want the government to fund, build and operate a new coal fired power station to address rising power prices and the outages that east coast Australia experienced in the summer of 2016/17. There are many reasons why I think this is a BAD idea.

Let’s start with a little background on why power prices are so high in Australia.

So why would it be stupid to build more coal generation?

Without involving any arguments about climate change etc., building a new coal fired power station would be stupid for the simple reason that it is just not cheap electricity!

The 1H2018 LCOE report from Bloomberg New Energy Finance, which looks at the Levelised Cost of Energy (i.e. an all-in measure of the cost of energy including capex, opex and financing costs etc.), was released last week. It includes some very interesting charts.

The first chart shows the current LCOE for all types of electricity generation. 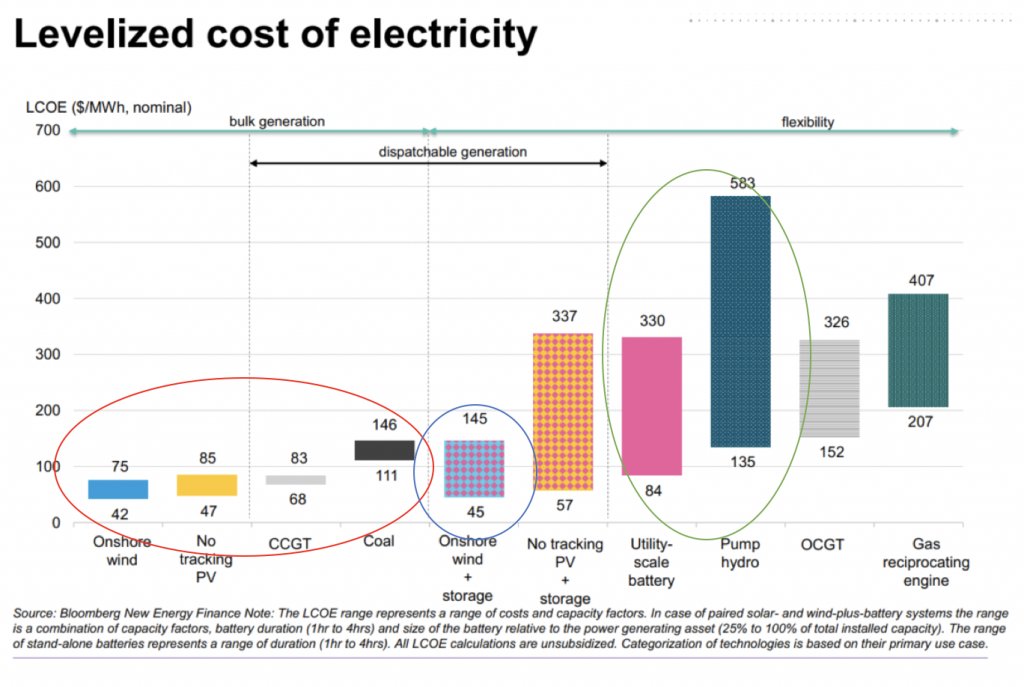 The chart shows that:

In addition, keep in mind that a coal fired power station would probably take at least 5 years to build while wind and solar stations are much quicker to construct, meaning that if we decided we needed extra capacity for, say, 2023, we would have to commit to coal now, but if we were to instead choose wind or solar, we could begin construction in about 2021. Note also that battery storage is very quick to construct as evidenced by Tesla, which famously installed its giant South Australian battery in less than 100 days.

It is therefore interesting to see what is expected to happen over the coming years. Lets first look at the pure generation cost estimates. 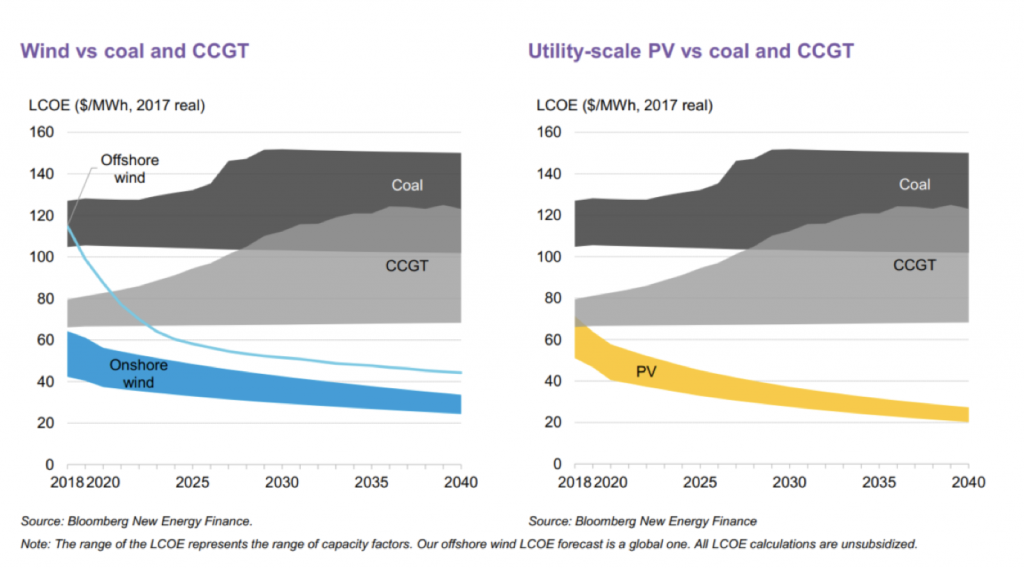 If we then look at dispatchable generation (i.e. adding a battery to a windfarm), we can see that even with a large capacity battery, we are rapidly going well below the cost of coal generation. This is shown in the following chart. 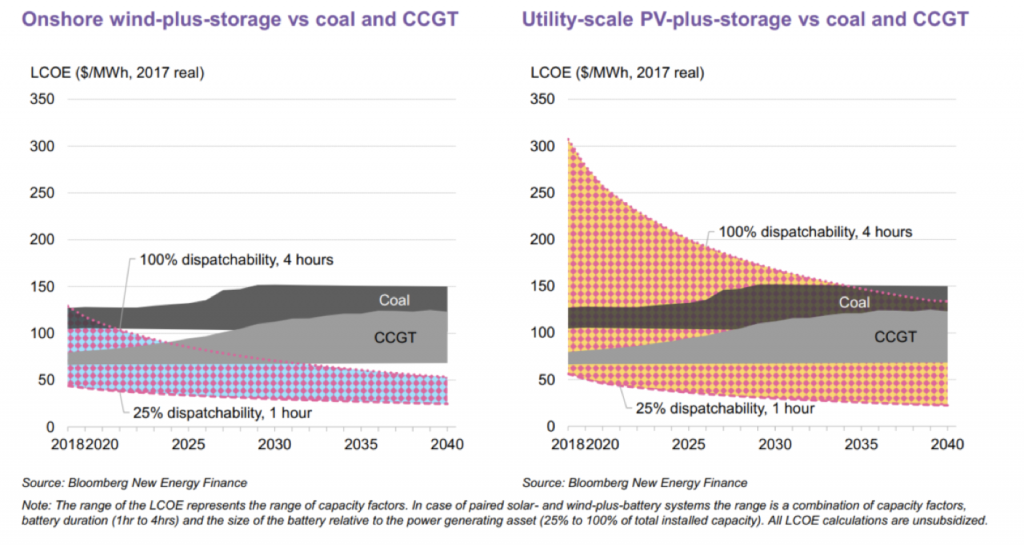 The figures also raise questions about the viability of the Snowy 2.0 pumped storage project. This project is projected to come in at the high end of the pumped hydro range at ~$500/MWh and take up to 8 years to construct – during which time battery storage costs should come down even further.

Is building and operating a new coal fired power station to address rising power prices a good idea? Click To Tweet
MORE BY AndreasINVEST WITH MONTGOMERY