Should we import cheap foreign workers, or pay locals more?

Should we import cheap foreign workers, or pay locals more?

The reliance of many Australian industries on cheap imported labour is highlighted by a recruitment drive currently underway in the UK to entice 500 hospitality workers with the promise of free flights, drinking and dining vouchers, and paid hotel quarantine. But is this reliance on foreign workers in the national interest? Or, given the high unemployment rate, would it be better to attract local workers by paying them more?

The hospitality industry has been particularly hard hit by the last 19 months’ travel restrictions and lockdowns with no inbound tourism and regular dips in domestic tourism and hospitality consumption as people have been confined to their homes and not able to go out to restaurants and pubs etc.

A lot of Australian hospitality workers are unemployed or severely under-employed and the important question for the industry is what will happen when the borders open up and we start to see inbound tourism again. Will there be enough workers to handle the increased volumes or will there be a staff shortage?

A big risk is workers who have seen themselves without work have retrained into other careers and will not go back to hospitality again once positions become available. The picture is further complicated by the fact that a large portion of workers in the past were temporary holiday makers working seasonal jobs, where needed, and we do not know if they will come back again to the same extent and at the same pace as general tourism returns.

The hospitality industry seems to think that this will be the case and it seems like at least one operator has started a recruitment drive in the UK to recruit 500 hospitality workers with the promise of a “$1,000 drinking and dining voucher” with free flights to Australia, paid hotel quarantine and two weeks free accommodation, as described in this article where they are even talking about potential charter planes to bring in UK workers.

This seems like an interesting strategy given the recent Roy Morgan Unemployment and Under-employment survey shows that 16.7 per cent of the working population are either unemployed or under-employed, which would, even though it is back down to pre-pandemic levels, indicate that there should be plenty of people to fill an increase in demand for hospitality jobs. 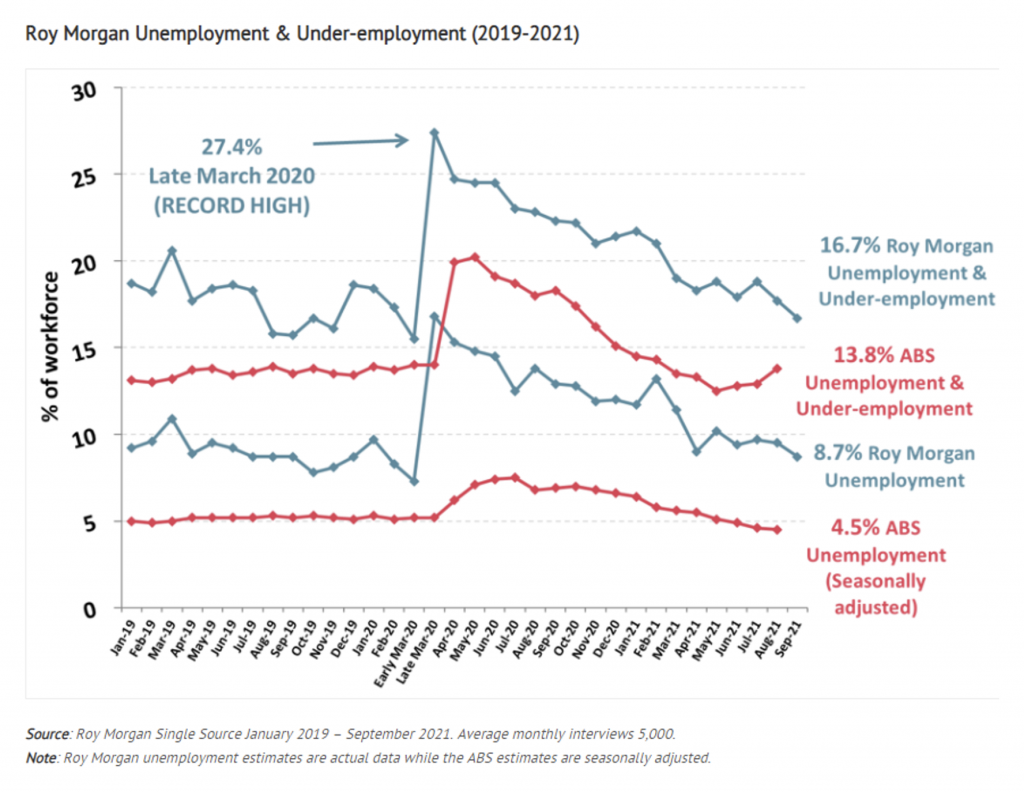 So why is the hospitality industry looking to import foreign labour at a high upfront cost when it seems like they should be able to attract local labour by instead using the money it would cost to entice the foreign labour to come here on higher salaries for locals?

The answer for this is the industry does not want to set a precedent and permanently lift the wages paid to workers. And is instead preferring to spend this one-off money and hope that the situation will go back to normal over time. After all, the hospitality industry is by quite a margin the lowest paying industry in Australia as the chart below from the ABS shows: 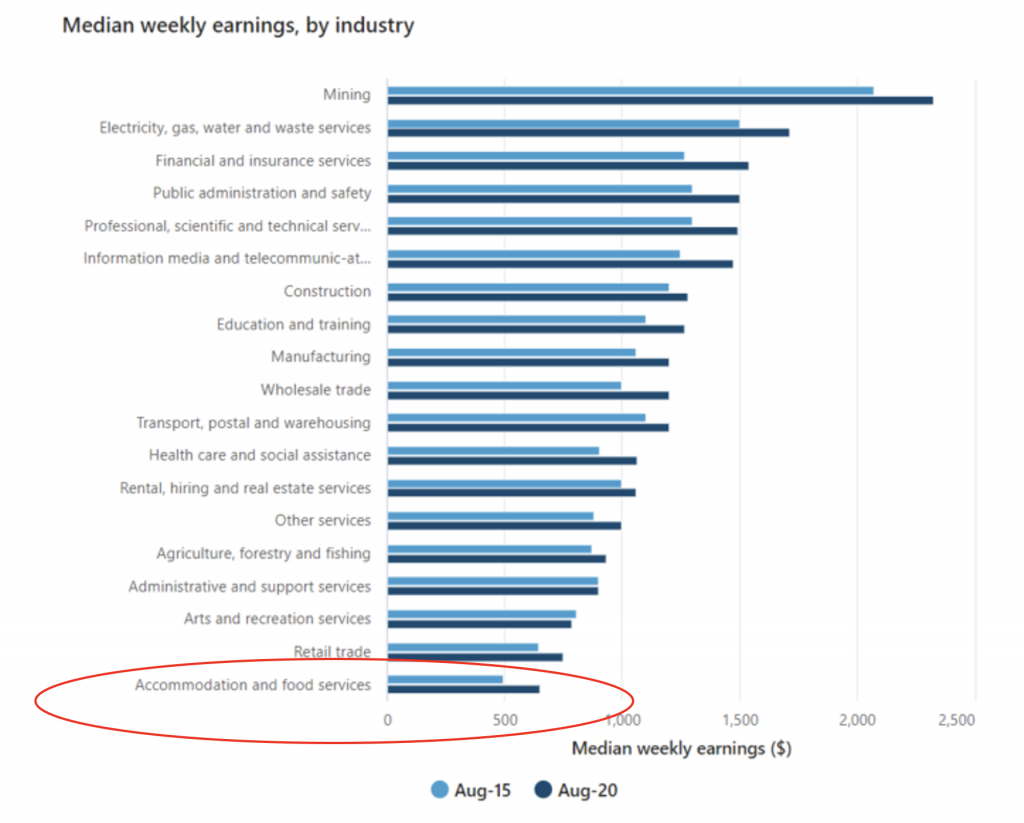 Here at Montgomery, we are staying away from investing in companies in this sector because we think the industry will have to reform itself and this will likely have unpredictable effects that can significantly impact profitability before the structural reforms are done.

You can read my previous articles on this below:

Is it time for companies relying on cheap foreign labour to rethink their business models?

Why our dependence on backpacker labour may need to change