Investors in Australia and around the world are understandably worried about the onset of a new disease (Wuhan Coronavirus – known as nCoV) and the implications for their investments, particularly as the medical profession develops their understanding of the disease. While the number of confirmed cases has increased from 282 to 4,474 in the past 7 days it is a moving tally.

Some brief thoughts on the Coronavirus:

If you want to see a real-time map of coronavirus cases, then click here. It’s quite confronting.

Historically, the equity markets reaction to such outbreaks and quickly spreading diseases is often short-lived. According to Dow Jones Market Data, the S&P 500 posted a gain of 14.59 per cent after the first occurrence of SARS back in 2002-03, based on the end of month performance for the index in April, 2003. About 12 months after that point, the broad-market benchmark was up 20.76 per cent (see below table): 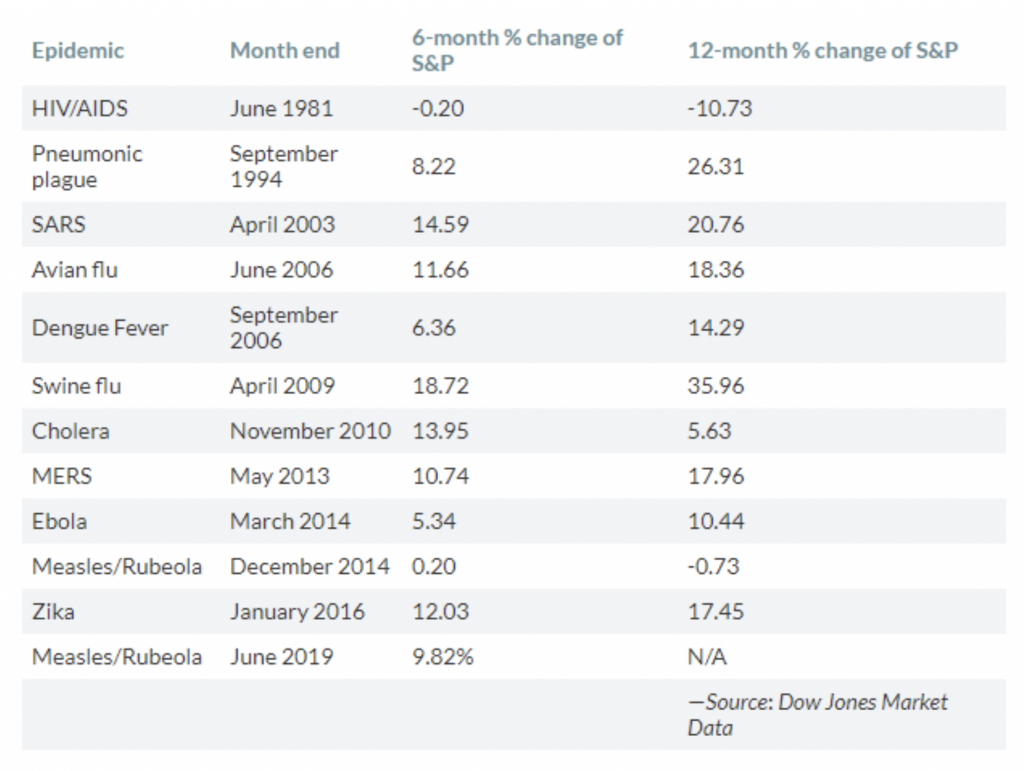 If we look at the data from a global equity market perspective, then a commonly used world index would be the MSCI All Countries World Index (which covers 23 developed market countries). Interestingly, the index has gained an average 0.4 per cent in the month after an epidemic, 3.1 per cent in the ensuing six-month period and 8.5 a year later (see graphic below): 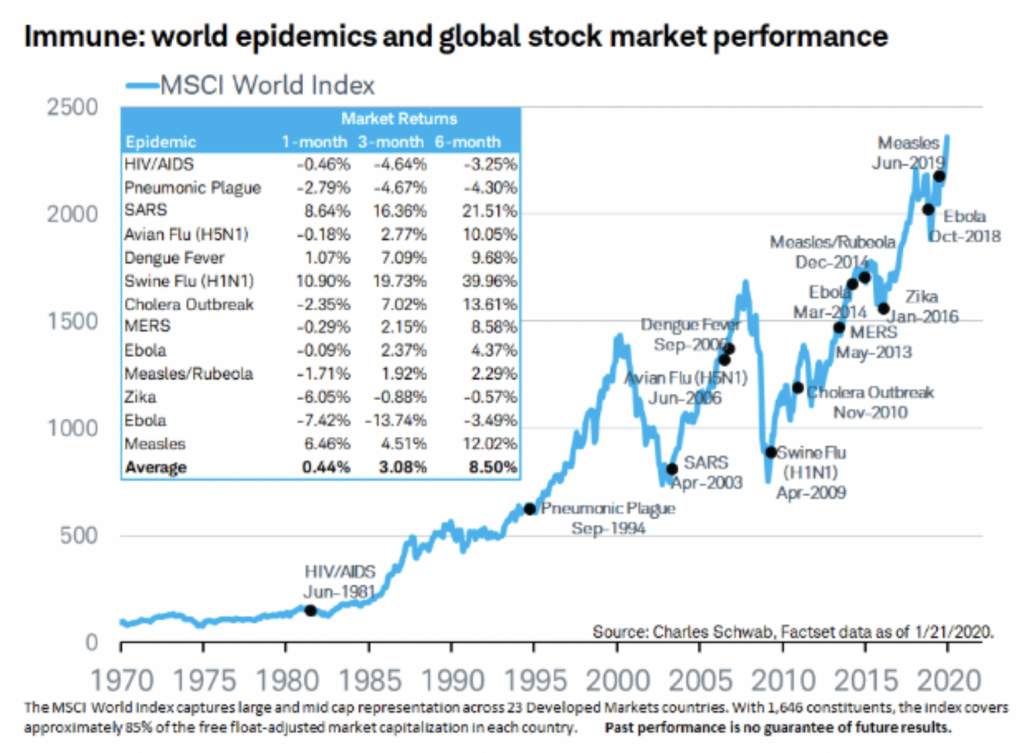 While this might be music to the ears of investors, the severity of the virus, ultimately, will dictate the market’s reaction and just because indexes had managed to shrug off the contagion from outbreaks in the past doesn’t mean that will be the case this time. It is reasonable to conclude that there will be some risk-off positioning being taken in the short term, especially when many equity markets have recently hit all time highs. But with long-term interest rates likely to stay low for some time, it is possible that many investors will see this as a buying opportunity once indications emerge that authorities globally have contained the transmission of new cases of the virus. Let’s hope this is the case soon.