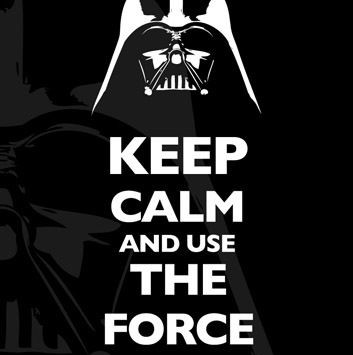 Veda Group Limited (VED) is one of the more successful IPO’s we have participated in recently. Listing in early December 2013 at $1.25 the stock went on to subsequently double in price hitting a high of $2.55 just a few months later.

Adding to this success was the exceptional 2014 full year results that came in ahead of the prospectus guidance, producing one of the best reports over the August reporting season.

Revenue increased 13.3 per cent (including a $2.4 million joint venture profit) and the scalability of the business under the current negative reporting framework resulted in EBITDA increasing 22.8 per cent, and finally earnings increased 41.5 per cent over the 2013 result. An impressive set of numbers:

Upon further review, we noted that adding to the businesses operational leverage in 2014 was lower Depreciation and Amortisation (D&A) expenses. We noted the comments that some older assets came to the end of their useful depreciation life in this period; the benefit of this to earnings under the EBITDA line can be seen clearly here highlighted in black:

This piqued our interest and we spent a considerable amount of time reviewing Veda’s historical accounts (FY11-FY13), which they provided on listing. The outcome of our research was that we noted this was an abnormal development.

Historically, amortisation of Systems & Software spend has been running at approximately 71 per cent of those costs capitalised in any year. 2014 saw this number fall to just 40.9 per cent.

The impact of lowering accounting D&A expenses is that a bumper result can be produced and the earnings leverage serves to get the market all-abuzz. Which is an outcome you may wish to engineer should one potentially wish to exit a large holding.

This therefore appeared to be a ‘managed’ outcome and one in which caused us to naturally ask the question, why would anyone want to sell?

In the case of private equity (PE) funds, the old argument goes that PE firms have an investment lifecycle of five years and hence this is just natural turnover. Plausible perhaps, but we consider another argument being that the earnings leverage just reported by Veda is unsustainable as they move to the CCR (comprehensive reporting) Framework.

In the businesses outlook statement, management noted “The anticipated revenue trajectory should see Operating EBITDA in FY2015 achieve at least low double digit growth over FY2014’s pro forma EBITDA of $129.0 million, even though operating expenditure (excluding data costs) is expected to grow faster than has historically been the case. A factor driving this increase is Veda’s decision to increase staff to support the next stage of revenue growth (including CCR), and the implementation of a new equity incentive scheme to support alignment of the interests of staff and shareholders.”

A few key points to note on this comment, at least low double digit EBITDA guidance is very healthy guidance to give at the start of FY15 and shows the strength/recurring revenue nature of the business.

Also, historical earnings leverage would have many analysts and investors assuming that that earnings could grow at a multiple of this top-line EBITDA growth which is where we notice an issue which management have addressed.

Turning our attention onto the businesses statement of cash flows and note 17 of the annual report, Intangibles, it’s clear that Veda’s software development expenses for example have already increased markedly as they ramp up investing to support the move to CCR.

The Statement of Cash flows shows spend on ‘other’ which largely includes payments for Systems & Software, has jumped by 80.7 per cent over 2013.

Broken down further, we note that the actual increase in software development spend is over 60 per cent over the prior corresponding period.

This is the highest level of investment the business has made since 2011 and management are suggesting that these are set to increase further in FY15 as spending on moving to the CCR framework creates a cost ‘bubble’. Yet despite this, D&A expenses in 2014 decreased?

Because Veda’s accounting policies allow these expenses to be ‘capitalised’ on the balance sheet and amortised over their estimated useful life, the impact of this is that they are not yet fully reflected in D&A through the P&L. The capitalisation can be seen for example via ‘additions’ to intangible assets as we show below:

From here we can make a few assumptions when modelling the likely impact in the years ahead in terms of Veda’s future financial results.

Firstly, what we know is that guidance is for low double digit EBITDA growth. We can assume that EBITDA grows at approximately 15 per cent in 2015 (slightly ahead of Veda’s EBITDA guidance given their success this year) but then tracks lower over 2016/2017 in terms of growth (the law of large numbers).

Secondly, we also assume that D&A in the next three years will normalise at approximately 70 per cent as per actual levels pre-IPO. This will see D&A rise materially from the 2014 financial year and we think this may catch a few investors off-guard. We estimate that D&A will need to increase by a compound annual growth rate of approximately 20 per cent over the next three years (almost 25 per cent in FY15) to normalise itself – the impact of this on Veda’s earnings leverage is profound.

Versus the growth reported in earnings reported in 2014 of approximately 42 per cent, we forecast that an almost immediate slow-down in FY15, FY16 and FY17 will occur in terms of earnings growth.

Hence, unlike the 2014 financial period, we will not see the same operating leverage in the next three years until these D&A expenses normalise and this is what we believe they are alluding to when they set the scene for this year (2015)“The anticipated revenue trajectory should see Operating EBITDA in FY2015 achieve at least low double digit growth over FY2014’s pro forma EBITDA of $129.0 million, even though operating expenditure (excluding data costs) is expected to grow faster than has historically been the case.”

Based on these assumptions, on current shares on issue, we estimate that EPS will rise from 8c FY14 to 11-12c in FY17 putting VED: 30x historical and +22x FY17 earnings. This is a lofty valuation and one that we find hard to justify. To put this into perspective, when we participated in the float, we initially paid 16x FY15 Earnings one year forward.

We estimate that the business needs to do approximately 25 per cent earnings compound annual growth rate to justify a price of $2.30-$2.40 (current market) which as their cost base grows to support CCR, is looking unlikely.

This analysis leads us to expect a forecasted earnings growth slowdown and a rich valuation. We saw the hype around the stock as an opportunity to exit what has been a wonderful investment.

Veda however remains an amazing business, is the clear market leader, and has high levels of recurring revenues and bright prospects – all of which are highly attractive business economics – the only thing currently missing is a rational price base.

You are reading an article about: Companies, Insightful Insights, Market Valuation