BUSINESS CONDITIONS LOOK TO BE GETTING WORSE

BUSINESS CONDITIONS LOOK TO BE GETTING WORSE

NAB’s February business survey, published 12 March, paints a truly bleak picture, particularly for retailers. It shows that Australian business conditions – namely, sales and profitability – are worsening at an accelerating pace. Not surprisingly, business confidence is also on the skids.

In a couple of recent blog post, I have written about the prospect for state government revenues and associated infrastructure spending, the current trend for personal credit which can be an indicator of retail spending, availability of housing credit and the level of underemployment vs. unemployment. Most of these topics are related to household spending in one way or the other as well as government spending.

Whilst household and government spending are two very important parts of the economy, we should not forget the outlook for businesses, which is the third pillar of any economy and we at Montgomery spend the majority of our time studying.

To understand the state of the economy, it is important to look at both history and future projections.

For the history part, given that we have just gone through a reporting season, we can get a relatively good read from the number of companies that exceeded, reported in-line or disappointed when they reported their first half results.

Using data from Credit Suisse (who defines a miss/beat as a result that deviates more than 3 per cent from consensus forecast), we can see that 17 per cent of companies beat consensus expectations, 36 per cent missed expectations and 47 per cent reported in-line meaning that 2.25x more companies missed than beat expectations indicating that actual trading conditions are generally worse than expected.

We can firstly look at the revisions that were made by sell side analysts following the results and again we turn to Credit Suisse whose data shows that the profit growth in FY2019 has been reduced by 0.88 percentage points from 4.06 per cent before the reporting season started to 3.19 per cent after all the companies in the index reported.

Another source we can look at for an indication of the trajectory of business conditions is NAB’s February business survey which was published 12 March. This survey is built up by NAB asking a lot of different companies in different sectors their view of the current conditions in their industry and their company and their outlook for the near term future.

The February survey is extra interesting as it is the first month after holidays and provides a more solid read on conditions than the December and January months when a lot of people are on holidays and when trading conditions for a lot of industries are at a yearly low point.

If we start with the current business conditions, we can see that there is a steep downtrend going on and that conditions seems to be deteriorating at an accelerating pace. 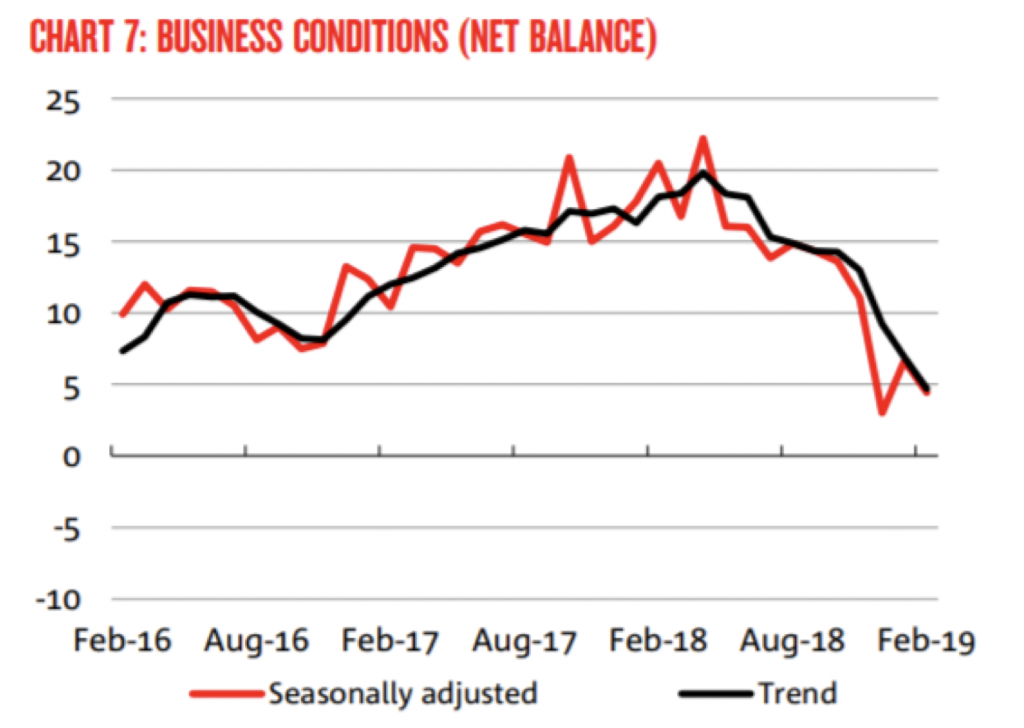 This is also reflected in the business confidence measure although the drop is not as steep: 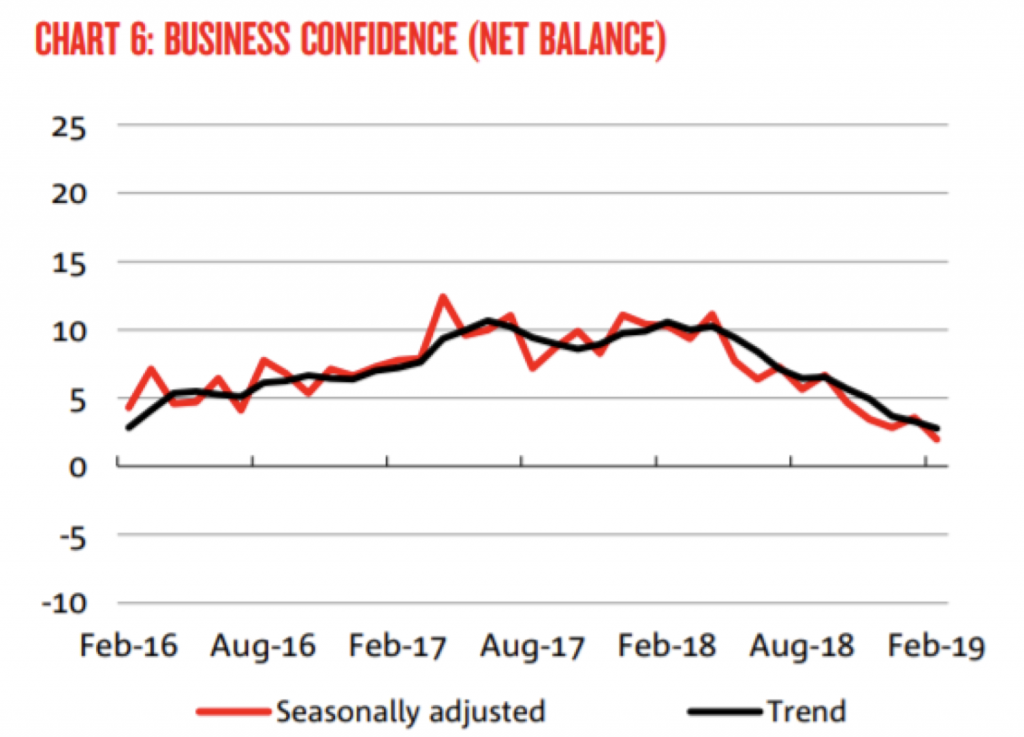 If we look at the long-term trends for both of these measures, we are now approaching levels not seen since 2012: 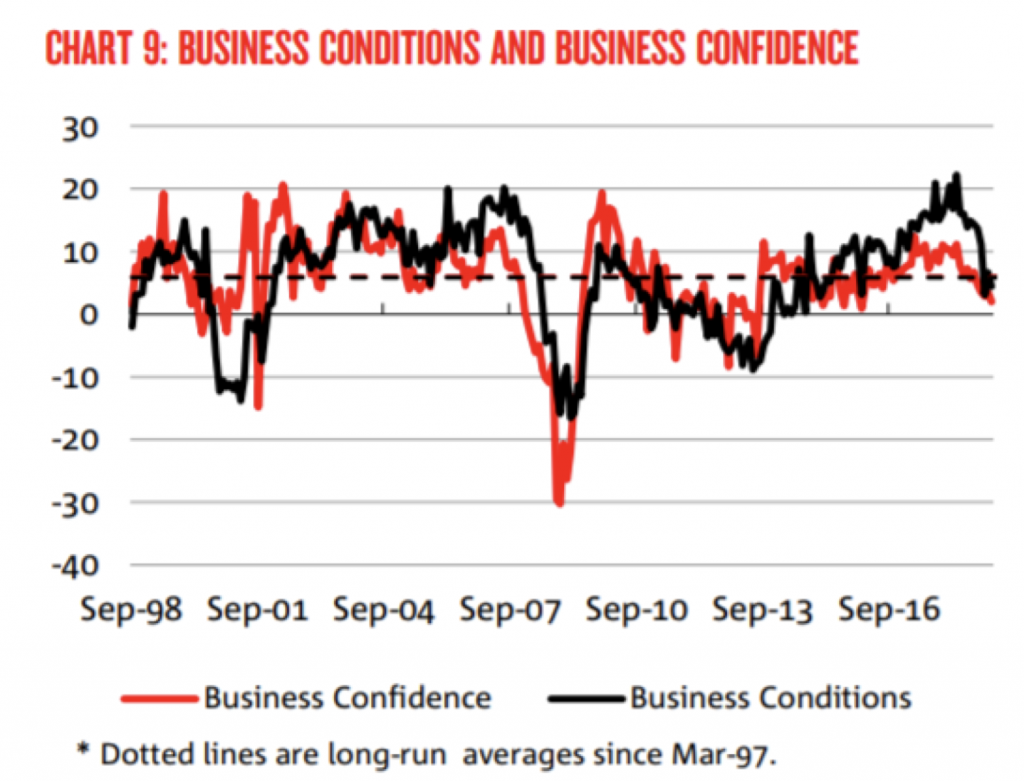 And if we look at the different components of business conditions, we can see that both trading (sales) and, above all, profitability are suffering, indicating that businesses are seeing cost pressures as well as relatively weak sales conditions: 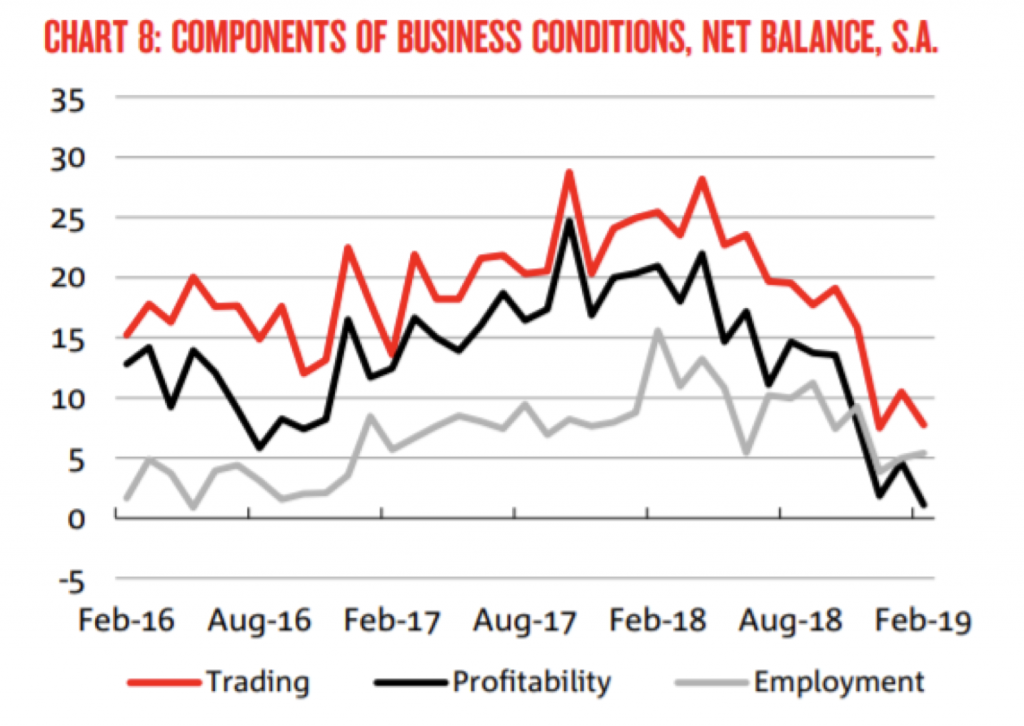 It is also interesting to see that forward indicators like forward orders and the outlook for capital expenditure are dropping sharply as well as: 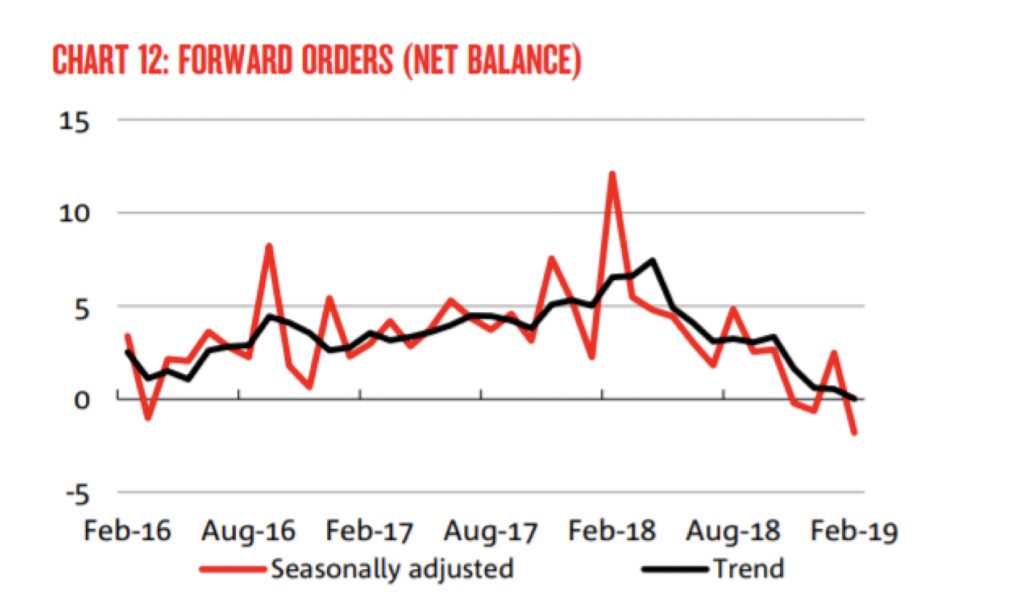 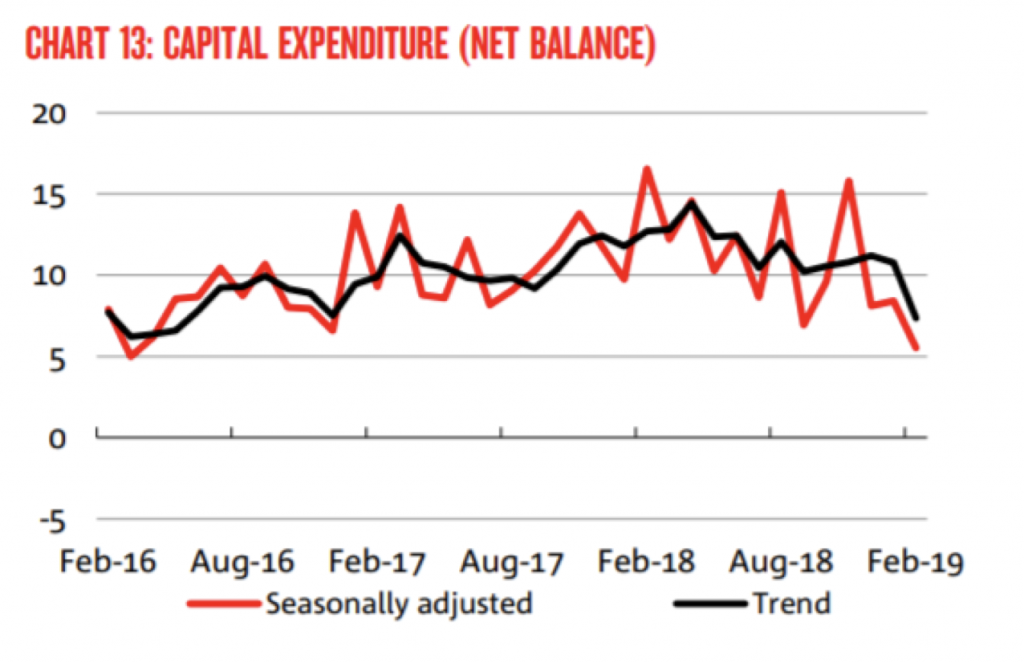 It is also interesting to see that the outlook for labour cost growth is falling rapidly which is in stark contrast to RBA and Australian Treasury forecast of wage growth picking up over the coming years: 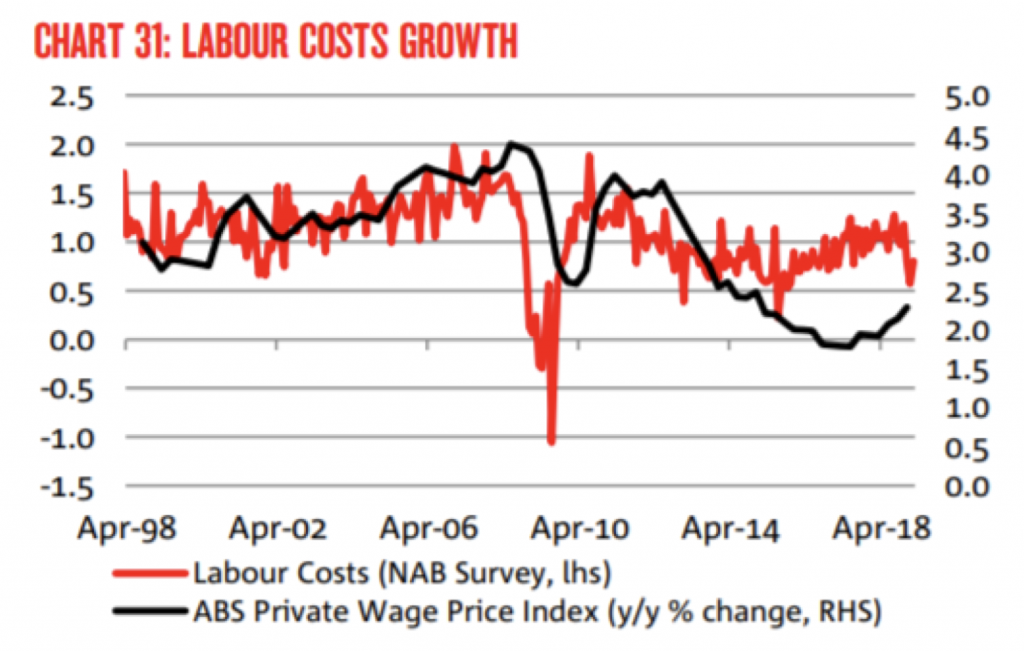 These are just a few of the charts contained in the survey from NAB; for the full picture, I recommend that you have a look at the original document here.

Suffice to say nothing in the results points to improved conditions for retail consumption oriented companies particularly, which is in-line with how Montgomery funds are currently positioned.