According to JP Morgan, companies on the ASX have, on average, received some of the largest positive earnings per share revisions anywhere in the world.  The reason is likely because our economy has been less impacted by COVID-19 than in most other nations.  But this doesn’t mean our market is looking cheap.

Back in August 2019, I wrote an article looking at what happened in aggregate during the reporting season. The conclusion at the time was more than 3x the number of companies received future earnings per share downgrades than received upgrades and the average revision was a negative 3.8 per cent.

Today we are going to look at the recently concluded reporting season where the majority of the companies listed on the ASX reported first half results (some reported full year results) and it is a quite remarkable difference from 18 months ago.

If we start by looking at how many companies beat vs missed the market’s earnings expectations, we can see that 51 per cent“beat” expectations and only 25 per cent “missed” as we can see from this table from JP Morgan: 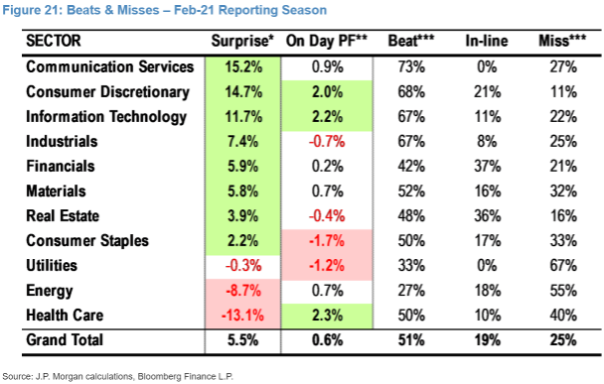 We can also see that the strength was widespread across sectors with the exception of Utilities and Energy which were the only two sectors that saw more “misses” than “beats.”

There are a few observations I would like to make regarding this:

From the table below, we can also see that 42 per cent of companies have post the results seen upgrades to the future earnings forecasts while only 28 per cent have seen downgrades: 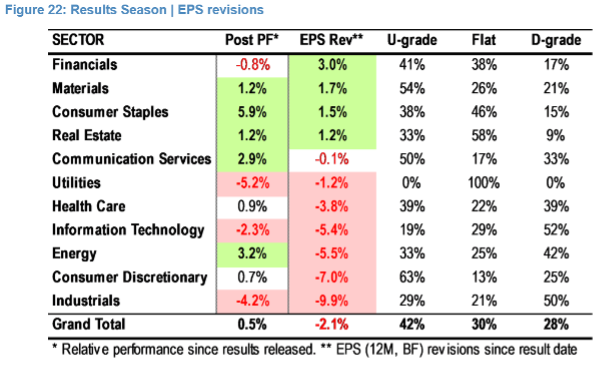 If we look at this in an international perspective, we can see that Australian companies on average have received some of the largest positive earnings per share revisions during the last month, as can be seen from this chart: 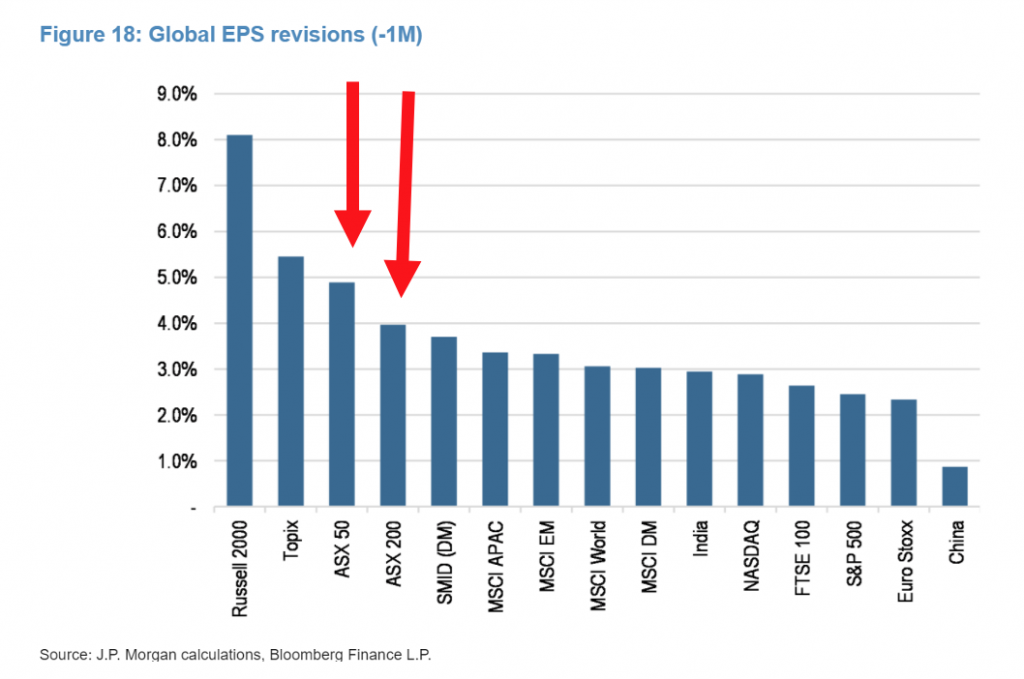 The reason for this is probably that the Australian economy has been less impacted than many other economies due to less severe lockdowns due to lower case numbers and at the same time significant government stimulus.

Despite these strong upwards earnings revisions, we have not seen a significant drop in the P/E of the market which continues to trade at very elevated levels: 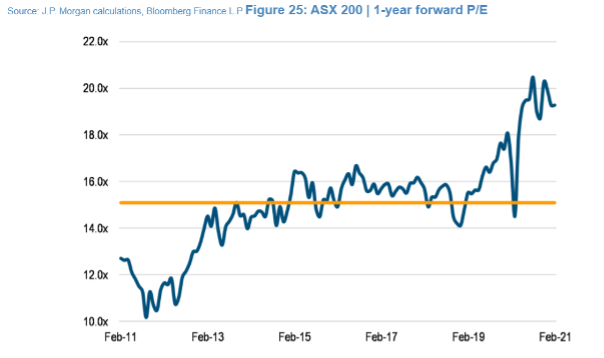 You are reading an article about: Companies, Market commentary