Codan Limited (ASX: CDA) is one of Australia’s unheralded tech stories. Today, it sells its metal detectors, communications and tracking equipment in more than 150 countries to prospectors, the military, mining companies and governments. With a solid balance sheet and a bright future, there’s a lot to like.

As readers of this blog will know, one of my favourite smaller companies in Australia is Codan. I find it interesting to find a company that has managed to carve out such a dominating market position in a specialised field and then continually reinvest into the business to enable further market share growth. As quality and value focused investors, this is exactly the kind of company that we are fundamentally attracted to.

We bought our position in Codan back in middle of 2017 when the share price was around $2.30. At that time, the market cap was only around $400 million and as the shareholder register is tightly held with close to 40 per cent of the shares still held by the founders or their families, we were significantly restricted in the size of the position we could take as we impose a liquidity limit on ourselves to make sure that we can trade out of a position in a reasonable time frame. As a result, we could only make it a 1 per cent position in the fund.

Today’s post is a short review of what we saw in Codan back then and what has happened to the company and the share price since.

If we first start with what the company looked like in 2017, it can be summarised like this:

This meant that Codan had to design a brand-new family of machines incorporating military grade encryption on the software to make sure that they were not pirated. This took a couple of years and then it took a couple of years to reestablish trust in their brand again. As a result, sales and profits collapsed in FY14 compared to FY13 and only slowly started to recover in FY15 and FY16 as can be seen from the charts below. 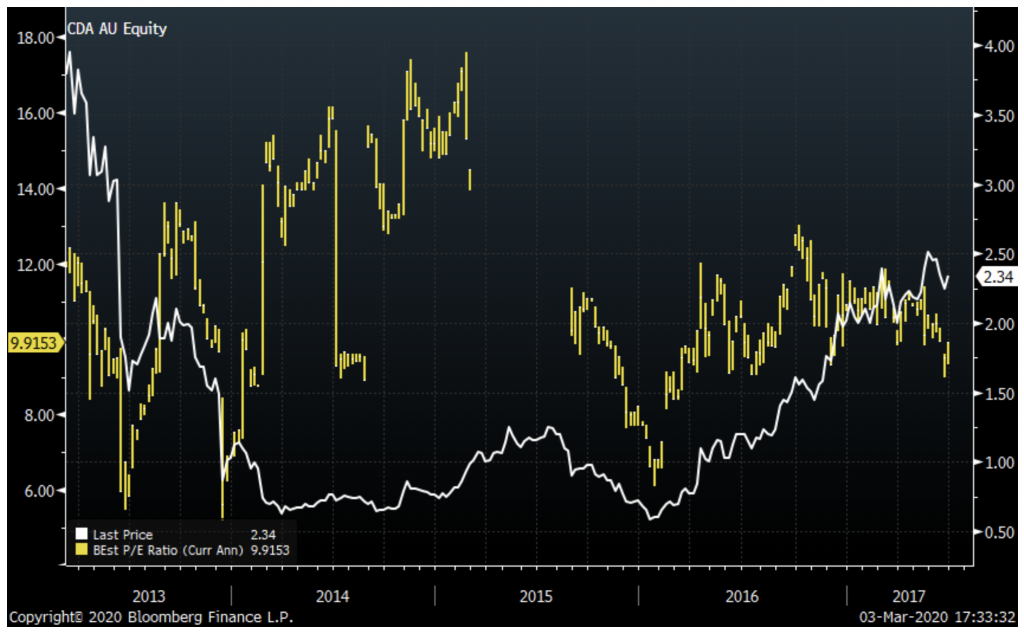 What has happened since is: 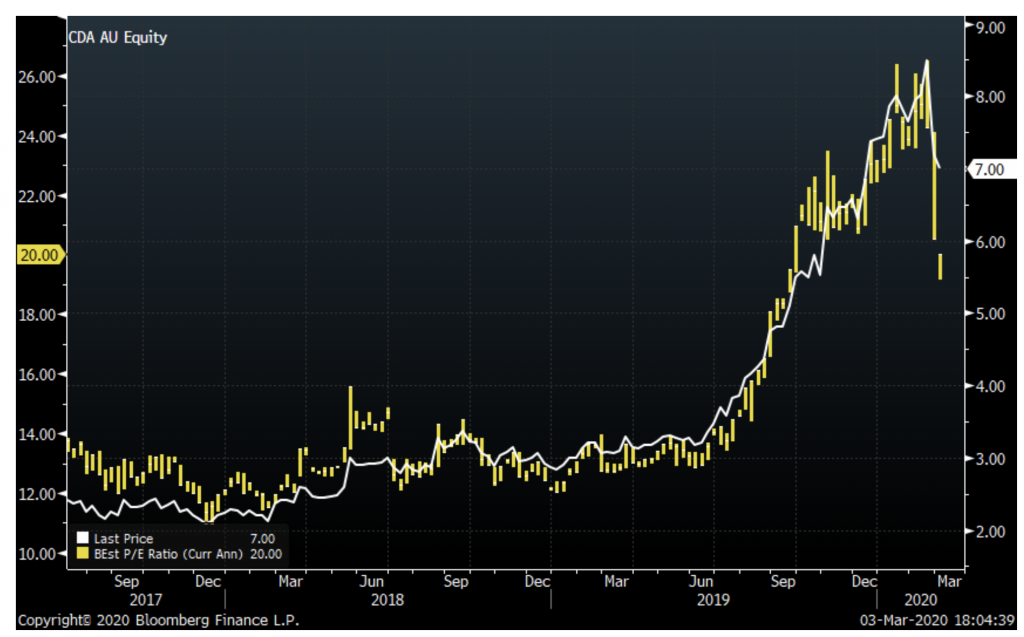 The lesson I have personally learned from our Codan investment are:

In conclusion, we continue to like Codan and believe that the future for the company is bright but with the recent rerating, the potential for further increased multiple is of course more limited than before.

You can read my previous blog posts on Codan:

The Montgomery Fund and Montgomery [Private] Fund owns shares in Codan. This article was prepared 05 March with the information we have today, and our view may change. It does not constitute formal advice or professional investment advice. If you wish to trade Codan Group you should seek financial advice.