What could blow up next? 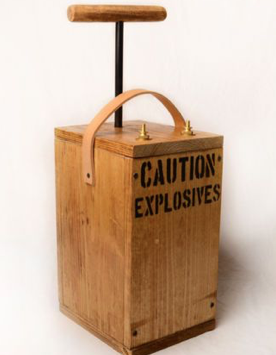 What could blow up next?

Experience in financial markets has taught us that while we cannot predict markets or prices we do know that they frequently move in a way that causes pain for the majority.  Even Buffett and Munger observed this when they noted the stock market is designed to transfer money from the impatient to the patient.

Experience has also taught us that volatility tends to cluster in short bursts after relatively longer periods of calm.

And with relative calm befalling equity, commodity and financial markets again, one should be asking what are changes or events that would cause investors the most pain and what is the probability of their occurrence?

The US dollar is very strong, commodity prices are at long-term lows and bonds are offering negative interest rates in many jurisdictions, so it does seem the world is least prepared for any reversal of the deflation-and-lower-for-longer scenario currently priced-in.

So could commodities – especially oil – rebound, could bonds reverse and the US dollar weaken?  Such moves would certainly be the most disruptive change we can think of and therefore cause the most financial pain.

Back at BT in the early 1990’s I remember a discussion about how trends can change.  They can be very deceptive because often there is no fundamental basis for the change in direction.  These days it could simply be triggered by, for example, short covering.  Even here at Montgomery we currently hold the view that the rally in the Australian dollar, iron ore and coal prices and the associated miners, is a temporary phenomenon and therefore a better opportunity to establish investments that will benefit from further commodity and Australian dollar weakness.

Investors like us see no fundamental driver for the change and therefore remain indifferent and traders who do pick the turn tend to sell out very quickly, which, when combined, leaves the greatest number of people missing the change and failing to financially benefit from it.

It’s particularly interesting that in the US, zero interest rates, low oil prices and quantitative easing have done little to spur consumption or even consumer confidence.  What would happen to consumption if oil prices rose and could they?

We have recently written about Moody’s warnings of the record junk bond debt maturing in the next four years as well as the doubling of defaults in 2015.  Most of the debt stress exists in the energy sector and while we might dismiss that, favouring a broadening of defaults across other industries as a bigger cause for concern, it is worth reflecting on the impact of the defaults occurring in the energy sector itself.

According to the Financial Times, $50 billion of debt, issued by 46 companies, has already defaulted this year and half were in the energy and mining sector. Weak commodity prices have the largest detrimental impact on the financials of upstream companies, forcing explorers and producers to cut capex.  According to the energy consultancy firm, Wood Mackenzie, around $400 billion worth of energy projects have been scrapped following the crude oil market crash.  Separately, Bloomberg quoted new data from the Norwegian consultancy firm Rystad Energy, which predicts that legacy production will tip the supply balance into the negative in 2016 for the first time in years.

Rystad Energy also estimates that the combination of a crash in oil prices and the associated cut in capex, will cause natural depletion rates to overwhelm the paltry new sources of supply in 2016. Existing fields will lose about 3.3 million barrels per day (mb/d) in production this year, while new fields brought online will only add 3 mb/d. This does not take into account rising oil demand, which will soak up most of the excess supply by the end of the year.

If oil prices were to rise, this combined with higher minimum wages in the US, could easily push inflation expectations, if not inflation itself, above the targets set by central banks.

One can only imagine the tidal wave of bond selling that would occur – from zero and negative interest rates – if inflation emerged to shock those who remain entrenched in a lower-for-longer mindset.

Investors would be wise to carefully watch for changes in the price of oil.

You are reading an article about: Energy / Resources, Foreign Currency, Insightful Insights