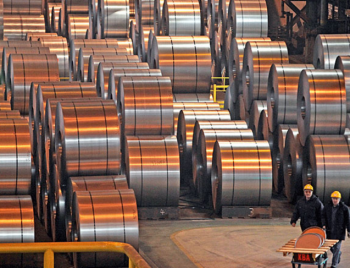 China appears to be on a collision course with the world’s leading powers over excess steel output.  The US, Japan and the EU (collectively produced 31.2 million tonnes of steel in March 2016, or 44 per cent of China’s output) have agreed to joint steps at a special OECD summit.  While the US has imposed penalties of 266 per cent on Chinese cold-rolled steel, the EU has acted more slowly and stopped at 13 per cent, but that mood seems to be shifting.

The Communist Party, fearing political protests, has done everything to recently boost China’s fixed asset investment.  Property new starts, for example, jumped 27 per cent year on year in March 2016.  Another wave of new starts however doesn’t help to resolve the issue of new housing inventory or the strongly rising private sector debt to GDP ratio.