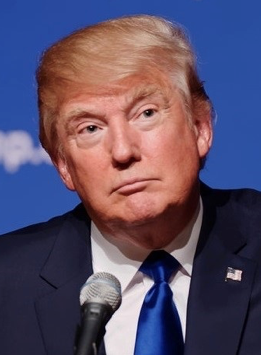 I want to talk about Donald Trump.  We marvel that such extreme views and statements can receive acceptance in the US but the reason we have this view is because our media follows the US east and west coast media, which caters to the upper middle class who know very little of the values, fears and aspirations of the hard working and less privileged majority of the USA.  We should not underestimate the possibility of Trump as president.

This blog however post is not about Trump, it is about another topic that more directly impacts investor’s returns – corporate profits.  And given the recent rally in stocks, one wonders whether it might be a prudent time to consider profits given our process and framework is still suggesting, to us, rather large cash weightings.

Earlier in the week USA Today noted that more than half the profits of the companies in the S&P500 are produced by just six percent of them.

In Australia we should be familiar with this scenario.  Of the 1800 companies listed in Australia, more than 1200 make no money.

But added to the concentration risk, and the possible obfuscation of the true economic picture that is produced when only a few companies are generating the bulk of the profits, is the fact that the earnings growth that is being produced in the US is artificial – at least partly the result of buy backs.

According to one research report we subscribe to, citing FactSet data and The High-Tech Strategist’s, Fred Hickey, “over one-third of the companies in the S&P 500 that have been buying back their shares spent more money on those repurchases than they earned over the previous year, with the difference funded by new borrowings.”

Given Berkshire Hathway is an investor in IBM, it is also interesting to note IBM’s board has decided to exclude the effects of “unplanned” share repurchases from operating EPS when it evaluates the CEO’s performance. Bloomberg suggests, over 45 per cent of IBM CEO, Ginni Rometty’s $19.8 million of compensation last year was tied to operating EPS, but the company’s shares have fallen 34 per cent since she took the helm. Since 2013, her first full year as CEO, the company spent $32 billion to repurchase nearly 175 million shares.

Buffett also encouraged the Coca Cola company to repurchase shares after he bought into the company, but one might argue IBM is not Coke. Not sure how a share buyback can be unplanned.

During our investor presentations around the country over the last few weeks, Andy Macken has noted that the US companies may be forced to pay higher wages in the future.  Indeed, Presidential hopeful, Hillary Clinton has said a 70 per cent increase in the minimum wage towards $12/hr is a central pillar of her campaign.

The prospects for lower sales and lower income growth are increasing just as stock prices are again.

You are reading an article about: Insightful Insights, Market commentary