Chinese property construction accounts for close to 30 per cent of world seaborn iron ore demand, and is probably the most important demand driver impacting the iron ore price. But with Chinese regulators trying to crimp the sector, population growth turning negative, and urbanization peaking, I think today’s lofty iron ore price will prove to be short-lived.

To explain that, let’s go through some charts with data from Bloomberg. 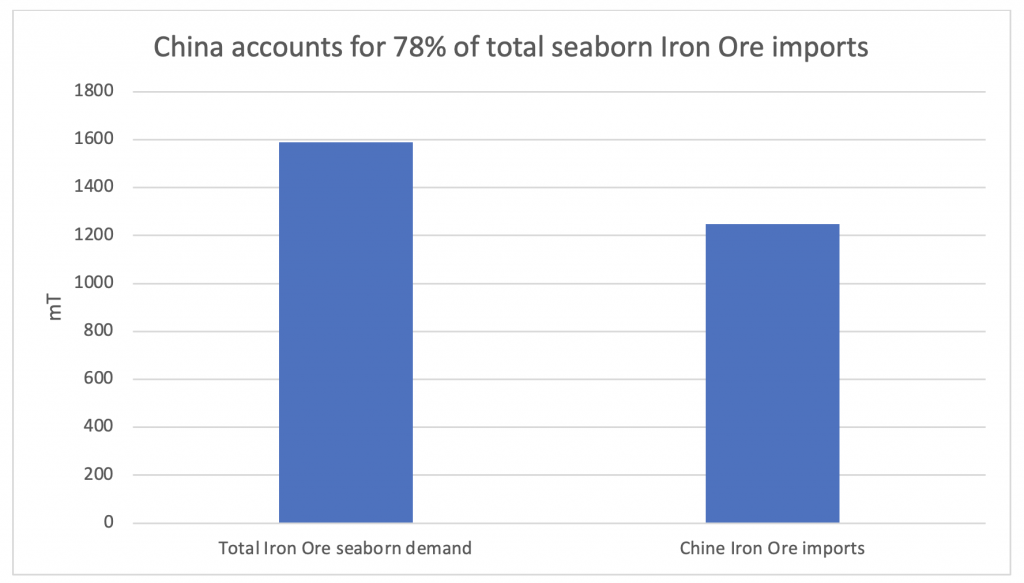 Secondly, Chinese domestic iron ore production (18 per cent) is small compared to imports (82 per cent) so demand changes in China will mostly translate into changes in import volumes: 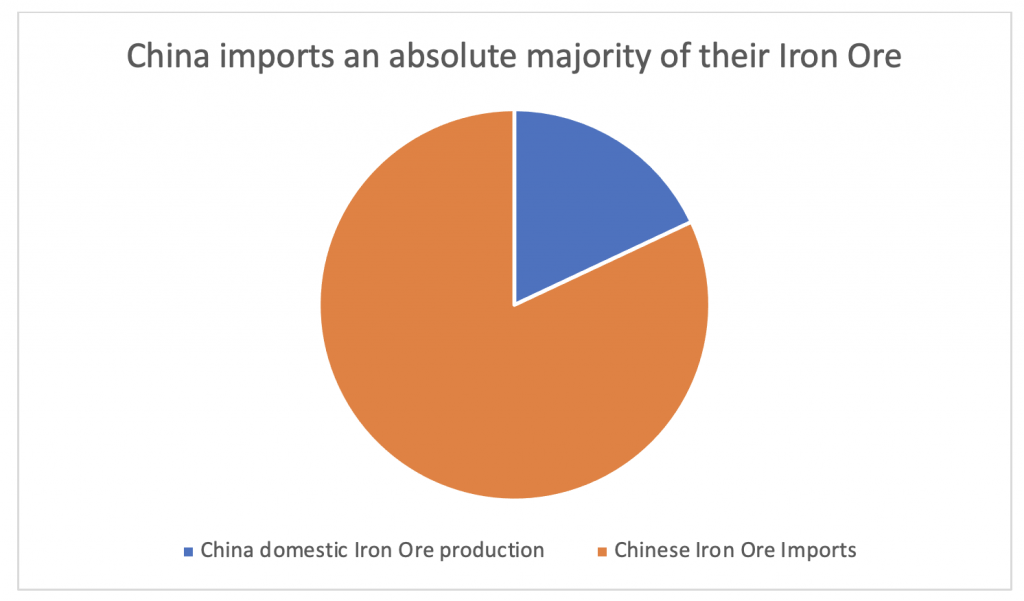 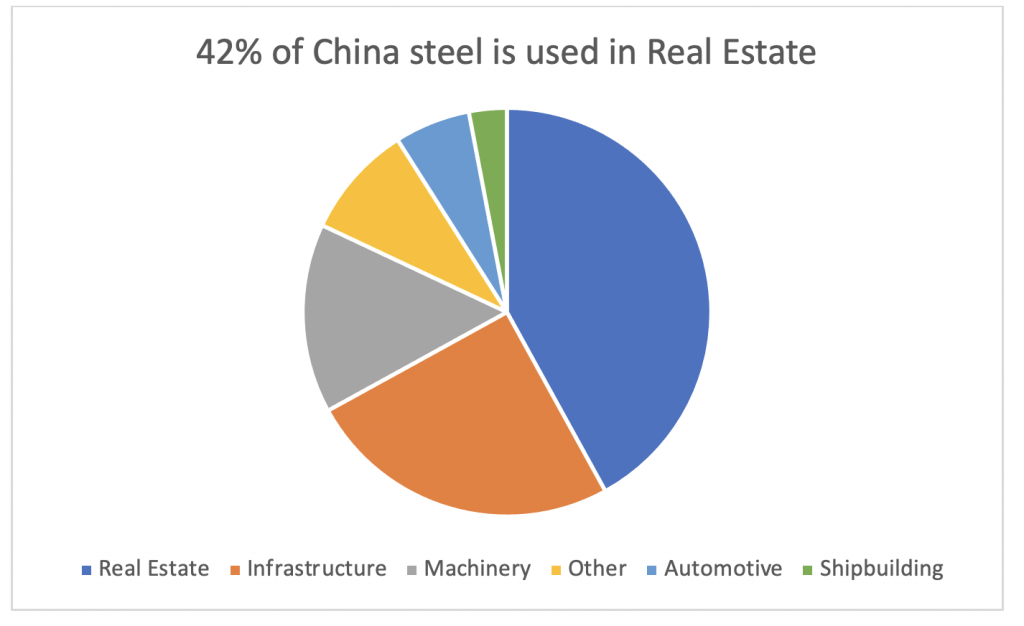 About 26 per cent (= 78 per cent * 82 per cent * 42 per cent) of the world’s seaborn iron ore demand is therefore directly dependent on Chinese property construction activity (or even more as domestic iron ore is probably more likely to be stable rather than ramp up and down for domestic political reasons) and it is hence clear that Chinese property construction is probably the most important demand driver impacting the iron ore supply/demand balance.

So, let’s now see what we can say about the health of the Chinese property developers!

We should first note that since mid-2020, Chinese regulators have been trying to lower leverage in the property development sector by regulating how quickly developers can grow their total debt through the introduction of “Three Red Lines” which are:

If companies do not fulfill one or more of these criteria, they have limits imposed on them in how quickly they can add debt as per this table:

If we now look at this list that shows the major property developers in China, we can point out some interesting things:

We can also see that the cost of accessing new debt looks challenging with the Chinese Junk bond index trading at a significant discount to international markets (highest delta in yield since 2015). Junk bonds in China are generally issued by property developers so this shows how expensive new debt is for them. 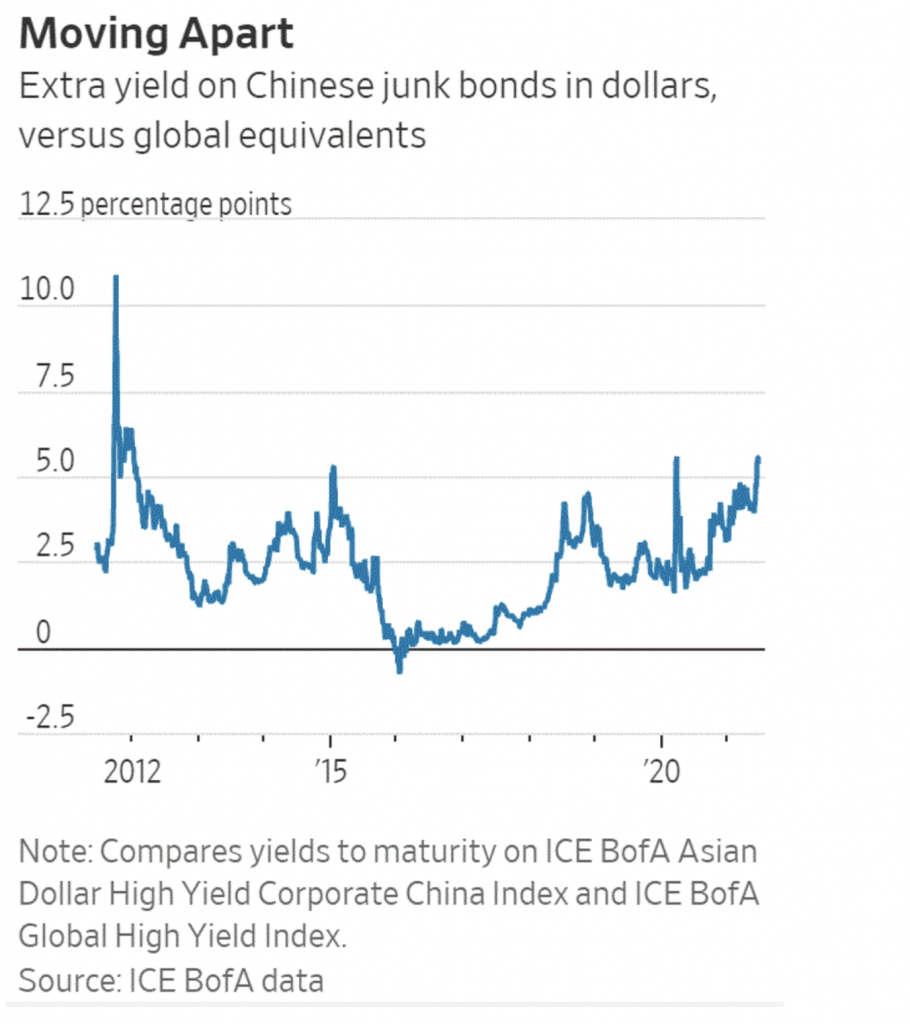 As a result, it is clear that Chinese property developers are slowing down their construction activities which we can see from this chart that shows Bloomberg data on new residential construction starts where we can see that we are currently running below both 2019 and 2020 levels by about 5 per cent: 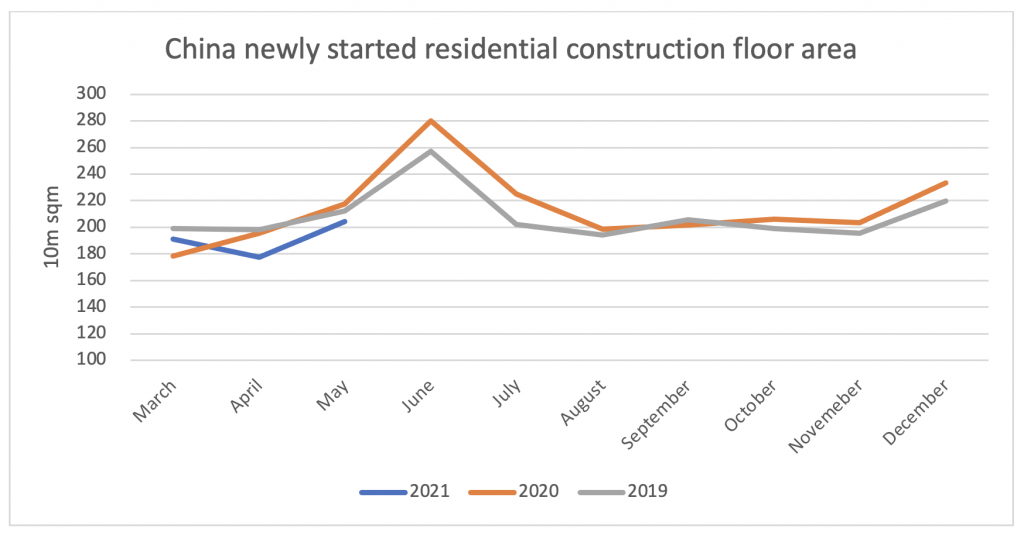 This raises a couple of questions: 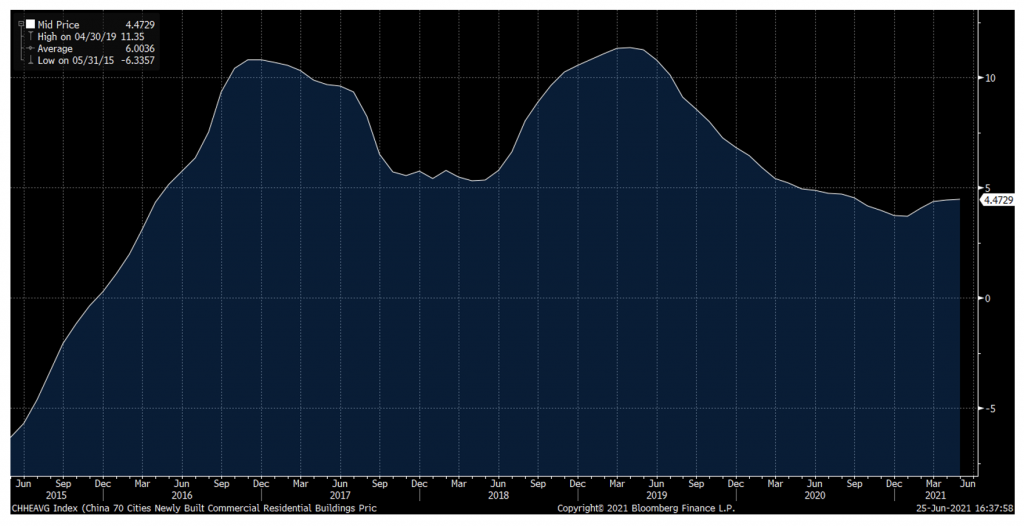 My high level outlook for the property development sector in China can therefore be summarized as follows: 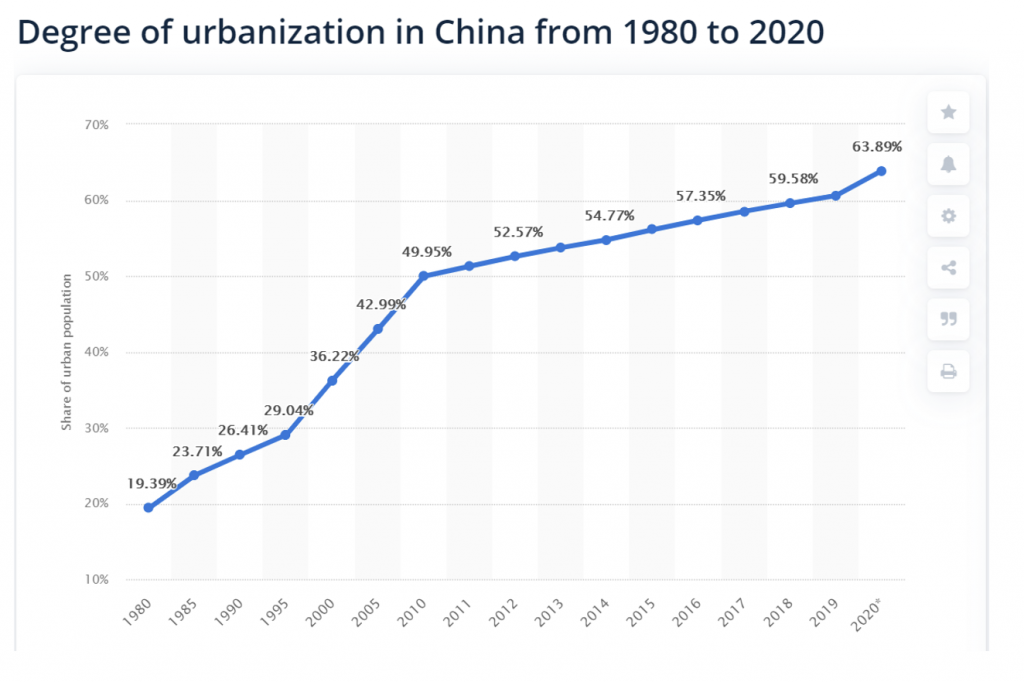 With a sector that accounts for close to 30 per cent of the total seaborn iron ore demand looking this shaky and with iron ore prices at all time highs, we are very hesitant to consider investing into the sector.