ResMed in a Holding Pattern 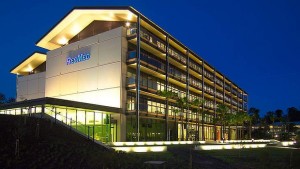 ResMed in a Holding Pattern

ResMed (ASX: RMD) has released its second quarter result for 2014, and once again it was a tale of two cities: the top line growth disappointed, while the bottom line growth impressed. So, amid these two opposing forces, which direction will the company likely take?

ResMed is a global manufacturer of products for sufferers of Obstructive Sleep Apnoea (OSA), with earnings that are divided equally between the United States and the rest of the world.

During the December 2013 quarter, the American market experienced a 5 per cent decline in flow generator sales, while mask sales remained flat. For the rest of the world, flow generator sales increased by 9 per cent and mask sales increased by 6 per cent. Management estimates that the global market for sleep apnoea can grow by 6 to 8 per cent annually, which means that the United States is a headwind to overall growth.

These headwinds have primarily been attributed to changes in the country’s Medicare system. Medicare in the US was grossly inefficient, providing reimbursements to distributors at rates that were well in excess of those paid by private insurers. Because of this, the US Government moved to a market-based approach, with the rates determined through bids by distributors. The bidding was far more competitive than the market anticipated, and has resulted in considerable consolidation within the industry.

Yet the trend of declining growth in mask sales in the US began before competitive bidding was implemented. So is there a deeper issue?

Increased competition is certainly impacting sales. ResMed has acknowledged that it’s been caught on the back foot by successful mask launches from its two primary competitors, Philips Respironics and Fisher & Paykel Healthcare. While management has often commented on the strength of ResMed’s product pipeline, it has been slow to release upgraded products to market.

ResMed has historically achieved double-digit growth after the launch of a new mask, but management has acknowledged that much of this growth was a result of market expansion (as more people became aware of sleep apnoea and sought treatment for the condition, ResMed did a good job in attracting these new customers). But now that the public is more informed of the condition, ResMed must regain its lost market share in order to attain double-digit revenue growth.

With that said, the company impressed once again with its margin expansion. The gross margin improved from 63.7 per cent in the prior quarter to 64.7 per cent, primarily driven by the weakening Australian dollar. This was most impressive in the context of the disruption in the US market, which has forced the company to lower its prices.

Margin expansion can have a positive effect on a company’s earnings in the short term, but in order to generate sustainable long-term value, ResMed must grow its top line. After several uninspiring quarters, the onus is on management to invigorate sales with successful mask launches. Unfortunately, we may not get a clear read of these initiatives until the full year results, as the market disruption in the US is likely to persist. We remain confident in both the long-term prospects of this quality company and the industry’s tailwind, and so have maintained a holding in the funds.

You are reading an article about: Health Care, Insightful Insights, Manufacturing