As most Australians venture back to work throughout the month of January, it will be somewhat of a relief that global equity markets have staged a U-turn from the previous quarter and look set to post a solid positive return for the month (as at the time of writing, being 25/1/19 the MSCI World index MTD was 4.5 per cent higher). 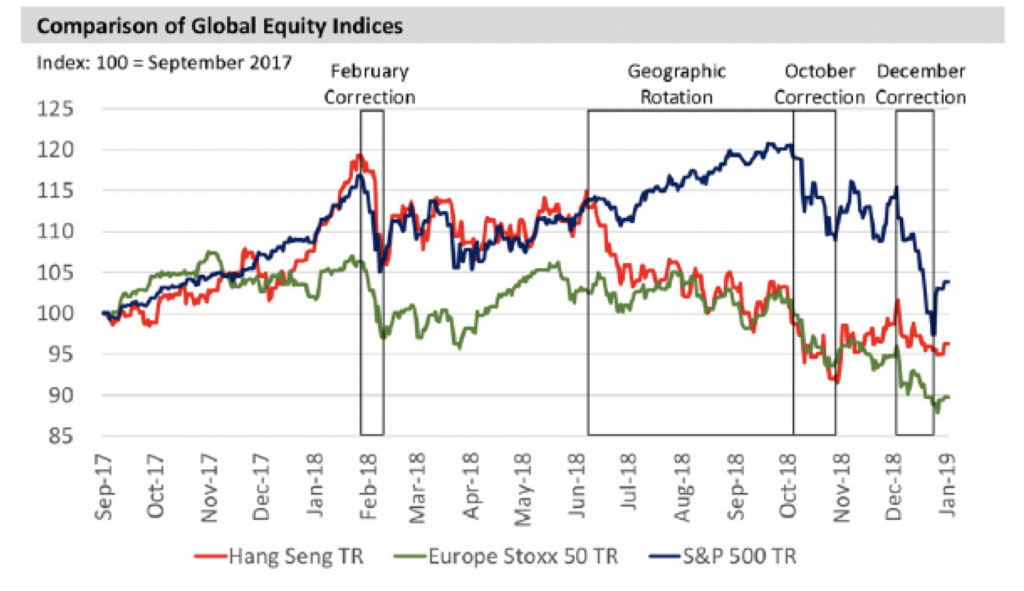 If we look specifically at the U.S. Equity market as represented by the S&P 500 Composite Index, then we saw a slide of nearly 20 per cent (19.4 per cent to be exact) which puts it firmly in a “correction” category, (a fall of more than 10 per cent) and almost into a “bear market” territory (a fall more than 20 per cent) peak to trough.

During this period, I witnessed at least a dozen investors redeeming their holdings in our equity funds citing nervousness of their capital going down if markets continued to fall. Interestingly our reaction here at Montgomery was to spend some of our cash reserves and buy more high qualities stocks at cheaper prices.

In trying to put this recent “correction” into context, because who knows if it is the start of a much bigger decline, I wanted to draw upon a recent article by the Capital Group who looked at the history of market declines.

Some of their key findings and charts are reproduced here: 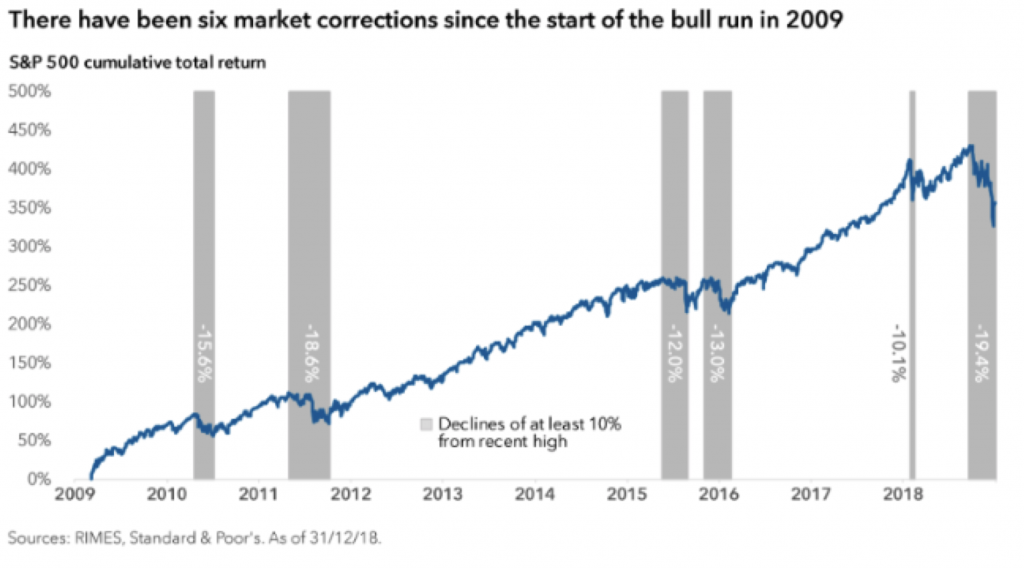 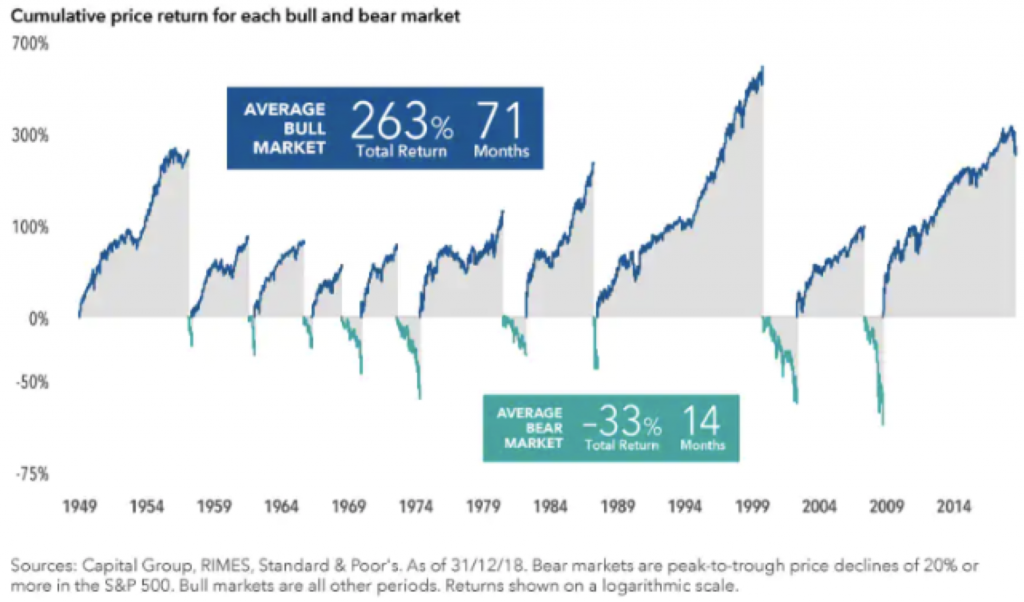 Finally, as we have written about here on the blog before and as Dalbar studies have shown, investors often don’t do as well as the funds they invest in due to two principal behavioural biases that can kick in during times of market stress, causing investors to capitulate and sell at the wrong time for the wrong reasons: herding and loss aversion. The urge to do as others are doing is a particularly powerful bias in human behaviour that has aided social development, but is not always helpful in investing.

And at this point it’s also useful to consider what some of the most successful investors have had to say about their experiences while investing.

“The first rule of investment is ‘buy low and sell high’, but many people fear to buy low because of the fear of the stock dropping even lower. Then you may ask: ‘When is the time to buy low?’ The answer is: When there is maximum pessimism.”

“You pay a very high price for a cheery consensus. It won’t be the economy that will do in investors; it will be the investors themselves. Uncertainty is actually the friend of the buyer of long-term values.”

“Everyone has the brainpower to make money in stocks. Not everyone has the stomach. If you are susceptible to selling everything in a panic, you ought to avoid stocks and mutual funds altogether.”

“When an investor focuses on short-term investments, he or she is observing the variability of the portfolio, not the returns – in short, being fooled by randomness.”

“The stock market is the story of cycles and of the human behaviour that is responsible for overreactions in both directions.”

“In the short run, the market is a voting machine, but in the long run it is a weighing machine.”