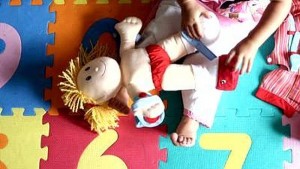 In September last year, when G8 Education shares were trading for three dollars, we asked: “Is $4.00 unreasonable for G8?”. Seven months later, and with a share price circa 45 per cent higher, we again ask a similar question but this time – is G8 worth more than five dollars?

So what has changed to drive such optimistic thinking?

Whilst it’s not the only characteristic we look for in an investment, a key fundamental we try to identify in any business is their ability to deploy larger amounts of incremental capital at high and stable – or rising – rates of return. Few businesses have the ability or the requisite competitive advantages to sustain high rates of return on incremental capital over the longer-term and when found, you want to hold them for as long as their prospects for doing so remain bright.

The competitive nature of business means that others will, over time, be attracted to the high rates of return and try to imitate the model – competing on price and driving down the returns for everyone. Either that, or they invest too quickly, fail to generate the returns, or borrow too much and blow up – as was the case with ABC Learning Centres.

Which brings us to our comparison. In an attempt to see what the future may bring for G8, we graphed the reinvestment profiles (net investing cash flows) of ABC Learning from 2000-2006, and G8 Education from 2009 to 2013. As demonstrated in the graph, G8 Education’s reinvestment trend is following a not too dissimilar path to that of ABC Learning’s in its highly profitable early years.

What we also find interesting is that given there are over 4,000 long-term daycare centres (LDCs) in GEM’s addressable market, and with GEM holding a mere five per cent estimated market share, there remains ample opportunity for the business to continue increasing its incremental investment for the foreseeable future. Of course, to avoid the fate of ABC, it will be important the company resists the temptation to pay more than four times EBIT for centres or over-gear in the pursuit of growth. Having met with management, we are satisfied the company is on the right track and are succeeding in developing systems and processes that are generating real synergies from scale.

We currently estimate G8 Education could snare 15 per cent market share and the business’ growing free cashflow snowball will allow room for further reinvestment. With that in mind, when we asked management last year what they could sensibly and responsibly deploy, they stated their level of incremental investment was between $65m and $100m annually.

More recently, in February, we again asked management the same question. We previously assumed the company’s investment growth would align with a somewhat linear earnings growth profile. We were pleased to hear however that last year’s ‘ceiling’ of circa $100m is now expected to represent a floor, and the upper range has expanded to approximately $150m in incremental capital.
Given the acquisition of 63 centers for $104.7m already this financial year, G8’s management is certainly backing their targets with action, and we can extrapolate their earnings based on a few new assumptions.

GEM uses a rough guideline of 80:20 per cent debt: equity mix, and their interest rate on the debt component is approximately 6 per cent. So $100m of acquisitions; $20m at 6 per cent equals $1.2m, minus the balance of $80m they use internally generated funds (cash flow) and equity injections

Bear in mind that consensus forecasts currently look like this:

Considering the bull case however, and assuming circa $150m of purchases are made, then a NPAT forecast of $107.3m emerges in 2016, which is well above current market expectations.
Using these numbers rather than consensus, and on current shares outstanding, earnings per share could emerge between 27 and 36 cents per share. With the average industrial company trading on 16 times forward earnings, a share price range of $4.32 to $5.76, might not completely unrealistic.

A key risk for G8 is of course a change to current legislation, particularly in regard to child care rebates and an irrational competitor entering the market and paying more than 4 times EBIT for centres. The latter would render the economics less compelling, but the failed IPO of Sterling Education late last week – amid an apparent “lack of investor demand” for large-scale start-ups – is a positive, as it removes a competitor. And this arguably gives GEM a clear run at success.

You are reading an article about: Companies, Insightful Insights, Market Valuation