Is Aldi a real threat to Woolworths & Coles? 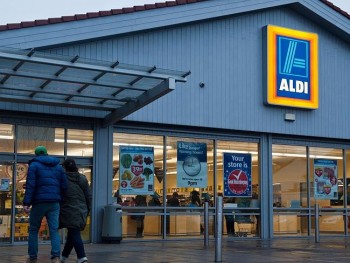 Is Aldi a real threat to Woolworths & Coles?

In recent weeks you have probably noticed a dramatic increase in the volatility of Woolworths Limited (ASX:WOW) share price and wondered: what has changed recently?  The answer is that something has caused the market to re-think the longer-term prospects of the business.

The detail is found in a very insightful conference call we had recently with the former head of Aldi UK, Paul Foley.

Below are some of our notes from that call – whilst it may not be the only reason – it partly explains the volatility and why we now believe longer-term, serious competition is not only coming to the Australian supermarket industry, but that the newer entrants may threaten the profitability of the incumbents and disrupt the competitive landscape more than you might have previously believed.

The argument is pretty simple and you may have noticed a surge in marketing by this business recently on TV in the lead-up to Christmas for example here.

We are talking about Aldi – the German discount supermarket behemoth which has gone relatively unnoticed to date in Australia since opening its first store in Marrickville and Bankstown Airport in 2001, but has been very, very busy behind the scenes building a network of 350 supermarkets, systematically adding about 30 new sites annually.

Aldi have already taken 10% per cent market share through its promise of “providing customers with incredibly high quality items at the lowest possible prices” – an offering its able to support and maintain with a very different business model to that which many of us have become accustomed.

According to Roy Morgan, “ALDI supermarkets continue to go from strength to strength, quadrupling their customer base over the last eight years from under a million to 4.2 million people shopping there in an average four-week period. While this falls a long way short of the 8.8 million customers shopping at Coles or the 9.5 million at Woolworths, ALDI’s long-term gains in terms of market share indicate that the European supermarket chain is on the up and up.

“As of December 2013, Roy Morgan’s Supermarket Currency report placed ALDI in the Top 3 of supermarkets in terms of market share. Accounting for 10.3% of all grocery dollars, ALDI surpassed even IGA (9.5%). At 39.0%, Woolworths still maintains the largest slice of the pie, while Coles continued to improve, achieving its highest market-share proportion since March 2008 at 33.5%.”

If you walk into a Woolworths or Coles and compare them to an Aldi store, you’ll notice the difference is size. The right size site for an Aldi is very very specific.  Each store must be exactly 17.5 meters wide and 40 meters long or 700 sqm.  This compares to the footprint of the big guys at >5,000sqm. If you have seen one Aldi store you have seen all 9000 in the world.  The larger Australian sites have traditionally been harder to secure, which many believe gives the incumbents an edge, but Aldi has been left alone to secure the right sites for their own model supporting and funding the development of its own rock-solid supply chain.

Having hitherto flown under the radar they are now in a position to begin to accelerate store numbers (they can easily double the number of stores from here), offer more aggressive promotional discounting, comparison advertising and ultimately take 15-25 per cent market share by challenging existing market players through price leadership.

And prices are the key to their highly successful rise. They have succeeded in every market they have selected to operate in and the incumbents have had no response simply because Aldi is 60% more efficient.  For example, rather than offering 32 different brands, sizes and types of tomato sauce as Coles and Woolies might, at Aldi you will find only one. Whilst this may cause some frustration initially, is actually the businesses core strength.  And the incumbents aren’t even thinking about an appropriate response.  Visit the Wesfarmers website and Coles is described as “a national full service supermarket retailer operating 741 supermarkets”.  There not even thinking about the competitive force that has destroyed the margins of the incumbents in every market they have entered.

Rather than spreading their buying power over 32 different sku’s, Aldi focus on the best quality product they can secure for the price they can achieve and push all of their buying power through that one product and the one supplier. The benefit of this is pretty clear – this enables the business at just 350 stores to already match or better the terms of the more established players and offer even lower prices. Think about that for a moment, at 350 stores Aldi has more buying power per SKU than Woolies with 872 much larger stores and Coles with 741 stores. Woolworths’ and Coles’ High Quality low Cost strategy cannot compete because they are wedded to a wider range of SKU’s and even if they reduce their range through generic branded products, they play right into the hands of Aldi who is up to 60% more efficient.

The call went on to not only to further discuss Aldi’s business model but the success that discount retail chains such as Aldi and Lidl have had in Europe. Together they have put immense pricing-pressure on the incumbents.  We note the pressure on margins might be lessened or the impact may take longer to fully mature because Lidl is not present in Australia.

To gain some understanding of the impact a highly evolved discount grocer can have on a large incumbent take a look at Carrefour SA (PA:CARR), one of Europe’s largest food retailers and by no-means a Johnny-come-lately. Carrefour was founded in 1959 in France and operates a network of >10,000 hypermarkets, supermarkets, hard discount stores, convenience stores and cash-and-carry outlets and e-commerce services.   The company employees 363,989 staff. The impact of ‘hard discount retailers’ such as Aldi and Lidl has been profound on Carrefour. In 2013 margins have fallen to 4.9 per cent and 2.9 per cent respectively.  The share price reaction to this falling profitability has been profound. At its peak, Carrefour SA shares traded for ~€70, today they trade at €25. This is not an isolated story. A quick Google search uncovers numerous articles on Aldi and Lidl and the impact they are having all over Europe:

Morrisons, Asda, Tesco and Waitrose continue to take a battering from discounters
Aldi and Lidl continue to grow in Irish grocery market
Tesco in turmoil

It doesn’t take much imagination to see the same market pressures impacting operators here in Australia and this is exactly what Aldi has positioned itself to do.

For a business like Woolworths, currently enjoying the best margins in their history – EBITDA margins of ~7.9 per cent and EBIT margins of ~6.2 per cent on average for the past 4 years -there is potentially pain to come.

In its 2008 report, ‘Report of the ACCC inquiry into the competitiveness of retail prices for standard groceries’, the ACCC verified the competitive impact of ALDI generally on supermarket competition and of the establishment of an ALDI store on nearby MSC store prices, “ALDI has been a vigorous price competitor since its entry into Australia and has the incentive and the ability to engage in sustained price competition. This has had a dynamic impact on the grocery sector and brought about competitive responses from Coles and Woolworths on many products” and “Even if a customer does not shop at ALDI, they obtain significant benefits from having an ALDI in their local area or state, as the Coles or Woolworths store prices more keenly”.

Indeed, in 2010 the then ACCC chairman remarked to a Senate Committee on 10 February 2010:

“It has become well known that ALDI – I am not here to advertise for ALDI – through its specific business plan of a limited number of items but at very low prices, home brands – is providing a competitive tension to Coles and Woolworths and other supermarket operators – IGA, Supabarn and the like – in respect of the items that they sell. That has proved to be an important competitive tension. We demonstrated that in the grocery inquiry and I think it has been demonstrated in a number of surveys that have been taken since”.  We will leave a discussion about the economic and domestic business destruction caused by government policies that focus only on “consumer benefits” and providing consumers with the cheapest prices to previous posts. Aldi has a 20 year plus plan.  It only enters markets where GDP is high and where people are willing to compromise on high expectations of quality to save money.  At the same time it only enters markets where high wages exist so that its efficiency model counts for something in terms of cost.  If wages are low in an economy, then the efficiencies of Aldi through employing many less people – because of the limited lines it offers – Aldi won’t enter. Aldi won’t enter if there is no hard discounter already established.  We note that Aldi is highly profitable and successful despite TARGETING 3-4 per cent EBITDA and ~2 per cent EBIT margins – which interestingly as we have shown, is where Carrefour’s margins have trended to.

If Australia has similar experience to Europe with discount retailers, Woolworth’s margins could eventually HALVE and earnings fall 30-40 per cent in the years ahead assuming our market continues to grow by 3-5 per cent.

It’s a risk that should not be underplayed given Woolworths is widely-held by investors and the Aldi threat is real and is gathering momentum.  With 350 stores and $3.5bln in sales Aldi is positioned to migrate its supply chain from its nearest neighbouring country to local suppliers.  Once this happens, its costs fall and prices can start coming down even more aggressively if it choses.  You will then start seeing Aldi advertise on the basis of comparison, Australian made and even on the basis of superior quality.  Expect to see chefs using Aldi products and advocating the superior local quality.

Further, Aldi is extremely well funded, is debt free and its private shareholders are some of the wealthiest families in Europe and given they do not need the profits, they re-invest EVERY last penny back into the business to constantly improve its efficiency.

We believe this is something worth watching very closely in the years ahead but for now, you will at least know why Woolworth’s share price has been volatile and why, prior to the most recent weakness we ceased to be shareholders in Woolies.

You are reading an article about: Companies, Consumer discretionary, Insightful Insights, Investing Education