COVID-19 Testing data – Part 2 The story for Italy, the UK and US

COVID-19 Testing data – Part 2 The story for Italy, the UK and US

We have been tracking COVID-19 testing data, rather than just cases alone and understanding how testing might give us some early insight on the preparedness of governments, and also to the dynamism of their response upon realising that a COVID-19 problem exists. Governments, if prepared, would want to utilise the ability to test as an early warning system first. We looked for consistent testing data and can update you on in Italy (IT), UK,  and the US.

In our first article, we talked about South Korea. South Korea has tested hard, and it looks so far to have been effective. Volumes of cases have fallen.

Italy – The dangers of not knowing disease incidence 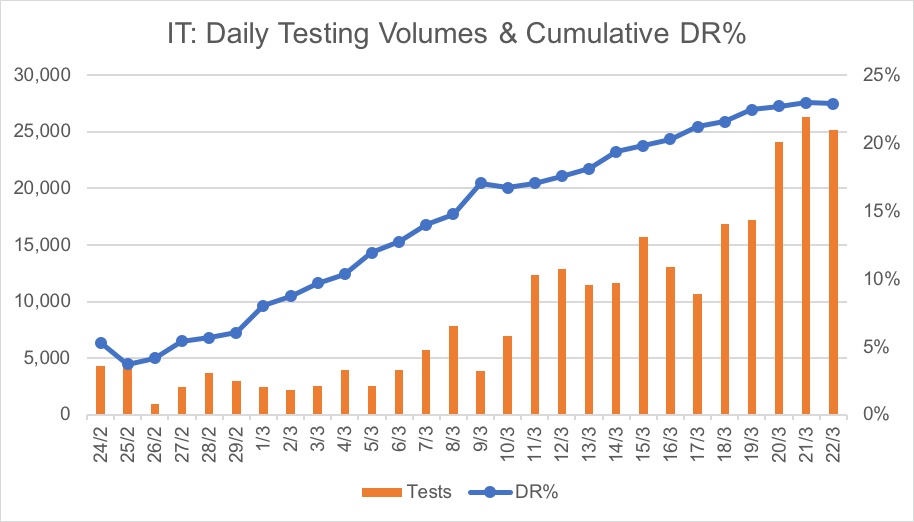 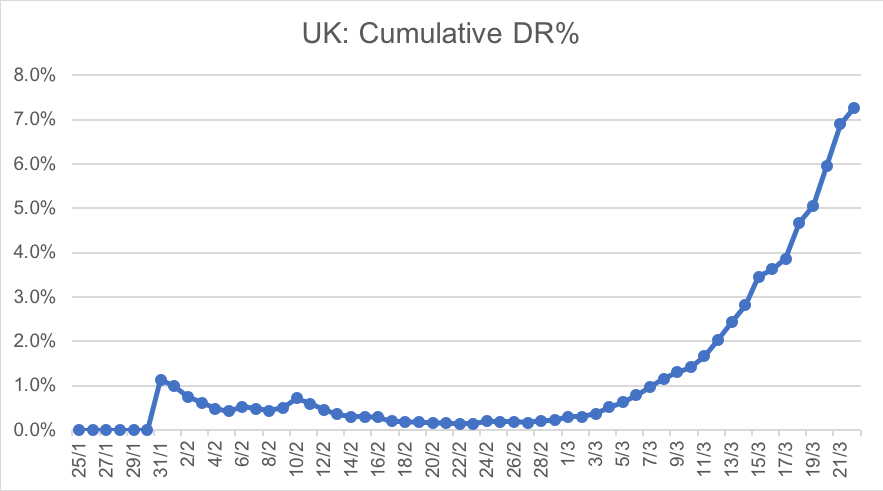 The US – why we are holding so much cash

So where are we today in the US?

Testing is ramping hard, the industrial might of the US has now been tasked to solve the scaling of testing problem. Its ripping now – see chart below – data suggest the US performed 2,234 tests on 12/3/20, yesterday (US time) saw 46,154 tests performed.  Its clear from the political narrative that test volumes will rise – with President Trump calling out 2 million tests a week would be available by the end of next week, and 5 million the week after that, suggesting that that volume level would not be needed. We hope so. 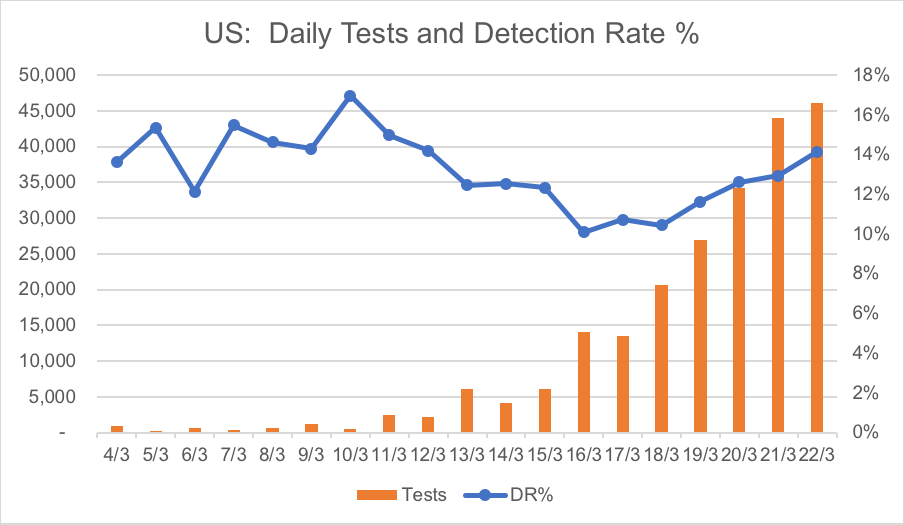 We now have Part 3: Data for NSW, Australia available.