After many years of under-investment in infrastructure, Australian governments have recently been on an infrastructure spending frenzy. Some projects have been worthwhile. Others have not. Is it time to pause and think more carefully about the way public money is spent? 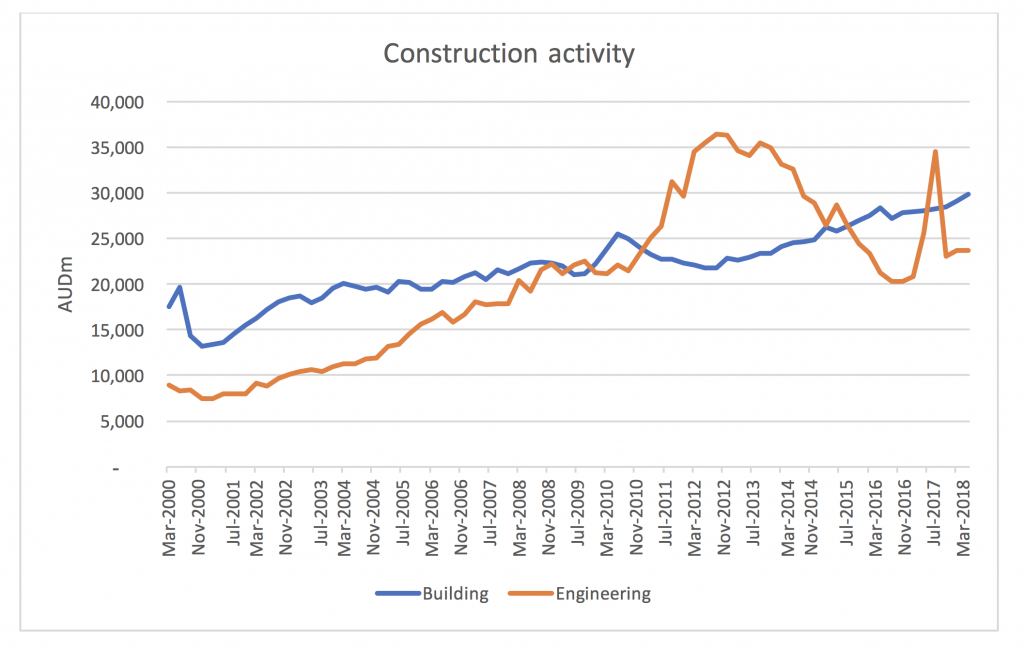 Recently, we have started to see a downturn in dwelling approvals across the nation as we can see in this chart:

This downturn in dwelling approvals does mean that construction activity related to Buildings cannot be expected to grow and will most likely go backwards over the coming years as there is a good time lag between an approval and the actual construction of a building.

This means that we need to have good growth in infrastructure spending for the total construction sector to be healthy.

Infrastructure spending is generally controlled by government at different levels and, as a taxpayer, I am quite keen that the governments spend the tax I pay in the most efficient and value creating way possible.

Even though Montgomery’s offices are not in central Sydney, I am almost daily visually reminded of a project that I think it is fair to say does not meet the above criteria. This is the light rail project linking Sydney CBD with Randwick.

The NSW government contracted the Spanish construction company Acciona to construct the project and it is becoming quite clear that this project looks to be a complete disaster with big delays and massive cost over-runs.

Maybe this is not surprising when we read that:

Given the pace that the Australian population is growing, it is clear that money has to be spent on infrastructure. But it is important that money is spent on: