An audacious bid for iiNet? 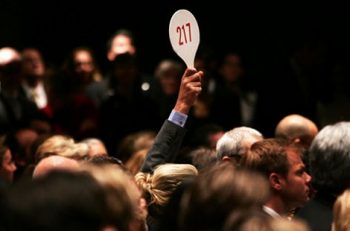 An audacious bid for iiNet?

I have always admired Vaughan Bowen, the founder of M2 Telecommunications (ASX: MTU). In the ten and a half years since listing at $0.25 per share, M2 has paid out a total of $1.23 in dividends and its share price has grown 44 fold to $11.00, making it one of the best performing companies in the ASX. In 2011, twelve years after founding M2, Vaughan stepped down as CEO, passing the baton to Geoff Horth, and fortunately for the business he remained an Executive Director with a focus on acquisitions.

These acquisitions include Wholesale Communications, Orion Telecommunications, Unitel Australia, People Telecom, Commander, Southern Cross Telco, Clever Communications, Bell Networks Voice & Data, Clear Communications, Primus and Dodo. Enormous value has been added for M2 shareholders through acquisition, given the company has often paid a ratio of well less than 5x Enterprise Value/Earnings Before Interest Tax Depreciation Amortization (EBITDA) – and on occasions as little as 2x – and it has then been able to drive through synergistic and integration benefits.

Less than two weeks after the ink was drying on the contract to purchase Call Plus – New Zealand’s third largest internet service provider – for A$245 million, M2 has made an audacious competing bid to acquire iiNet (ASX: IIN). The offer on the table is 0.803 M2 shares plus 75 cents cash for each iiNet share. The bid at the prevailing M2 price of $10.90, values each iiNet share at $9.75 and the company at $1.59 billion. Including the $382 million of net debt, the Enterprise Value is $1.97 billion. If the bid succeeds, iiNet shareholders would end up with 42 per cent of M2 and may benefit from the espoused “year three synergies” of $60 million.

Why do I say this bid for iiNet is audacious? Firstly, this is the first time I can remember M2 launching a competing bid (particularly against an organisation similar to TPG – that is 3.6x its own size, and with significantly less net indebtedness than itself); and second, it is paying an Enterprise Value to EBITDA ratio of around 10x, and this is at least two times and often three times the ratio it has paid for the aforementioned acquisitions.

While there is a lot of water to flow under the bridge, my hunch is TPG will return with a higher bid, and I suspect the consideration could comprise around half shares and half cash, meaning some Capital Gains Tax relief for iiNet shareholders.

The Montgomery funds own shares in M2 Telecommunications.

You are reading an article about: Companies, Insightful Insights, Technology & Telecommunications