Why we’re excited about the next market sell-off

Why we’re excited about the next market sell-off

I think we could see another meaningful pullback in global equities, triggered by volatility in U.S. bond markets. It’s a scenario we are looking forward to as it creates a fresh opportunity to invest in quality businesses at the right price.

In presentations to financial advisers around the country over the last year or two we have reminded attendees of the US credit market record level of CCC-rated bonds (they used to be called ‘Junk’ but are now referred to as ‘High Yield’) due to be refinanced in 2019-2021.

Back on December 1, 2014 Citigroup highlighted the issue with the following chart, which was also a key chart in a presentation by DoubleLine CIO Jeffrey Gundlach. 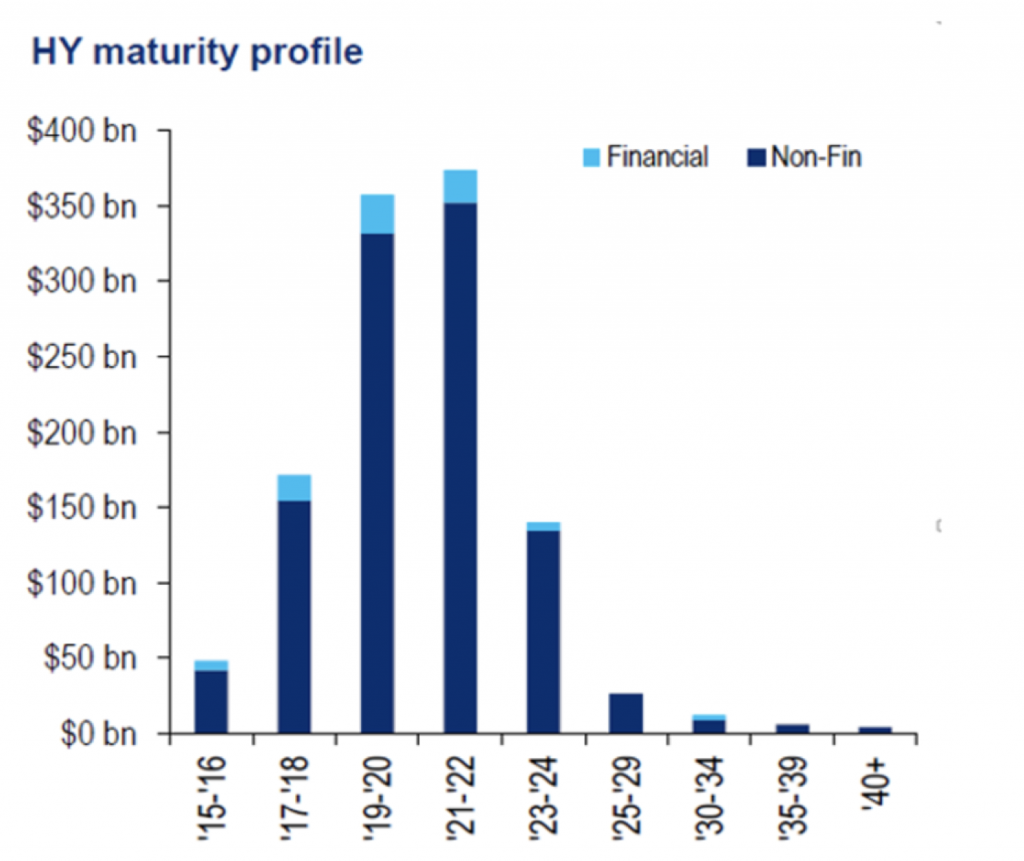 And as Figure 2. reveals, Leveraged Loans face the same issue – a wall of maturities.

Faced with declining rates on cash and treasury bonds, investors around the world migrated up the risk spectrum investing heavily in anything that offered the potential for a better return than the punitive rates offered on cash.

One of the beneficiaries of this migration of money was the US corporate bond market. Somewhat predictably, companies took advantage of low rates, and the record low spreads investors were willing to accept above Treasuries (Figure 3.), to borrow money for special dividends and share buybacks – neither of which helps to grow earnings of course. 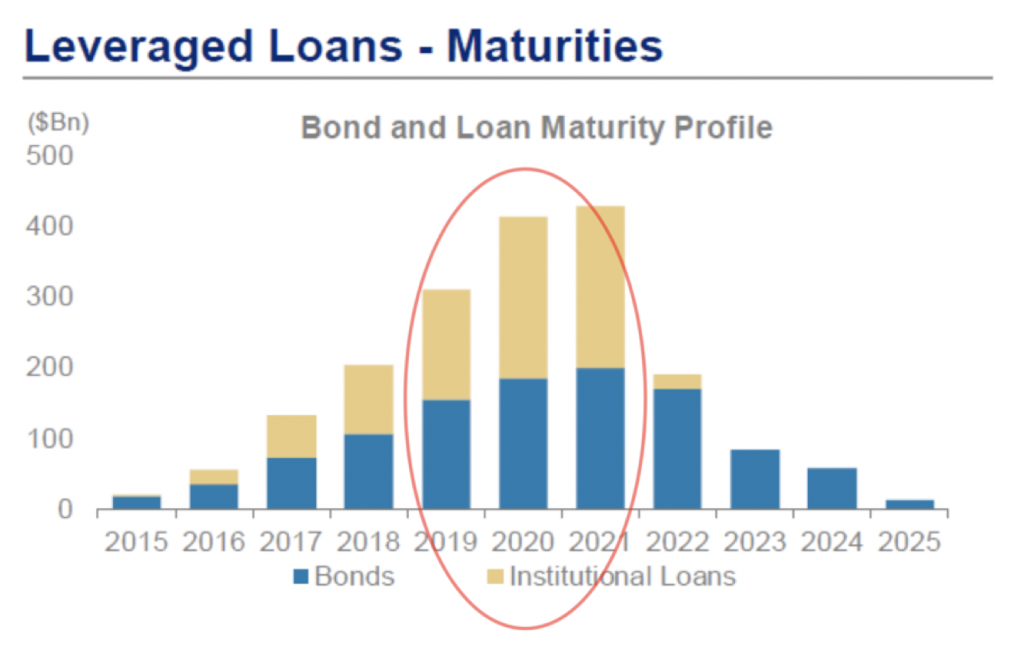 Figure 3. Interest Rate Spread between CCC and US Treasuries

Clearly one issue for investors to keep an eye on is any widening of the spread between High Yield bonds and Treasuries. This occurred in the last quarter of Calendar 2018 (highlighted in Figure 3.), arguably triggering an equity market rout, which in turn saw the US Federal Reserve pull back from raising rates further.

While the Fed’s more dovish stance has helped the CCC spread narrow again, the issue of a wave of refinancing for corporate loans has not gone away. If the Fed’s continued balance sheet reduction (QT) causes Treasury bond rates to continue rising, it will render them more attractive for some corporate bond investors who may be tempted to sell down CCC bonds in favour of investing in the improved yields offered by Treasuries. With corporate debt as a percentage of GDP now at an all-time high, the selling of CCC bonds would mean that the wave of refinancing would be occurring at higher rates, putting pressure on corporate margins and risking a rise in unemployment. Something the US Fed would be keen to avoid.

It is also worth noting that US net-debt-to-EBITDA has been rising during this economic cycle, which is uncommon during economic expansions.

But the above issue – the one we have been keen to highlight over the last year or two – is only one of the concerns investors should now be cognisant of.

One of the other triggers for the sell-off in Q418 was concern about the true quality of BBB-rated corporate debt in the US.

Back in November of 2018, Bruce Richards of Marathon Asset Management noted that in December of 2007, the start of the last recession, there was US$760 billion in BBB-rated corporate bonds but thanks to zero interest rate policy (ZIRP), the value of BBB-rated corporate bonds has risen by 400 per cent since 2007 to US$3.1 trillion and the value of CCC and leveraged loans has doubled.

Consequently, a concern exists that rating agencies have simply not been able to keep up with the volume of issuances and hence there are incorrectly-rated bonds that are sub investment grade and should be rated BB or even Junk (CCC). According to Marathon about a third – roughly US$1 trillion – should be rated BB or junk; most sub-investment-grade BB rated corporates have a debt-to-EBITDA ratio (leverage ratio) of 3.2 times yet some of the higher-rated investment grade BBB-rated debt have a leverage ratio of more than four times.

It’s worth remembering that over 80 per cent of all so-called ‘investment-grade’ CDOs rated by these agencies prior to 2008 ending up defaulting, sparking and deepening the GFC. And it’s also worth keeping in mind that a decade or so ago, less than 20 per cent of all loans were “covenant-lite” and 80 per cent had strong covenants. Today that’s been reversed.

Marathon’s Bruce Richards noted that during the past several economic cycles, during a recession, anywhere from 9 per cent to 17 per cent of BBB-rated debt fell into junk bond territory. These are the so-called “fallen angels” you have probably heard being mentioned in the market.

If a similar occurrence were repeated, Marathon’s analysis suggests that anywhere from US$275 billion to US$525 billion of BBB-rated debt will be downgraded. It’s worth noting that this is an area of the credit market with limited liquidity.

For The Montgomery Fund, what does all this mean?

Well, none of the above changes our bottom-up, value and quality-driven process. What it does mean is that we are pretty excited about the prospect of a return to more normal levels of volatility which will deliver many more opportunities than in recent years.

Fortunately, The Montgomery Fund has the ability to hold up to 30 per cent cash to protect our investors from downside risks. By way of example we held about 23 per cent cash at the beginning of October 2018, and took advantage of the market falls to December 23, 2018 to invest almost half of that cash in the market. The changing cash weighting is observable in Figure 4.

Figure 4. The Montgomery Fund Cash against the Market 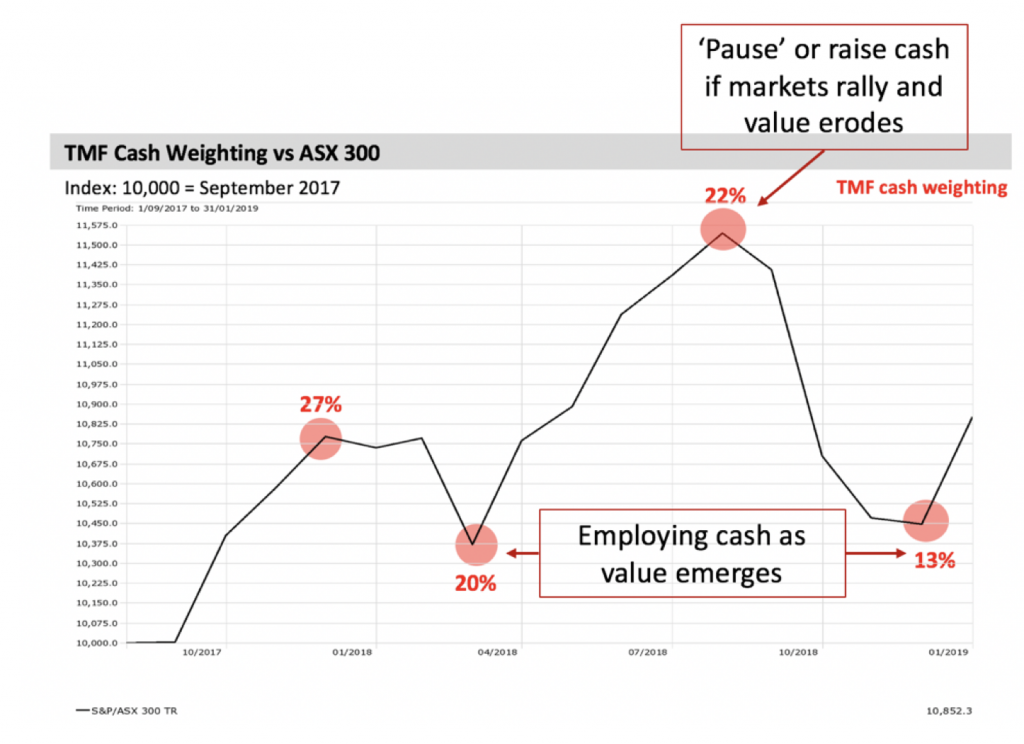 This ability to dynamically adjust cash helped The Montgomery Fund buffer investors and outperform in the December Quarter sell-off (Figure 5.)

Figure 5. The Montgomery Fund’s Performance during the Q4 2018 sell-off 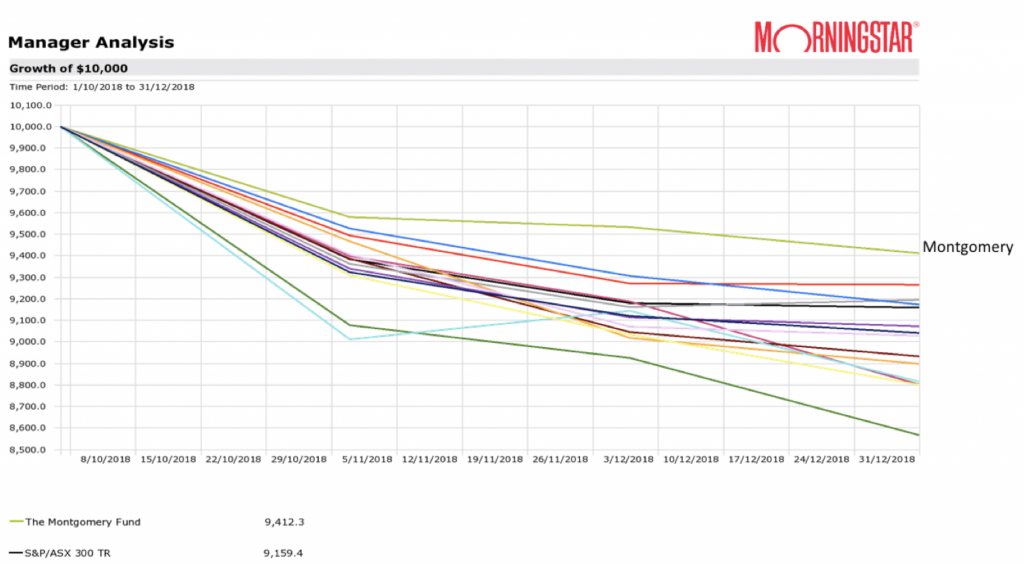 With more volatility expected in 2019 and 2020 (the bond stories above are some of the potential triggers), the flexibility to hold cash could mean The Montgomery Fund has dry powder to invest when many other funds are unable to. As I have often noted, cash is most valuable when nobody else has any.

As the Australian stock market began to bounce in January – a bounce that was sympathetic to the US experience but arguably unjustified by domestic Australian industrial market FY2019 earnings downgrades – we ceased buying. And we may reduce our equity exposure again (increasing cash) if further market strength transpires.

The concerns enunciated above simply offer another reason to expect more volatility in financial markets. The underwriting of QE by the US Federal Reserve and the zero interest rate policy, which pushed asset prices higher and forced yields spreads and volatility lower are a thing of the past.

The concerns enunciated above simply offer another reason to expect more volatility in financial markets.  Moving forward we believe the market’s blind trust in growth and momentum will be usurped by a return to a disciplined assessment of quality and value.