Why it might be time to rebalance your portfolio

Why it might be time to rebalance your portfolio

Government stimulus measures and lockdowns have led to behavioural changes that have benefited some businesses while hampering others. But, as these stimulus measures taper, and restrictions ease, we’re likely to see a lot of spending habits return to ‘normal’. And that could have a big impact on many businesses, and their share prices.

Keynes rejected classical economic theory that output and prices will eventually return to a state of equilibrium. Keynes instead proposed economic downturns instil self-fulfilling fear and gloom, which cause business investment to stall leading to a sustained period of depressed economic activity and unemployment.

The classic Keynesian response to an economic crisis is rapid government stimulus to replace the stymied business and consumer spending by borrowing to increase government spending.

What we have learned however is that the Keynesian response provides an instant ‘shot-in-the-arm’ but handicaps future economic growth through the need for eventual increases in taxation, lower government spending, financial repression (private sector funding government through, for example, zero interest rates) or inflation.

All of that remains on the horizon but even in the shorter term we are seeing limits to the effectiveness of the government’s responses to Covid-19.

Figure 1. Consumer spending surged in July but has recently tapered 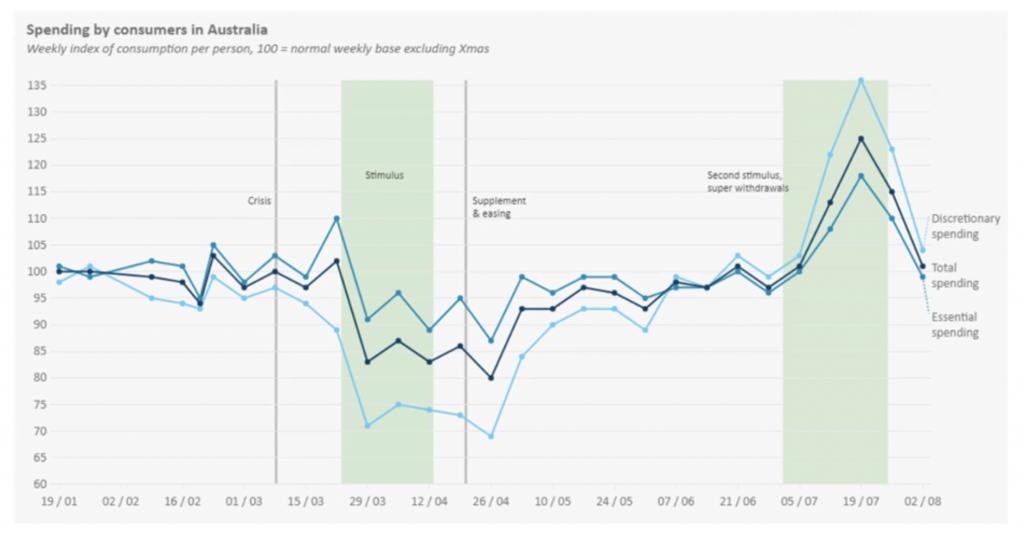 Figure 1. reveals the immediate impact on consumer spending emergency access to superannuation has had. People who were permitted to withdraw up to $10,000 from superannuation have withdrawn an average of approximately $7,000, and according to Illion have spent an extra $2,855 in the fortnight after receiving the funds compared to the average fortnight before receiving those funds. 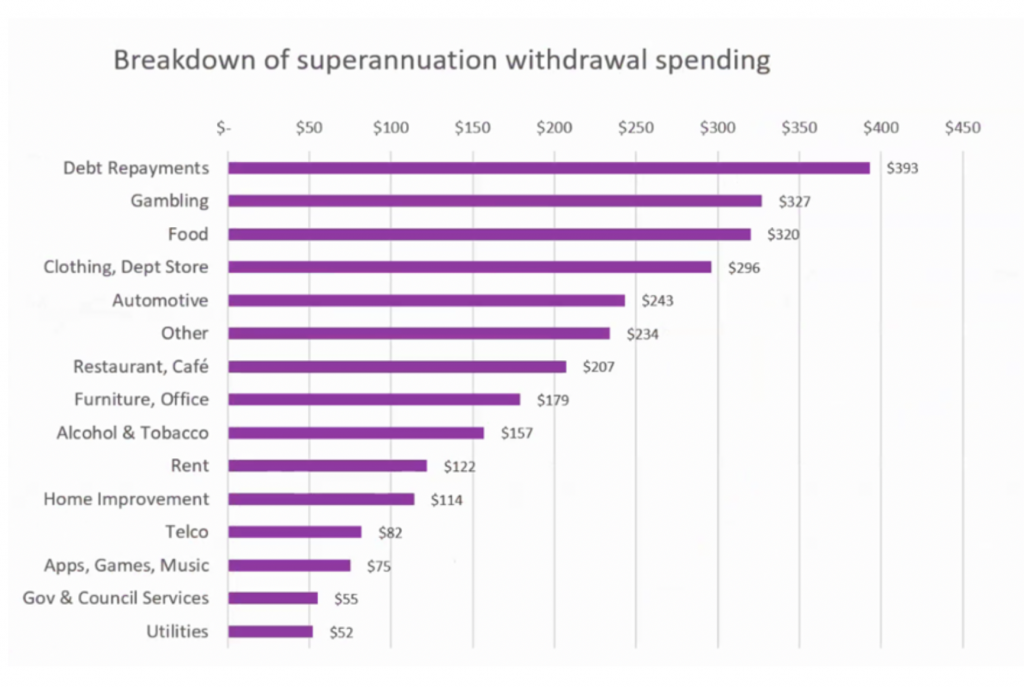 In Figure 2. a survey of 13,000 people reveals the majority of the money taken from super has helped to reduce personal debt burdens but it has also been directed to open accounts with online betting agencies. Illion also notes that men have spent twice as much on gambling as women and a third more on cars, while women have spent more on clothing at department stores and food.

Figure 3. shows the majority of the consumption response to financial handouts is fuelled by those with lower incomes.  This confirms our own view that during any crisis reducing interest rates may help stimulate investment, but it certainly widens the inequality gap between asset owners (who benefit from lower rates) and those without assets.  When evidence that the stimulatory effectiveness of cutting interest rates is beginning to wane, it is necessary to put cash in the hands of those on lower incomes.

The ongoing analysis from Illion also reveals that government stimulus and stay-at-home measures have produced a surge in the following categories: Food Delivery, Furniture and Office, Pet Care, Alcohol and Home Improvement. The combination has also resulted in a collapse in Public Transport, Gyms and Fitness, Travel, Road Tolls and Pubs.

It would however be a mistake to believe that these trends will remain as strong in the future. Therefore, investors need to be careful not to capitalise current rates of growth being enjoyed by many companies. Indeed, a mean reversion is very likely as Figure 4. reveals. 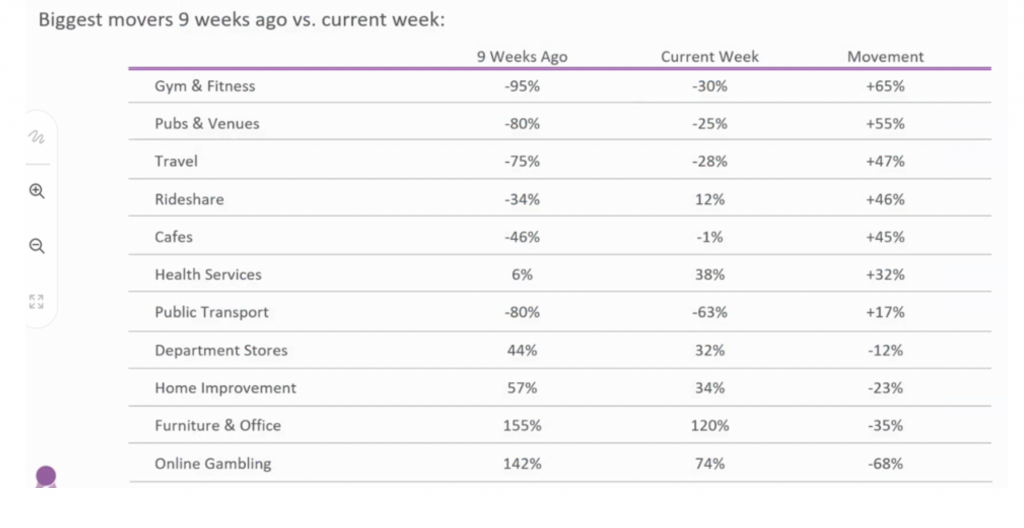 This mean reversion has important implications for sectors that have hitherto benefitted from the behavioural changes associated with stimulus and lockdowns.  As stimulus measures taper and as lockdown restrictions ease, investors need to carefully consider whether a rebalancing of their portfolios should also occur.

Keynesian economics explains the government’s response to the economic cliff COVID-19 sent Australia over. But longer term our experience with Keynesian economics reveals there is a price to pay. If a normalisation of spending behaviour is underway investors will need to ask what is there to look forward to?

Most of the talk is that COVID-19 has accelerated trends to digitisation and e-commerce and that is likely true, but if extraordinary rates of growth have been capitalised by investors (assumed to continue indefinitely) the current observation of mean reversion is something that could disrupt the bullish story.