Who wins when US yields go higher?

Who wins when US yields go higher? 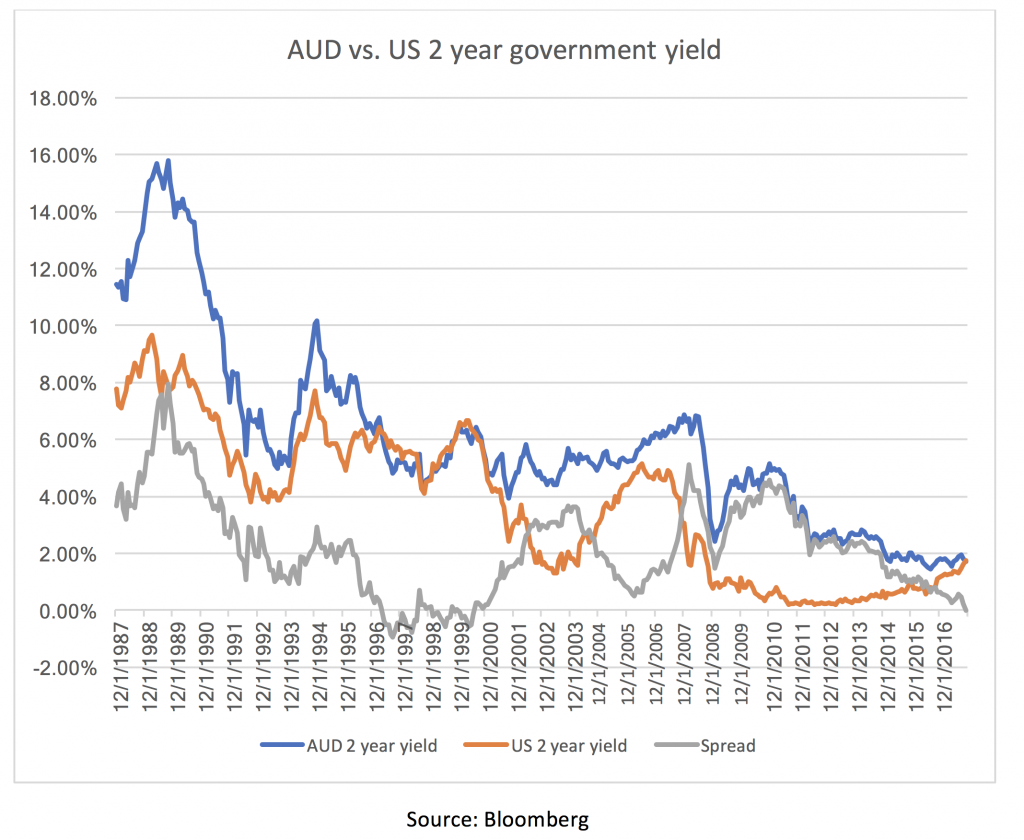 Australia has generally always had higher interest rates than the US which has helped stimulate foreign investments into Australia by investors seeking yield and also to compensate for the less diversified economy of Australia vs. US.

So, what is happening now that is causing this to reverse and what are the potential outcomes?

Let’s start with what is causing the spread to reverse:

While there are many different implications from this trend, some of the more likely things we expect to play out are:

Scenario two. If RBA raise rates to defend the AUD:

As you can see, both scenarios are pretty negative overall. As we have written about before, the Australian economy has been driven by access to cheap credit and increasing leverage and rising interest rates in other market means that access to credit will be reduced in Australia one way or the other.

We believe that scenario one is the more likely at least in the short term as the RBA is unlikely to want to be blamed for any dislocation in the property market. Coincidently we are overweight exporters and generally underweight financial companies.