Which sectors could suffer if we cut our reliance on China?

Which sectors could suffer if we cut our reliance on China?

China is Australia’s largest trading partner, taking almost one-third of our exports. But, after repeated economic actions – such as the imposition of high tariffs and import restrictions on some of our goods – it’s clear we need to reduce our dependence on China. In the short to medium term, that could be painful for some sectors of our economy.

One of the very few things that I agreed with Donald Trump on was that the western world needed to take a different and harder approach to China and the Chinese Communist Party (CCP). The exact tactics that the previous US administration took to confront the rising threat that the CCP represents to western democracies can be debated, but to me it is clear that it has started a chain reaction that will continue for a long time to come and that is in my mind a clear positive.

The atrocious things that are currently happening in Hong Kong, a city that I lived in for three years and where I still have quite a few friends living, is indeed frightening for anyone who believes that democracy in one way or another is the preferred way for people to organize their society. It also sets an extremely bad precedent for the people of Taiwan who now firsthand can see the way that the CCP would handle a reunification and I am sure that there is hardly anyone in Taiwan who would be in favor of this setting up the scenario for armed conflict in the future.

From what I can see, it seems like President Biden has continued the hawkish path on China and given that he is very much more accepted and welcomed by other western democracies than his predecessor, it is now easier for Western European leaders to take a similar approach as they no longer have to worry about upsetting their own voters by being seen to emulate Donald Trump.

Less than three months ago, China and EU agreed on a “Comprehensive Agreement on Investment” (CAI) that was designed to lower trade barriers and give EU companies greater access to the Chinese market. The CAI has not yet been ratified by the EU parliament and now it looks like this is not going to happen anytime soon after China blacklisted five members of the European Parliament and its sub committee on human rights after the EU imposed sanction on certain Chinese officials over the deplorable treatment of Uighurs in the Xinjiang province.

The rising tensions between Australia and China are probably well known to readers but it is to me encouraging to see the EU also stepping up their criticism of the CCP and I cannot see an easy way that tensions will subside as long as Xi Jinping is in charge in China, which after him having removed any term limits in 2018, could be a long time.

This was one of the predictions I wrote about back in September last year and I have to say that this scenario looks even more likely now and this will have a large number of long-term implications. I will not try to list all the implications but some of the most obvious to me are: 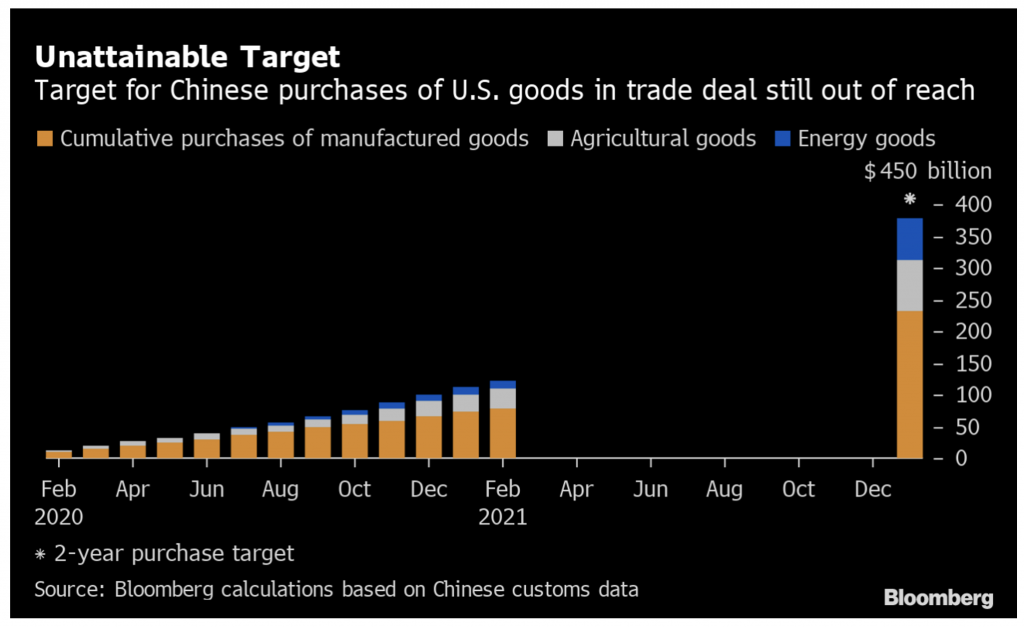 It is clear that a transition away from China dependence will be painful for certain sectors but I see it as inevitable and in the long term good for Australia. It is though something that has be taken into account in investment decisions.

You are reading an article about: Editor's Pick, Global markets