What if interest rates don’t go as high as the market is predicting?

What if interest rates don’t go as high as the market is predicting?

With many market watchers expecting the Reserve Bank of Australia (RBA) to keep raising interest rates, high growth companies with no current earnings, but with potential for strong growth, have been heavily sold off. But, due to the economic impact, I’m not so sure the RBA will raise interest rates by as much as predicted. And if I’m correct, investors will be able to pick up (some of) these high growth companies at more favourable prices.

The chart above shows the Reserve Bank of Australia’s cash interest rate over the last 10 years. Readers will undoubtedly be aware that we have recently seen a 75 basis points increase in rates to 0.85 per cent as the RBA is finally waking up to the prospects of rampant inflation. As can be seen from the chart, 0.85 per cent is still very low in a historical perspective and given that Phil Lowe and other RBA officials have clearly stated that they will continue to raise interest rates to rein in inflation, the market is predicting a lot of further increases, it is interesting to see what the market is currently pricing in in terms of future rate hikes. 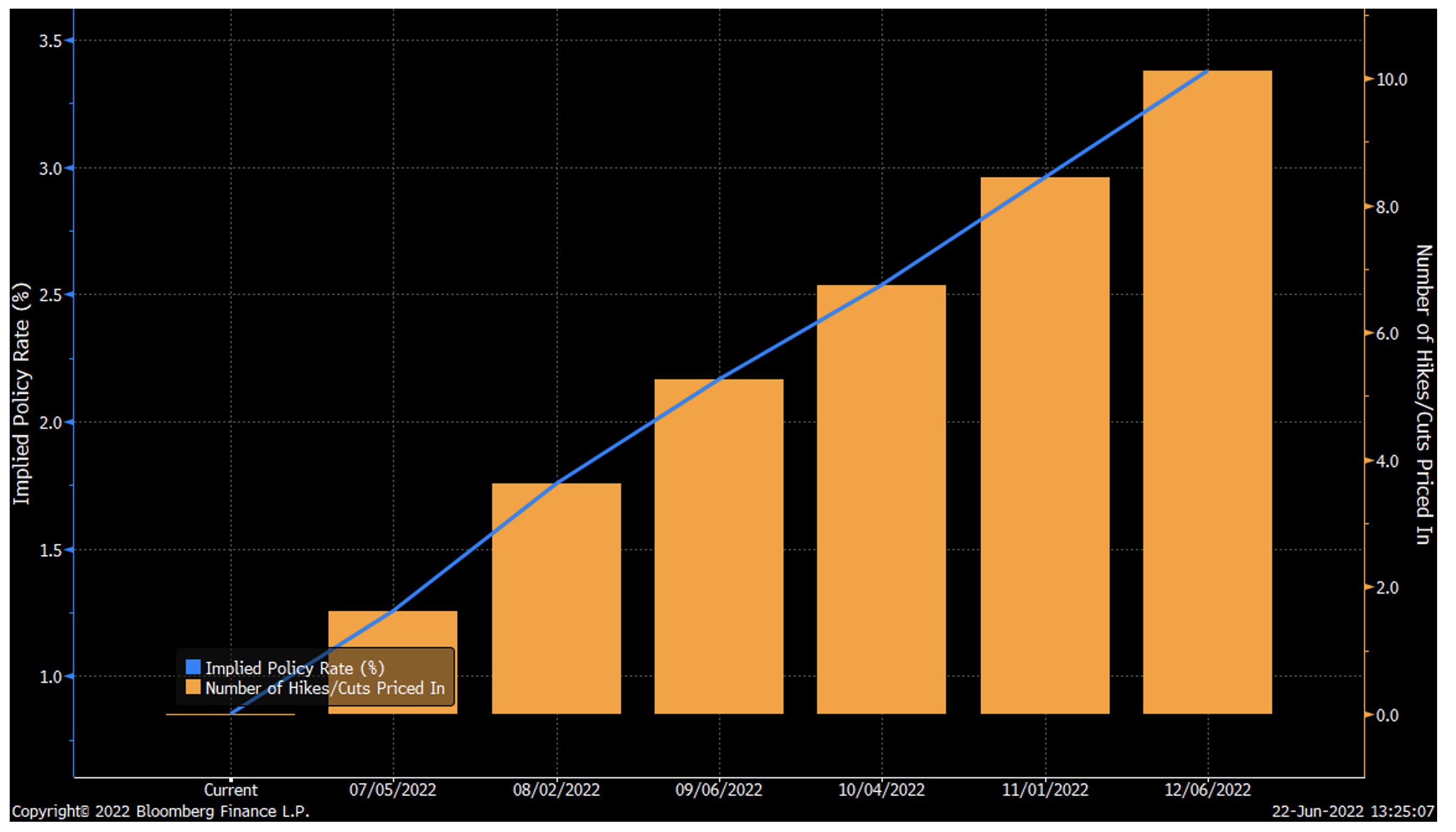 Given that Australia is amongst the world’s most indebted nations as this chart shows and with most of mortgages being variable interest rates, such an increase in interest rates would have a significant impact on the consumption patterns of Australian households: 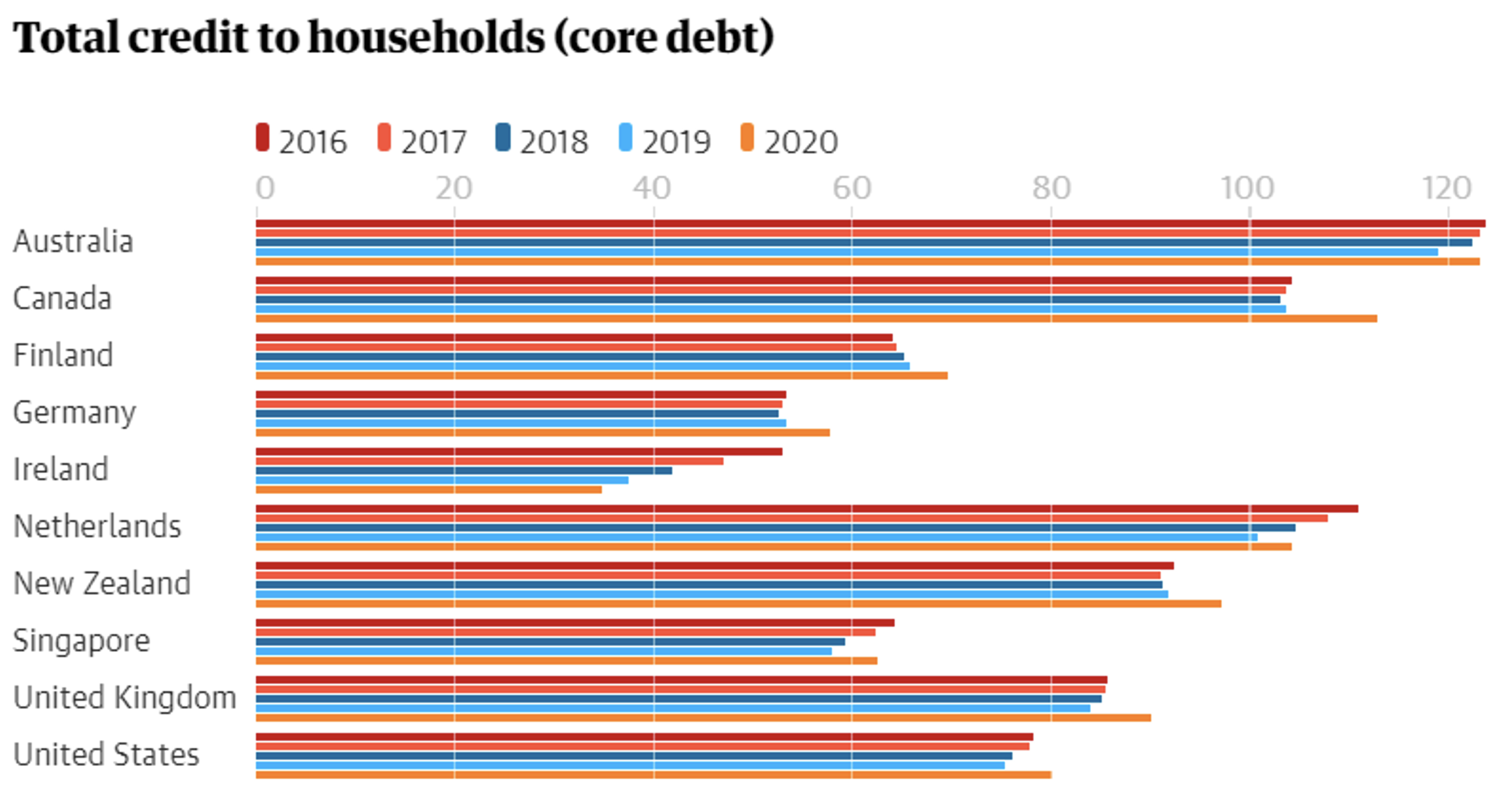 To try to assess the impact, we can first establish that the average mortgage balance in Australia is about $611,000 according to the chart below. 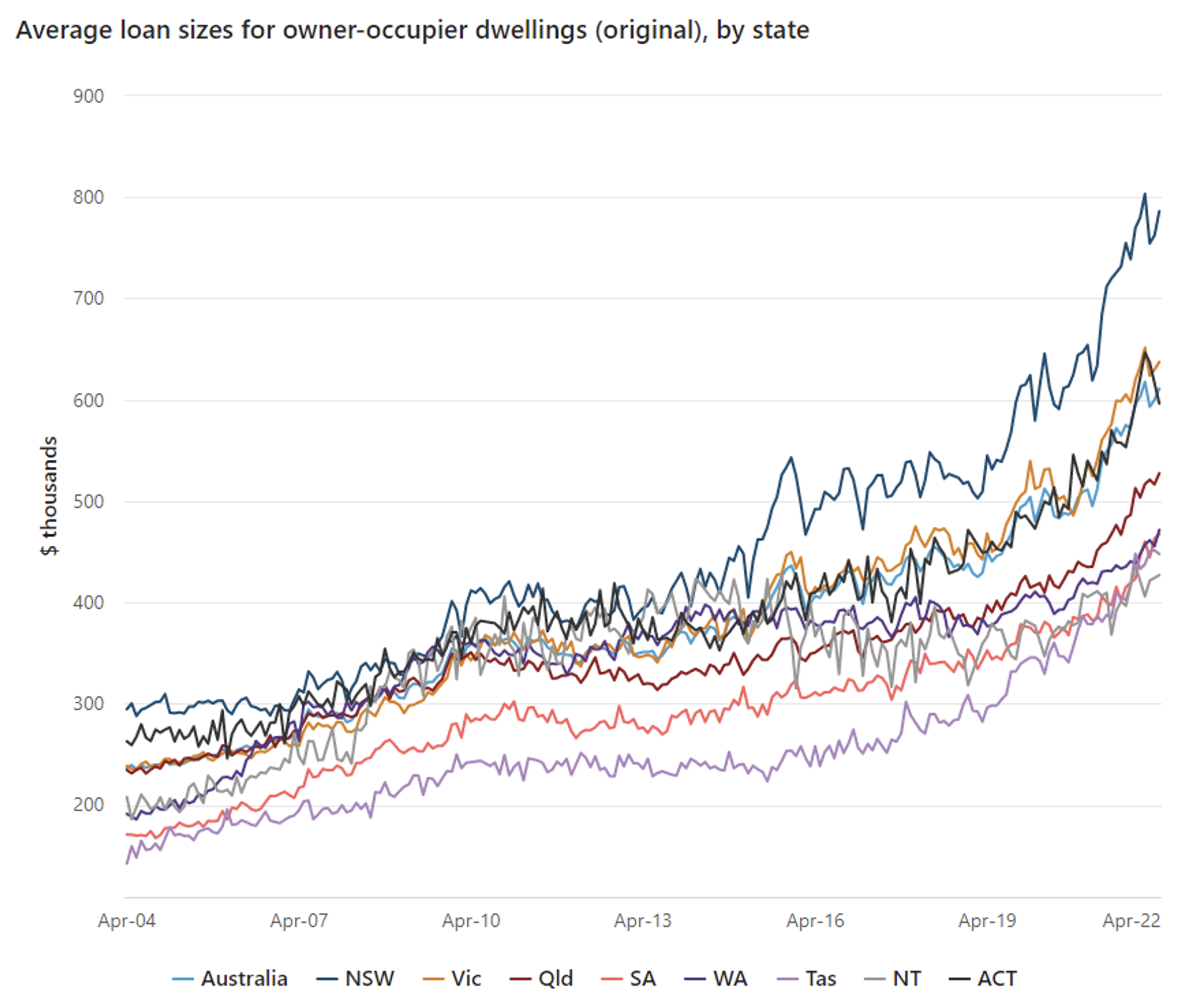 At the moment, the best variable interest rate you can get on your mortgage is about 2.35 per cent according to www.mortgagechoice.com.au. If I use that interest rate and the average loan balance of $611,000 and use the mortgage calculator on the Commonwealth Banks’s homepage, I get a monthly principal and interest payment of $2,367/month:

Again, according to the ABS, the average household income for a family of four in Australia is around $111,000 per year or $9,250/month.

The $847/month in mortgage and principal repayments that would result from mortgage interest rates increasing as much as the financial markets are currently predicting would hence account for a reduction of 10 per cent in a typical family’s disposable income.

We should remember that this increase is projected to come at the same time as households are seeing significant inflation in other necessary costs like fuel, electricity and food, meaning that households budgets are already under stress from other increases.

My prediction is therefore that the RBA will get cold feet way before they put through anywhere near the level of increases in the cash rate that the market is predicting as we will see a real contraction in discretionary consumption from households as they come to terms with the inflationary environment we are in at the moment.