Since the market bottom of the Global Financial Crisis in March 2009, the Russell 1000 Growth Index (R1G) has outperformed the Russell 1000 Value Index (R1V) by over 300 per cent cumulatively. Many investors seem fearful that this current era of growth style dominance will end with the same thud as its predecessor, when the Nasdaq Composite stock market index, after appreciating by 400 per cent from 1995, proceeded to decline by 78 per cent from its peak in March 2000 to October 2002.

The cumulative out-performance of the R1G v the R1V during the eleven years from 2008-2019 has been roughly the same as in the period from 1988-1999.  And that out-performance has been further accentuated so far in 2020.

Despite the appearance of style déjà vu, this current cycle of growth outperforming value appears to be different for the following three reasons. 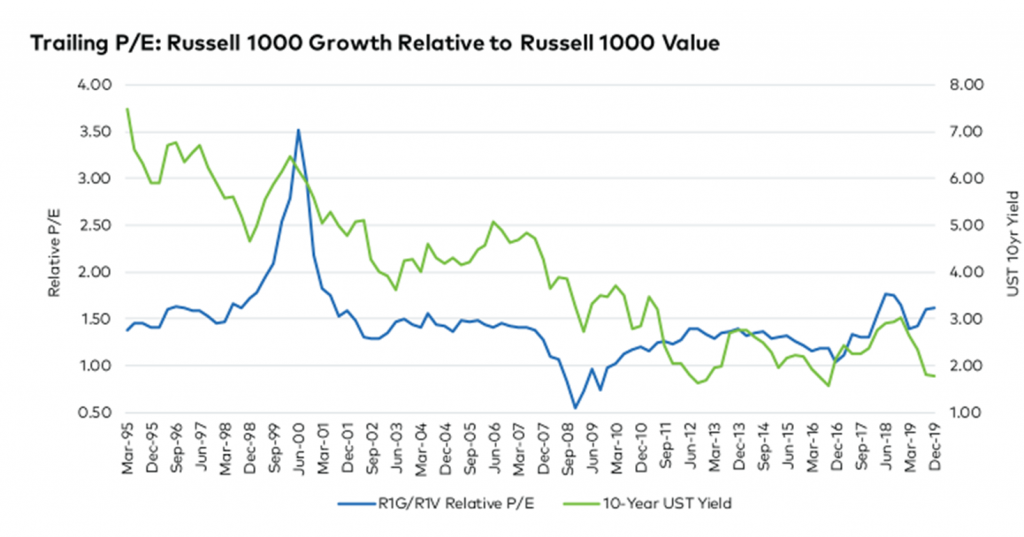 Note: The Price/ Book Ratio is one of the key metrics that Russell uses to define their growth and value style indices.  However, this ratio surely becomes less relevant in the digital age, where businesses become more reliant on intangible assets.

Despite the appearance of style déjà vu, this current cycle of growth outperforming value appears to be different than the past. Read David Buckland's three reasons for the difference. Click To Tweet
MORE BY DavidINVEST WITH MONTGOMERY

By David Buckland and Toby Roberts

While small cap companies generally involve more risk because of their lower liquidity and their greater sensitivity to economic conditions, they have proven over a long time horizon to be a rewarding asset class to allocate capital.