From an investment perspective, the $100 share price milestone is of no real significance as the share price is merely a reflection of the value of the entire business divided by the total number of shares on issue.

The corollary to this is if the stock had 10 times less shares on issue, i.e. 8.65 million shares, the share price would be the first Australian company to reach $1,000/share, again with no difference to the value of the overall business.

However, there does appear to be some level of interest from market watchers on the $100 share price, viewed by some as some sort of milestone.

For example, the race to $100 generated interest from observers back in 2007 prior to the GFC, with the three leading contenders being Macquarie Group, CSL and Rio Tinto. Rio Tinto was the first to reach the milestone in May 2007, closely followed by CSL in September (before undergoing a 3:1 split a month later) while 2007 front runner Macquarie failed to crack the ton before GFC concerns hit the share price. 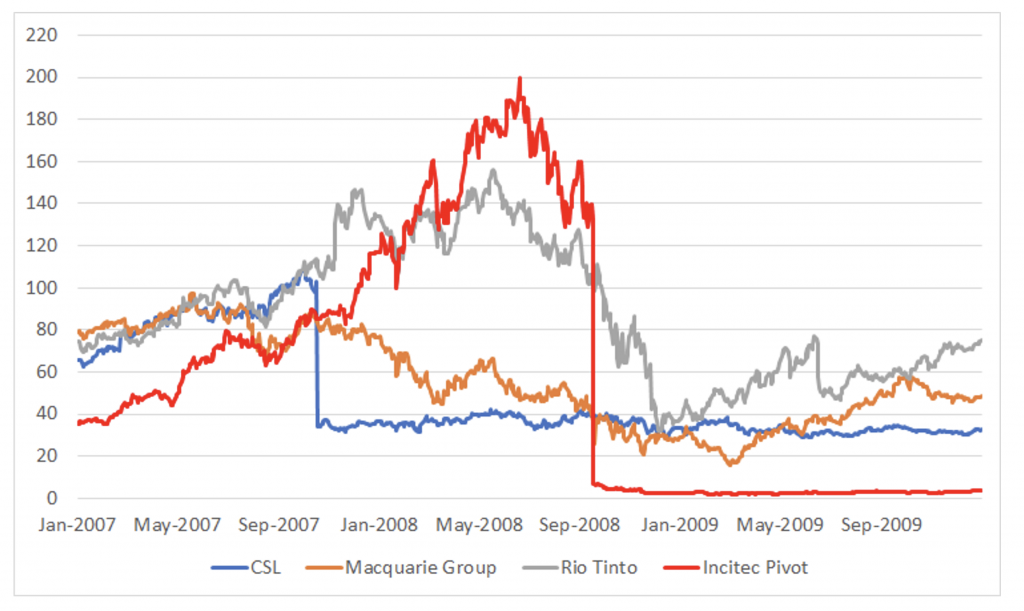 One company in this 2007 list that may be a surprise for many is fertiliser and explosives company Incitec Pivot, which made a late surge and smashed through $100/share back in December 2007. The share price closed at a high of $199.70 per share in June 2008, buoyed by the boom in energy prices before conducting a 20:1 split in September of that year.