Stand by for a big correction in apartment prices 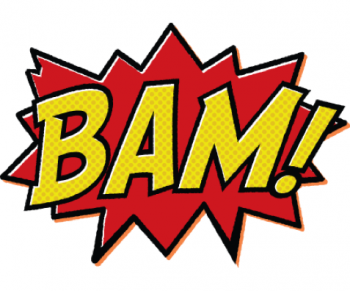 Stand by for a big correction in apartment prices

Are you worried about housing affordability?  Anxious that your kids can’t even get onto the property ladder, never mind climb it?  Well, an oversupply of apartments, plus an increasing number of failed settlements, means all that is about to change.  Cheaper apartments are on the way.

As you know, we have a strong conviction that apartment oversupply will cause a correction in apartment prices and that the historical absence of volatility in property prices will render the correction, and its magnitude, a surprise to many.

In short, our thesis is:

To be clear we do not believe that it will be investors desperate to sell that will force apartment prices lower.  We don’t believe job losses or higher interest rates will be a necessary catalyst for lower apartment prices.  They will decline because developers will be left holding the baby – a ton of unsold stock – with obligations to the banks.

It has already begun.

We are already seeing evidence of the ‘softer’ forms of discounting by developers;

In Melbourne, eastern suburb developer DealCorp is offering trips to Europe and luxury Asian resorts. There is a piece on this in the AFR (might be firewalled) Offers of free holidays and 10-year rental guarantees are also already evident.

The failed settlement scenario may also be beginning.  Many lenders that provided deposits to local buyers are refusing to provide the additional funding amid growing concerns apartment values are falling, particularly in Melbourne thanks to over-supply and falling demand.

“More than one in three of our clients who bought off the plan are having problems,” says Peter Ristevski, a partner with Chan & Naylor, a national advisory group.

Overseas investors from China are also experiencing the issues we anticipated. “Lanny Xu, chief executive of Iron Fish China, a broker’s agent in Shanghai, said about 20 per cent of his clients who purchased Australian apartments cannot complete the deal and are trying to sell.”

The AFR’s Larry Schlesinger reported 3 July 2016 that roughly one in 20 Melbourne off-the-plan (OTP) apartment buyers abandoned their purchases in June, with roughly two-thirds of those foreign-based, according to law firm Maddocks.

According to UBS, Australia’s residential crane count has surged 165 per cent since September 2014 to a record high 525 units, with the biggest lift occurring in Sydney. That’s more than a doubling of the number of cranes operating in the residential sector in just 21 months.

Dwellings under construction as a share of GDP at over 3.5 per cent are now at all-time highs and more than double the percentage observed in 2000. Moreover, most of the dwellings are multi-story apartments, rising from a total of $5 billion in 2001 to $40bn today.