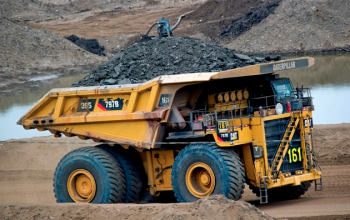 Teck Resources, Canada’s largest diversified mining company, has been one of the larger “short positions” held in the Montaka Global Fund, so it was no surprise to the team at Montgomery when the credit rating of the miner was recently cut by Moody’s to junk bond status.

Teck’s share price has been in free fall, having fallen 90 per cent from above $60 to $6 in less than five years, and its current market capitalization of $3.6 billion is well below its net debt of $7.8 billion. This does not include the capital expenditure commitment of $1.8 billion required to complete the Fort Hills oil sands project in Alberta (20 per cent interest) – coinciding with oil prices hitting seven-year lows. It’s net debt could approach $10 billion in 2016, at least four times Earnings Before Interest, Tax, Depreciation and Amortization (EBITDA). The rotating production shutdowns within the metallurgical coal division may continue into 2016 if the supply demand imbalance doesn’t improve.

This is the problem with many resource companies. More often than not, the board of directors commit the company to a significant project or acquisition when commodity prices are high. In Teck’s case, for example, the bulk of their capital expenditure is committed after commodity prices have collapsed, and their underlying cash flows and balance sheet is under strain.

The slowdown in China is contributing to weak prices within the commodity complex and commodity country currencies. Metallurgical coal is at a ten year low while copper and zinc are at a six-year low and a recovery seems some way off. For example, global demand for seaborne metallurgical coal peaked at nearly 300 million tonnes in 2014 and the constrained outlook for the global steel industry means this is unlikely to be exceeded for some years. China imported 73 million tonnes of metallurgical coal in 2013 and we expect this to decline to 23 million tonnes over the next few years. While India may pick up a bit of the slack, we believe the supply demand imbalance will require further closures of coalmines, the timing of which is always difficult to predict.

While the rating agencies tend to move slowly with respect to these structural shifts, Moody’s “negative outlook reflects the potential that Teck’s rating could be lowered in the event metallurgical coal prices fail to recover from current levels in the next 12 to 18 months.”

For the Montaka Global Fund, the short position in Teck Resources has met a number of requirements including the structural decline of its underlying commodities which has lead to a cash-flow squeeze in conjunction with a poor balance sheet. And did I mention divergent expectations?

(All currencies in Canadian Dollars).

The Montaka Global Fund and the forthcoming Montaka Global Access Fund can provide the benefits of 1) the ability to profit from extraordinary global businesses, 2) the ability to profit from deteriorating businesses, 3) enhanced downside-protection from significantly reduced net exposure to the stock market overall and 4) currency diversification.

To pre-register your interest in learning more about the Montaka Global Access Fund (minimum initial investment $50,000) click here to leave your details.