Retiring and contributing to super – what’s our current position?

Retiring and contributing to super – what’s our current position?

After 25 years, and from modest beginnings, the Australian superannuation system has a lot to be proud of. As one of the largest superannuation and pension systems globally it is well on the way to meeting its ultimate purpose of supporting all Australians as they move toward their retirement years.

Roy Morgan recently published new research that shows that only one-in-five Australians (20.8 per cent) are contributing more than the compulsory 9.5 per cent superannuation guarantee. This rate has been steadily dropping from a 2010 level of 25.5 per cent but seems to have leveled out in the mid 20 per cent range recently.

Superannuation Contributors Beyond The Compulsory Level 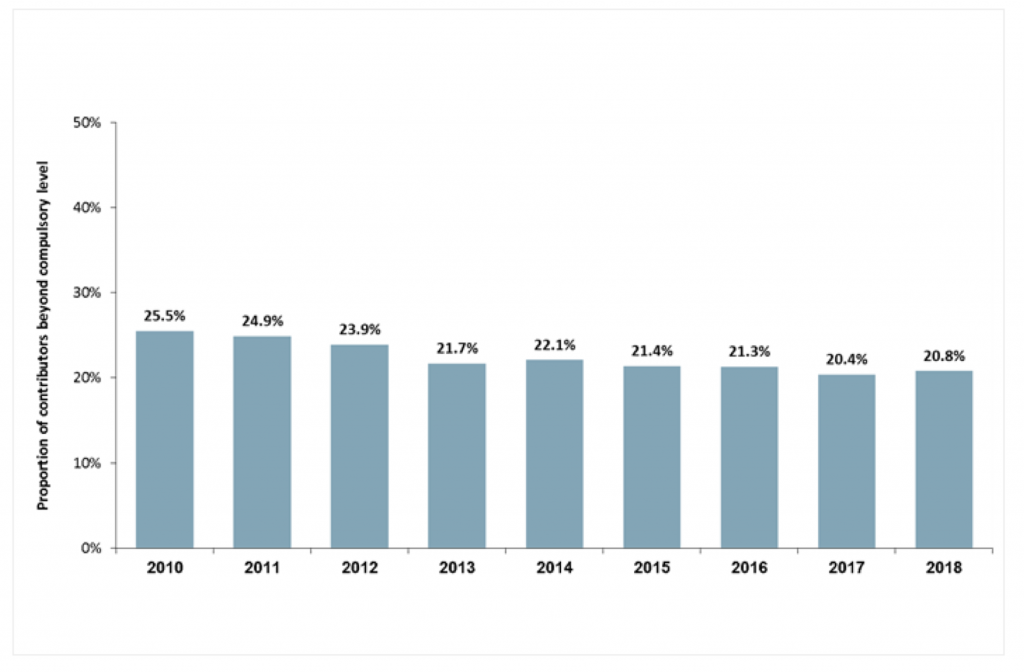 Unsurprisingly, when the Roy Morgan research looked at the correlation between income level and the proportion making superannuation contributions over the compulsory rate, higher income earners contributed well above the average rate.

Superannuation Contributors Beyond The Compulsory Level By Personal Income 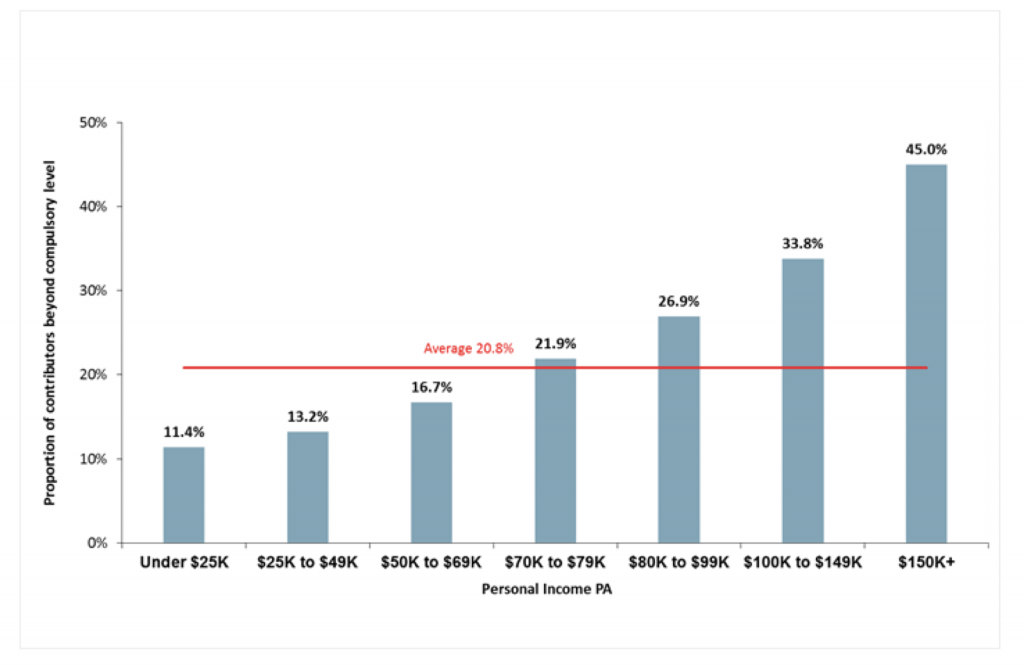 Given the many competing priorities of families these days, not least the amount of assets and debt used to buy Australian residential housing and the desire for younger age groups to live a more exciting (nee expensive) lifestyle coupled with raising families, then it’s not surprising that voluntary contributions have come down over the recent years. However, when we consider that the current 9.5 per cent compulsory contribution will not accumulate enough wealth to cover the expected retirement needs of the average Australian in retirement and the move to a 12 per cent contribution has been delayed to 2025 (a move to 10 per cent is scheduled for 2021), then voluntary contributions are more important to cover the shortfall.

Furthermore, the Government’s changes have involved a number of major reforms, including a $1.6million balance cap in the retirement phase, and reduced contribution levels to $25,000. The Opposition has said that they will make major changes to dividend imputation which will place more pressure on superannuation, particularly SMSF’s.

At the same time, the average age of Australians intending to retire in the next 12 months has risen to 61.9 years, up from 58.2 years in 2014. This trend however, proves beneficial to members, superfunds and the Government as it allows for a longer accumulation phase and lessens the pressure placed on social security. 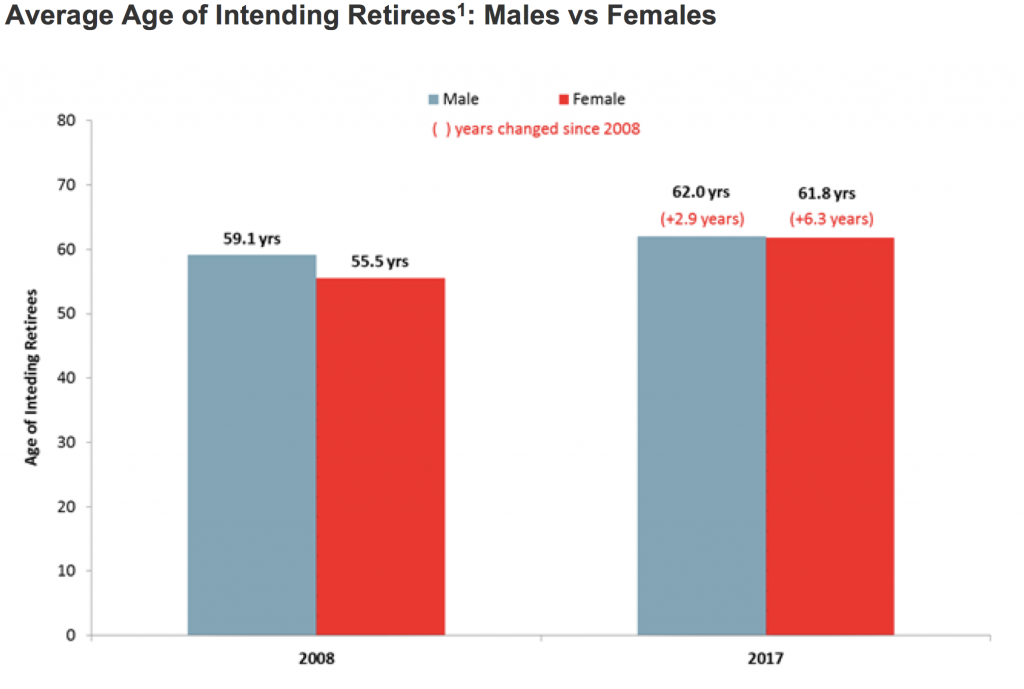 Australian households now only hold 27.4 per cent of their net wealth in superannuation but confidence in the superannuation system will require both major parties to encourage greater take up of contributing to super for the average Australian if we are not to fall behind in retirement funding needs.