Is Europe on the brink? 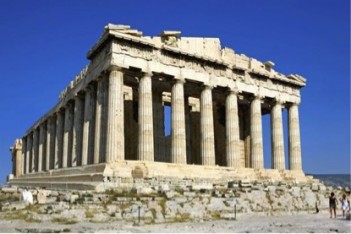 Is Europe on the brink?

We have made much of the turnaround in markets that began with President of the European Central Bank, Mario Draghi’s ‘what ever it takes’ speech. Those famous words have been cited by many – including us – as marking the bottom for financial markets and the beginning of a recovery for Europe.

But former US Treasury Secretary Tim Geithner made some surprising revelations about Draghi, as well as the stupidity of Europe’s elected leaders as they faced their financial crisis, in his memoirs Stress Test: Reflections on Financial Crises.

Peter Spiegel, from the Financial Times, has now obtained the raw transcripts.

You better block your ears and shut your eyes, because the language isn’t pretty.

In one particularly candid piece of dialogue between Geithner and the interviewer, Mr Geithner describes the scene from February 2010, at a G7 gathering in Canada, and after it had been revealed that Greece’s budget deficit was 12 per cent of GDP and not 6 per cent as they had previously lied; Geithner discovered another source of major market disruption. The European ‘guardians’ were going to let Greece go to the dogs…

“Geithner: I remember coming to the dinner and I’m looking at my BlackBerry. It was a f***ing disaster in Europe. French bank stocks were down 7pc or 8pc. That was a big deal. For me it was like, you were having a classic complete carnage because of people saying: crisis in Greece, who’s exposed to Greece?

I said at that dinner, that meeting, because the Europeans came into that meeting basically saying: ‘We’re going to teach the Greeks a lesson. They are really terrible. They lied to us. They suck and they were profligate and took advantage of the whole basic thing and we’re going to crush them.’ [That] was their basic attitude, all of them.

But the main thing is I remember saying to these guys: ‘You can put your foot on the neck of those guys if that’s what you want to do. But you’ve got to make sure that you send a countervailing signal of reassurance to Europe and the world that you’re going to hold the thing together and not let it go. [You’re] going to protect the rest of the place.

“I completely underweighted the possibility they would flail around for three years. I thought it was just inconceivable to me they would let it get as bad as they ultimately did. But the early premonitions of that were in that initial debate. They were lied to by the Greeks. It was embarrassing to them because the Greeks had ended up borrowing all this money and they were mad and angry and they were like: ‘Definitely get out the bats.’

“I was on the Cape [Cod] for Thanksgiving and I remember doing a G7 call from the Cape and being in my little hotel room. And I basically, and Trichet did the same thing, I was rude and I said: basically, if you guys do that, all you will do is accelerate the run from Europe. No one will lend a dollar, a euro to a European government if they’re weak in that context because the fear will be, if they need money, you’ve got to force some restructuring, haircut. It completely inverts the incentives you want to create.

I was f***ing apoplectic about it and I said it may be that you’re going to have to – I can’t remember how I said it – you may be, if you’re going to restructure Greece, but until you have the ability to in effect protect or guarantee the rest of Europe from the ensuing contagion, this is just [a] metaphor for our fall of ’08. You can’t do that.”

And on those very famous words…

Geithner: Things deteriorated again dramatically in the summer, which ultimately led to him [Draghi] saying in August, these things I would never write, but off-the-cuff – he was in London at a meeting with a bunch of hedge funds and bankers. He was troubled by how direct they were in Europe, because at that point all the hedge fund community thought that Europe was coming to an end. I remember him telling me [about] this afterwards, he was just, he was alarmed by that and decided to add to his remarks, and off-the-cuff basically made a bunch of statements like ‘we’ll do whatever it takes’. Ridiculous.

Interviewer: This was just impromptu?

Geithner: Totally impromptu…. I went to see Draghi, and Draghi at that point, he had no plan. He had made this sort of naked statement of this stuff. But they stumbled into it.

You are reading an article about: Economics, Insightful Insights, Value.able