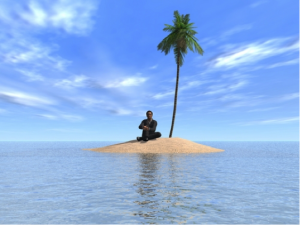 Remember last year all those analysts saying that because the price of iron ore hadn’t gone down in 2013 that it wouldn’t?

Now recall our many posts since 2010 (simply type ‘iron ore’ into the search bar) telling you that a meaningful supply response would hit the iron ore market in 2015, that Australia would churn out Pilbara-sized increases in production and that the price of $140/tonne could not be justified.

Overnight, iron ore fell 8.3 per cent to $104.70/tonne, marking its biggest one-day fall ever and was limit down in some markets overnight. The reasons behind the dramatic price correction have been analysed in detail by many analysts, including those over at Credit-Suisse:

1. “Chinese consumption has been softer for a while and domestic inventories have been rising for a while, we had been expecting some level of normalisation for some time and rarely is this done smoothly. That said, we are not seeing a collapse in real domestic demand either.”

2.  “Generally, physical traders and consumers have been speaking about the extremely limited availability of domestic credit and the impact that this was having right through the supply, inventory and consumption chain. At a large iron ore conference in Beijing two weeks ago, this was perhaps the major source of concern for domestic attendees and it was a rare moment when bankers were actually popular!”

3. “Both copper and iron ore have been used for some time now as financing plays, using the benefit of letter of credit financing terms to provide short-term collateral for domestic financing requirements of a variety of types. The move in the RMB has made this less attractive and raised some credit concerns about some of the structures, while the Chaori default [China’s first ever bond default] has added to nervousness even if no specific impact has been visible. That said, given that both the coal and steel sectors are ones that are well known to be under financial pressure, it is perhaps no great surprise that over the weekend there were rumours of funding difficulties for some steel mills also. These are unverified but were enough for a very nervous market to take the domestic Dalian exchange limit down for both iron ore and coking coal, with many expecting the same again tomorrow.”

We have indeed been told that the sharp move lower was caused by deleveraging, to the extent that iron ore has been collateral for the financing arrangements described above.

When collateral holders hedge by selling, it drives the price down, forcing others to get rid of their holdings and, like margin calls on margin lending arrangements, deleveraging can beget further deleveraging.

Given the known increase in supply and the record Chinese port inventories, there will have to be a very large increase in steel production to support prices. Those in China that have financed their inventories will be under water and will want to sell.

Finally, the rebar steel price is collapsing. Rebar futures fell to their lowest level ever. What does that tell you about Chinese demand for steel? Why buy iron ore to make steel if the price of steel is tanking?

Whilst the above is interesting, what it does is beg the question: what does it tell you about economic growth in China and the prospects for Australia?

It’s the reason we currently hold no resource exposure in our portfolios and are generally reluctant at any point in the cycle to add them, despite their large weighting and influence over the broad indices we seek to outperform. Companies who sell commodities have little, if any, ability to control the pricing of their products, hence, any attempt to value such a business based on revenue and margin modeling becomes complete guesswork. And if you are guessing, it’s not investing: it’s speculation.

Knowing our own speculative abilities are limited means that we cannot invest with any certainty or clarity in mining businesses. Those businesses with sustainable competitive advantages and an ability reinvest large amounts of capital at high rates are vastly superior.

With that said, we can of course never rule out another round of Chinese Government stimulus to stir yet another surge of infrastructure building and a consequent metal demand. But this too is speculation and we instead prefer to spend our time thinking about other businesses with prospects we can understand.

What to watch out for:

For those watching the relatively stable reaction by investors in BHP and RIO, don’t be lulled into a false sense of security. The longer the iron ore price stays low (or the lower it goes), the more convinced Australian investors will be that the situation is permanent.

It’s important to note that a one dollar per tonne fall in the iron price, is equivalent to a $120m drop in the 2014 NPAT at BHP.

With the help of Bloomberg you can also keep an eye on the credit default swap market.

Perhaps reflecting disbelief that the price of iron ore has fallen or that the decline isn’t permanent is that Rio Tinto’s default swap spread has moved by a miniscule 5 basis points. Insurance against a RIO default still costs less than 1 per cent.

Don’t forget to watch the Aussie Peso too. Further falls in rebar and iron ore prices in China today, may be picked up by currency traders soon too.

You are reading an article about: Energy / Resources, Foreign Currency