Inflation, what is happening and what conclusions can we draw

Inflation, what is happening and what conclusions can we draw

Most people are familiar with the concept of inflation. As a quick recap, it is the process whereby prices tend to increase over time. A positive, but low, level of inflation is generally seen as positive for a number of reasons and central banks tend to manage their interest rates to try to hit an inflation target of generally around 2%.

The mechanism they use for this are:

Inflation is like almost all other economic processes caused by supply/demand balance (at least as long as you have a functioning market). Economists generally make a difference between two different processes when talking about the causes of inflation. These are:

Yesterday the Australian Bureau of Statistics released their September inflation figures and I thought it would be interesting to have a look and see if we can draw any conclusions from the numbers. 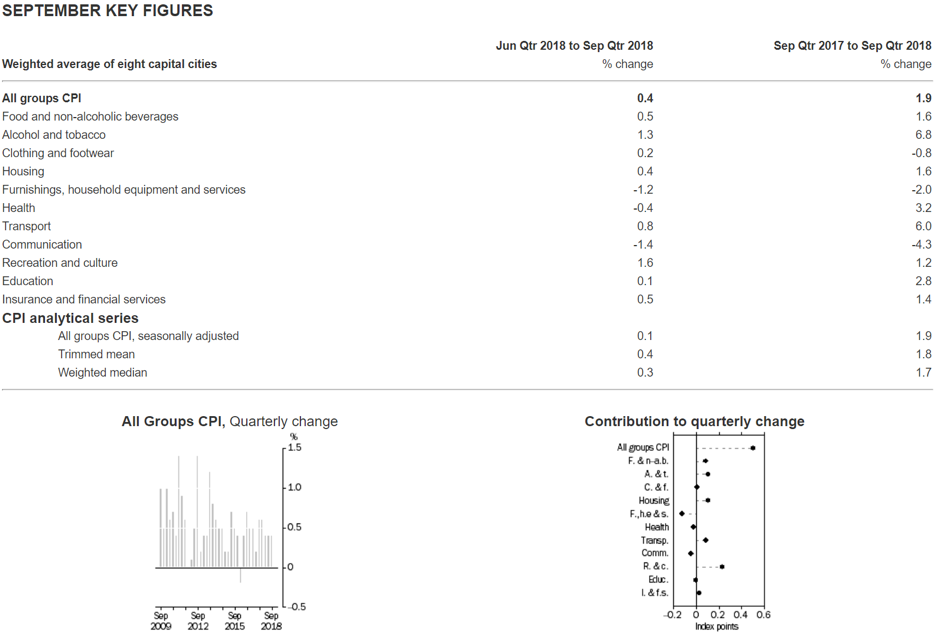 You are free to draw your own conclusions but my thoughts regarding the numbers in the tables above, please keep in mind I am not an economist but an engineer by training, so my interpretations might not be the same as an economist’s are:

In general, there seems to be much more cost-push than demand-pull inflation at the moment and the cost-push is driven by a weaker Australian dollar and higher international oil prices. This suggests to me that there are very few positive conclusions to draw for any domestic exposed business but that the outlook for the Australian dollar is weaker which should benefit export-oriented companies.

You are reading an article about: Economics