Australian households are far and away the most indebted among English-speaking nations. To my mind, it means the next interest rate move by the Reserve Bank will be down. If I’m right, then it may be time for investors to think about increasing their exposure to businesses that benefit from a weaker Aussie dollar.

The high level of Australian house prices and household debt to income ratios can be seen in the chart from RBA below. 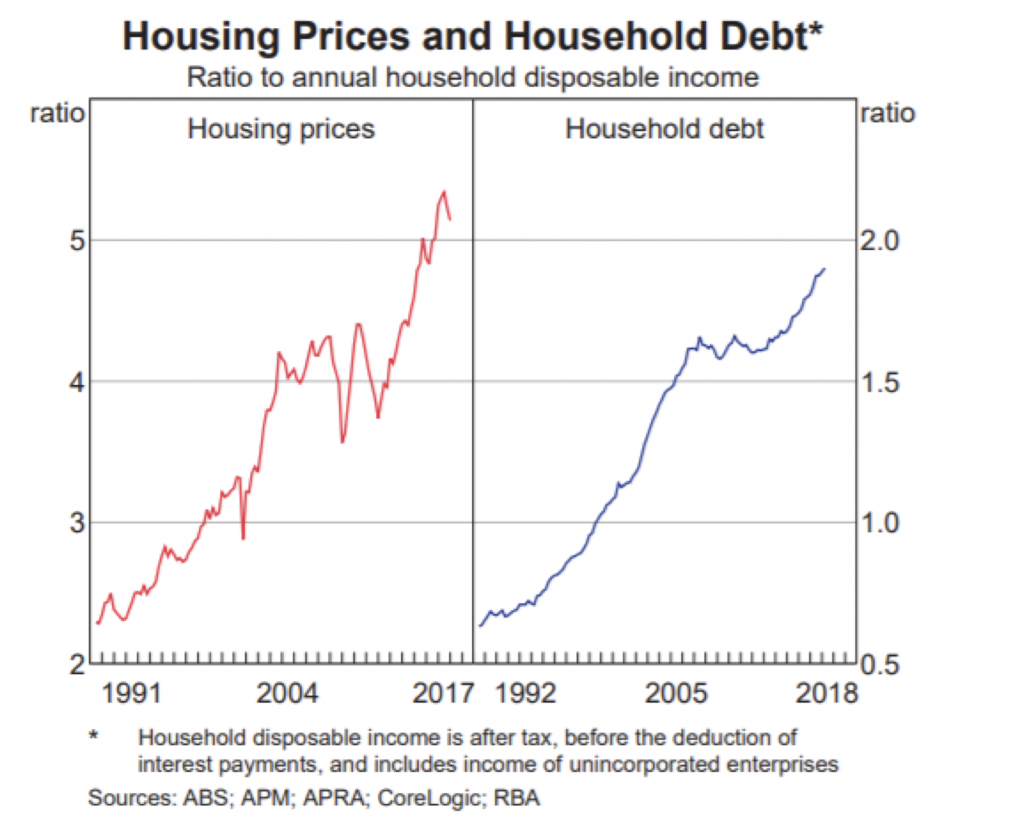 In the charts below I have compared Australia to other English-speaking countries that have similar levels of home ownership and attitudes towards debt due the similar legal systems and reasonably similar cultures. The Bank of International Settlements (BIS), the Central Bank of the world’s central banks, provides some interesting statistics on this, but unfortunately not the exact same metrics shown in the RBA chart above, so we have to instead look at household debt to GDP. This shows a reasonably similar picture to household debt to disposable income. 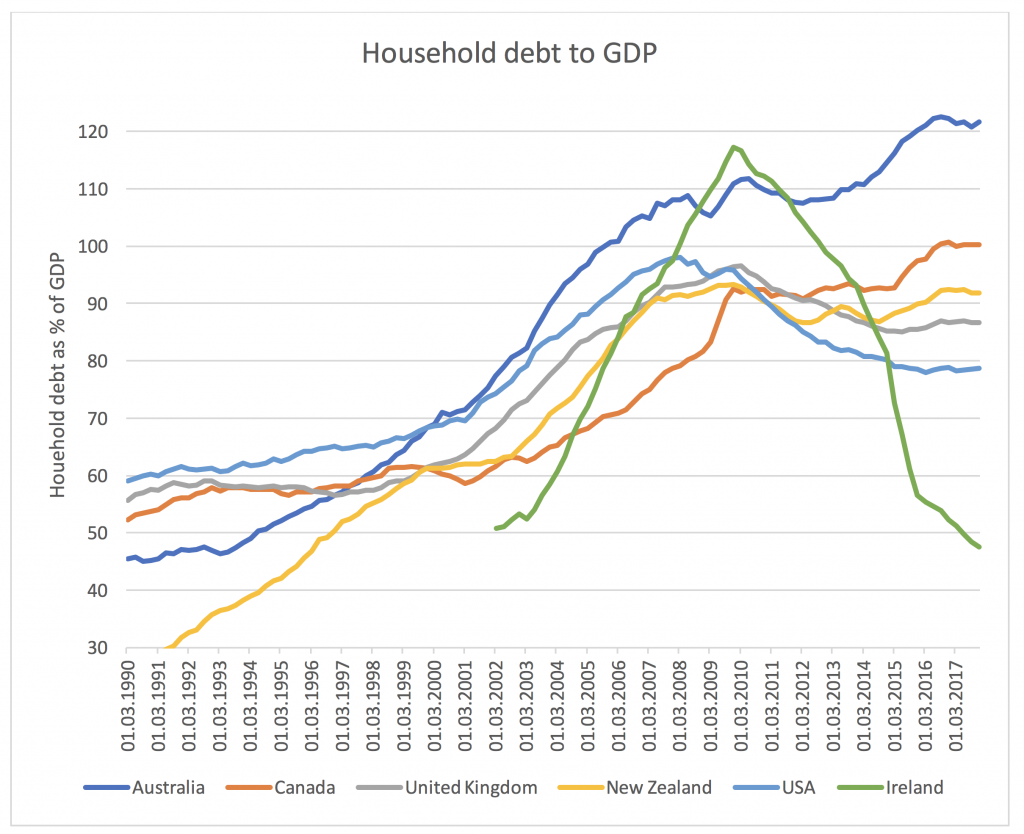 Source: The Bank of International Settlements

From this chart, it is worth pointing out that:

The BIS also provides debt service ratios on a household basis. This basically shows how much household’s income goes towards servicing their debt and is potentially an even better indication of how indebted households are, as there can be structural differences in interest rates and repayment profiles between different countries. Unfortunately, the BIS does not provide this data for New Zealand and Ireland. 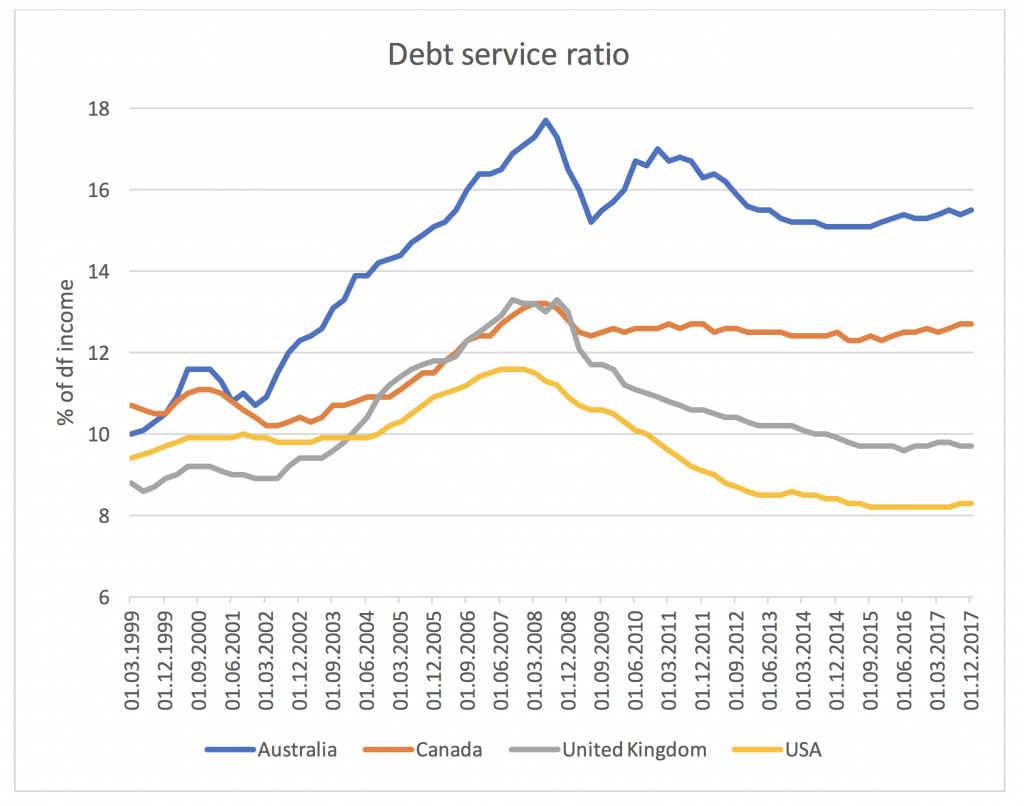 Source: The Bank of International Settlements 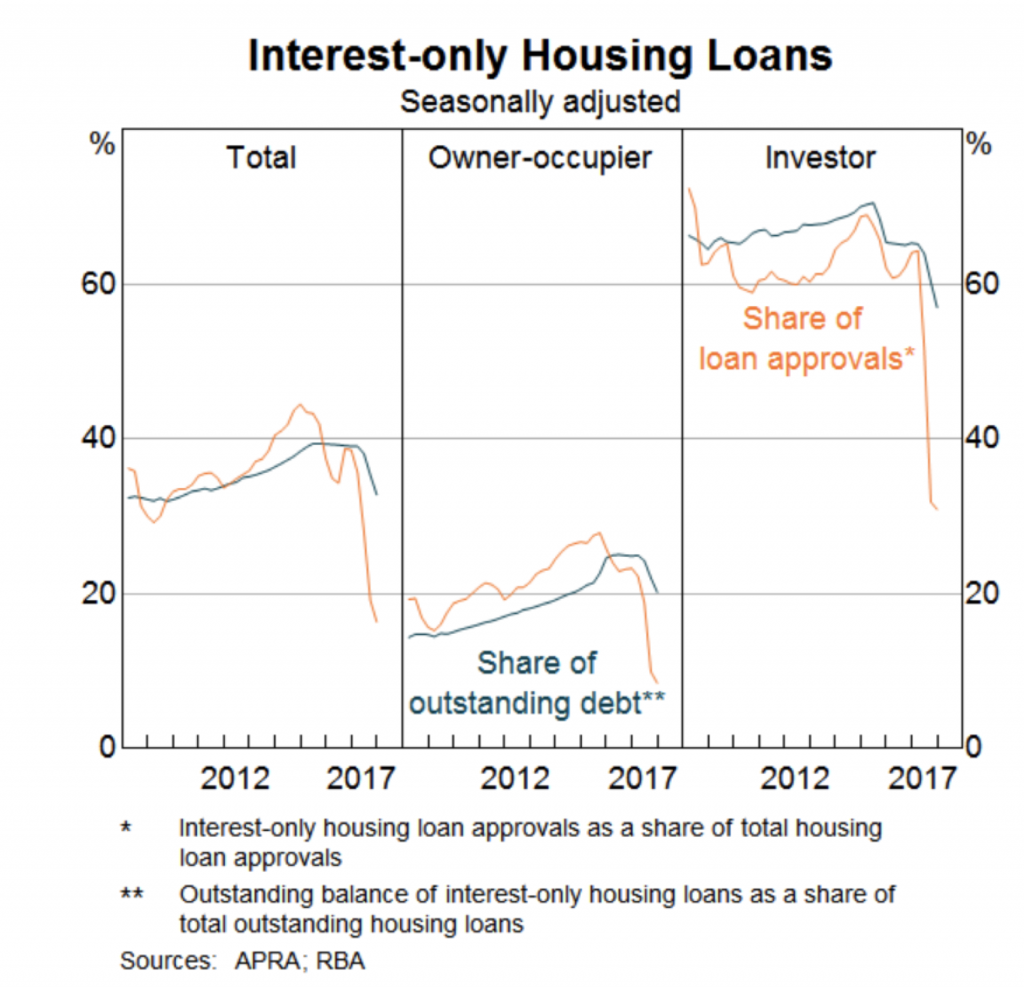 The interest rates are sourced from the homepages of some of the biggest banks in each country and as far as possible, I have tried to choose loans of similar length and features (i.e. predominantly variable rate loans even though the default loan in US is a fixed rate loan).

From a comparison with other countries, it is clear that Australian households are very indebted. From this, I draw two main conclusions: