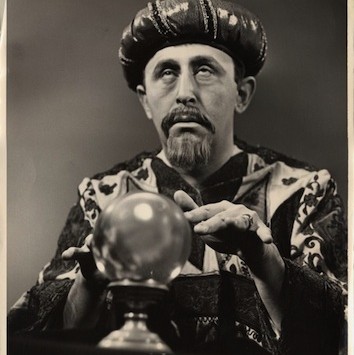 With the market having woken up in a good mood in January, we have recently seen a number of commentators revise upwards their forecasts for where the index may finish the year. Declaring 2013 to be a year for the bulls is very much in fashion. Admitting how wrong most of these forecasts were for 2012 is rather less fashionable.

To add some context, I thought it might be helpful to refer to some interesting research that has been done on the reliability of expert forecasts.

In 2005, Philip Tetlock, a research psychologist at Stanford University, published some work on the reliability of expert judgments, having analysed tens of thousands of predictions made by 284 people who made their living commenting on or forecasting political or economic trends. Tetlock tracked their forecasts over a 20 year period and found a couple of interesting things about the accuracy of the forecasts:

· Firstly, the experts were no better than non-experts. In general they could have been beaten by dart-throwing monkeys; and

· Secondly, the accuracy of predictions was inversely related to how often the expert appeared in the media. The highest profile commentators had the least insight.

In 2010, research published by McKinsey & Co. entitled ‘Equity analysts: Still too bullish’ laid out in black and white what many have long suspected: that equity analysts consistently overestimate the future earnings growth of the companies they cover.

The consultant found that in the past 25 years, average earnings-growth estimates of 10% to 12% for companies in the Standard & Poor’s 500 stock index were almost 100% too high. Average actual growth over the period was closer to 6%.

Authors of the report said: “Analysts, we found, were typically overoptimistic, slow to revise their forecasts to reflect new economic conditions, and prone to making increasingly inaccurate forecasts when economic growth declined.”

This tendency for optimism is reflected by the fact that analysts forecast growth of more than 10% for 70% of companies in the U.S. benchmark index. The only times analysts hit the mark occurred after bursts of strong economic growth, when actual earnings growth caught up with optimistic forecasts–in 1988, from 1994 to 1997, and from 2003 to 2006.

It’s only human for investment managers to think about the future and what it means for markets, but at Montgomery we are quick to admit that we just don’t know where the equity market might go in the short term.

We also knock back many more invitations to speak with the press or appear in the media than we accept. This is simply because we often have little to say or add and there are only so many times that we can be quoted as saying ‘we have no idea where the market is going’.

MORE BY TimINVEST WITH MONTGOMERY

Tim joined Montgomery in July 2012 and is a senior member of the investment team. Prior to this, Tim was an Executive Director in the corporate advisory division of Gresham Partners, where he worked for 17 years. Tim focuses on quant investing and market-neutral strategies.

You are reading an article about: Insightful Insights, Investing Education