China Dumping Steel Is a Cause for concern 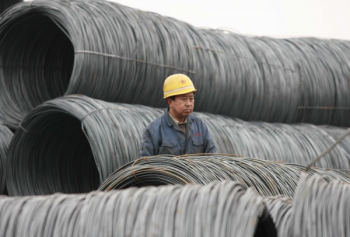 China Dumping Steel Is a Cause for concern

Following on from my previous blog where I passed on the concerns of the executives from Arcelor Mittal, it now appears the US, the world’s second-biggest steel consumer, is seeking political support for tariffs on imported steel.

Chief executives of leading American steel producers are expected to launch at least one anti-dumping complaint with the International Trade commission. “Dumping” or selling overseas below the cost of production to gain market share is illegal under World Trade Organisation law and is punishable with tariffs. With China’s exports to the US in January 2015 jumping 40 percent from a year earlier, the benchmark “hot-rolled coil” index has declined 18 per cent from US$600 to US$492 per tonne since the beginning of January. US Steel has idled six plants since 2014 and so far in 2015 it has laid off or issued layoff warnings to 3,500 employees.

Many Chinese steel makers are government-owned or closely linked to local governments, and given their important role as employers and providers of tax revenue, the mills are unlikely to close or cut production even if running at a loss. This is the downside of being exposed to a commodity industry where a group of producers with a 50 per cent market share do not necessarily behave in a way that most would regard as economically rational. You are reading an article about: Energy / Resources, Insightful Insights, Manufacturing