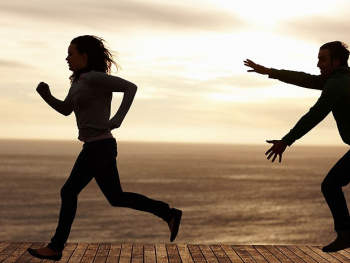 It may just be the straw that breaks the camel’s back. Free-to-air television advertising that is! Recent data published by Roy Morgan Research on Streaming Video On Demand (SVOD) services shows that since launching a few months ago, Netflix in Australia is absolutely killing it.

The numbers are really quite staggering.

Despite Presto, Stan, Quickflix and Foxtel Play existing in the Australian market place well before they first officially opened their doors to customers, Netflix has amassed over 1 million subscriptions in over 408,000 households. That’s over 10x more than Presto and Stan. Mindboggling. As a result, shares of Nine Entertainment Ltd (ASX: NEC), Seven West Media Ltd (ASX: SWM) and Southern Cross Media (ASX: SXL) all continue to experience further price declines. This is despite the fact that their shares continue to look cheap.

We don’t expect this trend to reverse anytime soon;

One simply cannot expect to have so many viewers, in such a short space of time, consume content via Online Streaming as opposed to free-to-air TV and not expect some material impact on advertising dollars. Those dollars will simply turn to wherever the viewers are. And they are not alone.

Take Facebook’s announcement last week– they just signed a deal to host selected HBO content. Facebook is already widely known as the biggest viewer platform in the world. Indeed the business mantra is now “the passport of the internet”. So a push further into this space (online video) is just a natural extension for them in order to continue grabbing advertising dollars.

You can watch the video here, but here’s the rub; Facebook are making a push into online streaming with a quality partner like HBO given they already experience over 2 trillion video views per annum and growing. That’s right 2 trillion.

Facebook is already challenging the new-age incumbents such as the likes of Youtube.com in terms of the number of video views. Imagine where they could be in the next 5 years. Again mindboggling.

The old guard in Australia, being Nine Entertainment, Seven West Media and Southern Cross Media really seem powerless to prevent what is going to occur and what is clearly an ever growing threat to a business model that appears almost on a daily basis to become more and more obsolete.

Russell Muldoon is the Portfolio Manager of The Montgomery [Private] Fund. To invest with Montgomery, find out more.

You are reading an article about: Insightful Insights, Technology & Telecommunications