Back in 2015 I wrote about Tesla noting “In this era of creative destruction, transition and disruption, finding the winners can be a challenge.” That was when Tesla shares were $52 adjusted for splits. With Tesla post-split shares now trading at $380 it would seem Tesla has won.

When Tesla shares split five-for-one recently and the post-split stock rallied 12 per cent, I wrote it was lunacy. Splitting a stock is the same as picking up a slice of pizza, cutting it into smaller slices and putting them all back. The size of the pizza doesn’t change. In other words, the value of the company doesn’t change. There’s still the same amount of pizza.

Of course, Tesla’s shares have been detached from reality for some time.

This week California announced that all new cars sold after 2035 must produce zero emissions. The United States is the largest light vehicle market in the world and California is the biggest car sales state in the US, so the news should have been unquestionably positive for Tesla who last year sold twice as many Model 3 vehicles in the US as the next biggest small and midsize luxury car, the Lexus ES.

In separate announcement this week, Volkswagen launched its new EV called the ID.4 (figure 1).  In announcing the launch, Volkswagen America CEO and President Scott Keough pointed out that the sub $40,000 pricing puts the new VW “into the heart and soul of the biggest segment of America.” 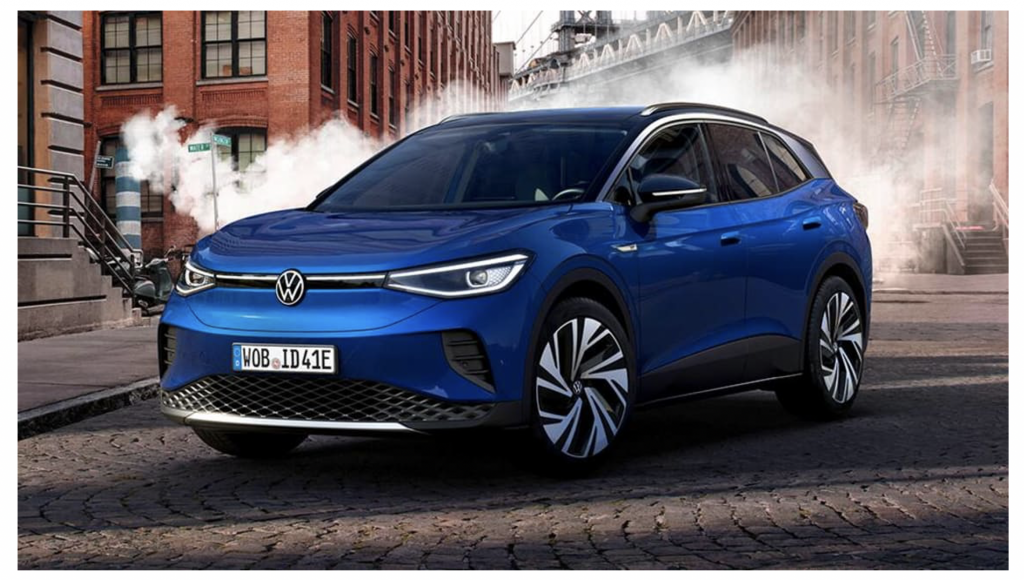 There is no doubt that competition is ramping up just as we predicted it would every time we have written about Tesla.

Tesla’s founder has attracted a generation of investors who believe that transforming a car’s drive train from petrol to electric will somehow also transform the economics of making, delivering and servicing cars. The economics of manufacturing cars isn’t all that attractive.  They are capital intensive fashion houses with the fashion changing every year.

And for those who thought Tesla’s valuation could be attributed to its status as an energy company, with Tesla car owners feeding power back into the grid, think again. Tesla sold 367,500 cars in 2019.  VW sold 3.7 million units. If VW’s EV sales take off (the release of the ID4 crashed the VW website and customers are reserving one car every two seconds) Tesla may find its contribution to any power grid irrelevant.

That means Tesla becomes just another car company and as we wrote in 2018;

“Table 1. summarises the price investors are willing to pay, per vehicle sold, for each manufacturer. Market caps are converted to US dollars.

“Investors can buy GM for $5,000 per vehicle sold, or they can buy Tesla for nearly $400,000 per vehicle sold. The economics between Tesla and every other car manufacturer in the world, in the long run, might be slightly different but they cannot be sufficiently dissimilar to justify such a disparity.

Clearly, enthusiasm for the world-changing potential of EV technology has translated to an equally-transformative approach to stock market valuation. What investors are forgetting however is that Tesla will ultimately be a car company.”

Share price bubbles don’t confer success on the underlying business. Here’s why Tesla’s shares have been detached from reality for some time. Click To Tweet
MORE BY RogerINVEST WITH MONTGOMERY