Are we ready for Netflix and who might benefit? 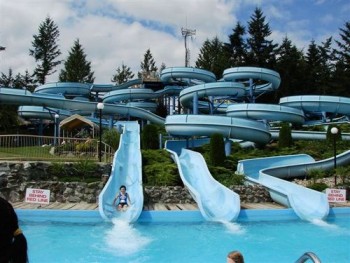 Are we ready for Netflix and who might benefit?

Just the other day we met with two executives from Village Roadshow Limited (ASX: VRL), Graham Burke, Managing Director and Adrian Fernando from investor relations, to discuss some of the trends in their business. It was quite an interesting meeting.

Although it was a bit of speed date – trying to fit in six company meetings in a day – we did spend a reasonable amount of time understanding not only their opportunities for development of theme/water parks in South East Asia, but also on the future of content delivery in Australia.

While a few businesses in Australia have attempted to jump on the wave of streaming online content, Telstra, iinet, Foxtel and Quickflix to name a few, in March 2015 Netflix will officially launch in Australia. Netflix will become the next stage of what we believe will be the trend of eyeballs away from traditional television viewing.

This transition is of course a function of increasing internet speeds, enabling movies to be downloaded in minutes rather than hours, which is in a large part enabled by the National Broadband Network as it rolls out over the latter half of the decade.

In an effort to combat internet piracy, Village Roadshow will be working with firms such as Netflix to distribute their content on a fast and affordable platform. Exactly how much this will benefit Village Roadshow is anyone’s guess, however if trends from the United States are anything to go by, we can expect increases in data demand of approximately 40 per cent as Netflix becomes entrenched. This is a benefit for internet service providers that capitalise on higher data demand, for example Vocus Communications Limtied (ASX: VOC).

Notably, while this produces a boom for some companies, it’s possible that others may not do as well, such as more traditional television stations. Fairfax Media Limited (ASX: FXJ) & Nine Entertainment Co. are establishing Stan, a competitor to Netflix, but this may not be enough. As we have seen by other first movers in the online space – realestate.com.au, seek.com.au, carsales.com.au, once they have a captive audience they are hard to displace and with Netflix already having 200,000 customers, it may just be a bridge too far for these companies – but create a wave that others – who provide the services and data to stream the movies can ride.

You are reading an article about: Companies, Media Companies, Technology & Telecommunications