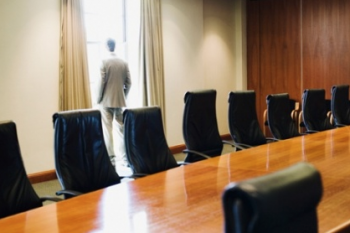 Corporate confessions can require multiple rounds of penance from the market.

As we near the end of another financial year end, the market is likely to go through the annual corporate confessions season ahead of reporting full year results in August. When assessing the impact of any change in earnings expectations, it is important to isolate the performance of the business in the period since the last update, as this will provide a better indication of the current earnings run rate as the company enters the new financial year.

A case in point is the announcement from Woolworths (ASX: WOW) last Wednesday. The company revised its net profit guidance from a 1.8 per cent increase in net profit as stated in February, to flat year over year. While a 1.8 per cent reduction in earnings does not appear too significant, it must be realised that all of the deterioration in full year profit expectations has occurred in the June quarter. For the fourth quarter to reduce full year profit by 1.8 per cent, earnings in the period must be down high single digits relative to management’s expectations in February.

The fall in expectations is due to the weak sales results in the June quarter for the Australian Food & Liquor division as well as the General Merchandise division. Fixed cost leverage in retail businesses means the impact of a sales shortfall is significantly larger at the profit level.

Bloomberg figures indicate that consensus financial year 2016 net profit expectations for the broking analyst community reduced by around 3.6 per cent on average post the announcement on Wednesday. However, the average forecast is now down just 4.3 per cent on financial year 2015 net guidance. Given the weak profit momentum being carried into financial year 2016, with fourth quarter net profit likely to be down in the low double digits, consensus forecasts are implying not just a stabilisation of earnings at this lower level, but a considerable recovery in momentum in financial year 2016. While this could happen, this appears to be an optimistic assumption at the present time, particularly with the potential for a new CEO to reset the market’s expectations of the sustainable earnings base for the company.

You are reading an article about: Companies, Insightful Insights

VALUE AND GROWTH: TWO SIDES OF THE SAME COIN

The investment industry and media spend a lot of time discussing 'value' versus 'growth' investing - and which of them is currently winning. But we don't believe they're opposite concepts. Investors should consider both ideas together as they seek out quality companies with bright prospects that will deliver rewards over time.