Why we continue to keep the telcos on hold

Why we continue to keep the telcos on hold

Lately, there have been media reports about potential changes to NBN Co’s pricing structure for wholesale services to broadband providers. Could this be good news for Australia’s telcos? Well, right now, the jury is out.

The issue is that many customers when signing up to an NBN service have not received the connection speed/quality that they had been expecting. The reason is that there is a limit to the amount of bandwidth that telcos can afford to allocate to each customer under the current pricing model set by NBN Co (and approved by the ACCC).

So the question is, if we reduce the bandwidth charge (CVC), will this improve earnings for the telcos? Probably not.

To show why, let’s go back a few months to when we previously spoke about the economics of a single NBN plan on a per month basis. In the table below, we’ve used figures catered to Vocus NBN plans specifically (the table doesn’t consider modem expenses either). 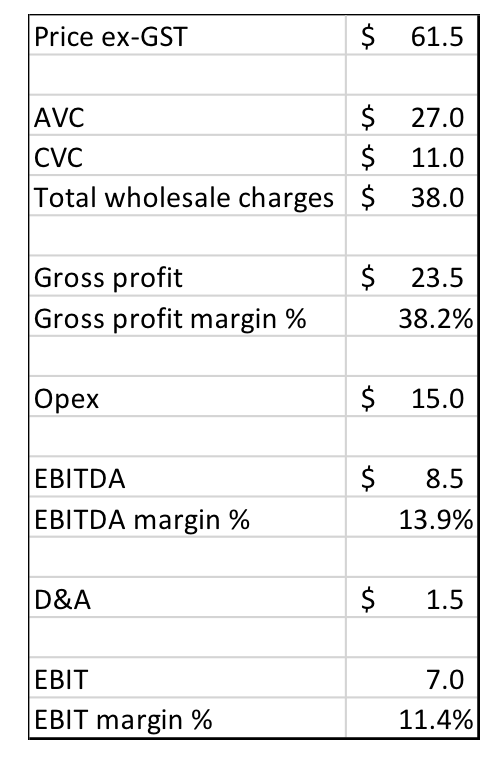 We then noted that under the NBN Co Plan for FY20, wholesale charges were to increase substantially – on average to $52 but perhaps something lower for Vocus – let’s say circa $42 (note that this is just an example, not an explicit forecast). Evidently the EBIT margin almost halves. 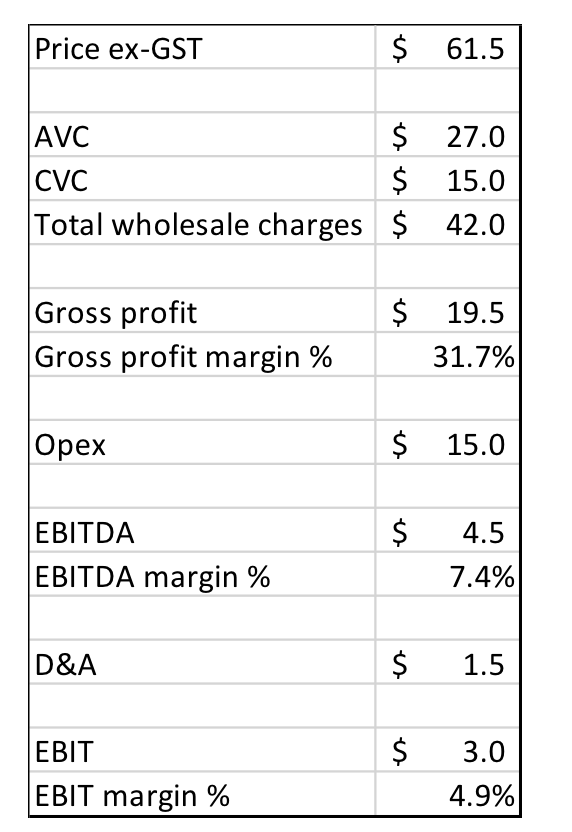 So, currently, the view is that telcos are under-provisioning CVC in order to maintain some reasonable level of profitability for NBN plans. They could increase CVC to improve the experience of their customers but it’s easy to see from the above table that this would be uneconomic.

But if the telcos got some respite with respect to CVC, this doesn’t necessarily mean that margins would increase. The total amount charged doesn’t necessarily have to change – NBN Co simply allows the telcos to provide more bandwidth per customer for the same amount of cost (in the above case, a $15 charge still exists, it’s just that customers would get more bandwidth to use on their connection).

Vocus announced at its strategy day in June that it is planning to reduce operating expenses per customer by about a third, which would significantly improve the margin outlook. Whether these cost savings are preserved given the level of competition would be another question.