Why our small companies fund is underweight the retail sector

Why our small companies fund is underweight the retail sector

It’s a tough time to be a retailer, what with increasing interest rates, fuel and energy costs putting a squeeze on consumer spending. And some retailers are particularly adversely affected. Which is why investors need to be highly selective – especially when it comes to buying shares in consumer discretionary businesses.

Gary Rollo and Dominic Rose manage the Montgomery Small Companies Fund with an approach to managing risk I’ve not seen elsewhere. Using a bottom-up research-driven process to determine preferred holdings, they keep a vigilant eye on the ‘shape’ of the portfolio, adjusting holdings based on the idea of known knowns, and known unknowns.

At the moment the portfolio is overweight beaten-up stocks that might be characterized as ‘growth’ stocks and GARP (Growth at a Reasonable Price) companies.  It is also overweight companies investors might classify as Energy Security and Digital Infrastructure companies.

While success in the selection of stocks to be overweight is an important source of alpha, so is the selection of stocks to be underweight. On that front, old-world fund managers, which are found in the Financial sector are being eschewed. With the performance of agriculture arguably as good as it gets, stocks in this space are commanding a major underweight position in the portfolio. Meanwhile, rising rates have rendered REITS an underweight, while rising rates is also a reason for an underweight position in consumer discretionary stocks.

Consumer Discretionary is, of course, a broad sector and there are many players with different risk, sales and customer profiles. Vendors promoting large discretionary purchases (think Nick Scali, ASX:NCK) for example, may experience the current conditions differently to Lovisa (ASX:LOV), whose performance may prove more resilient thanks to a target customer that is employed but probably too young to have a mortgage and therefore less exposed to rising interest rates. 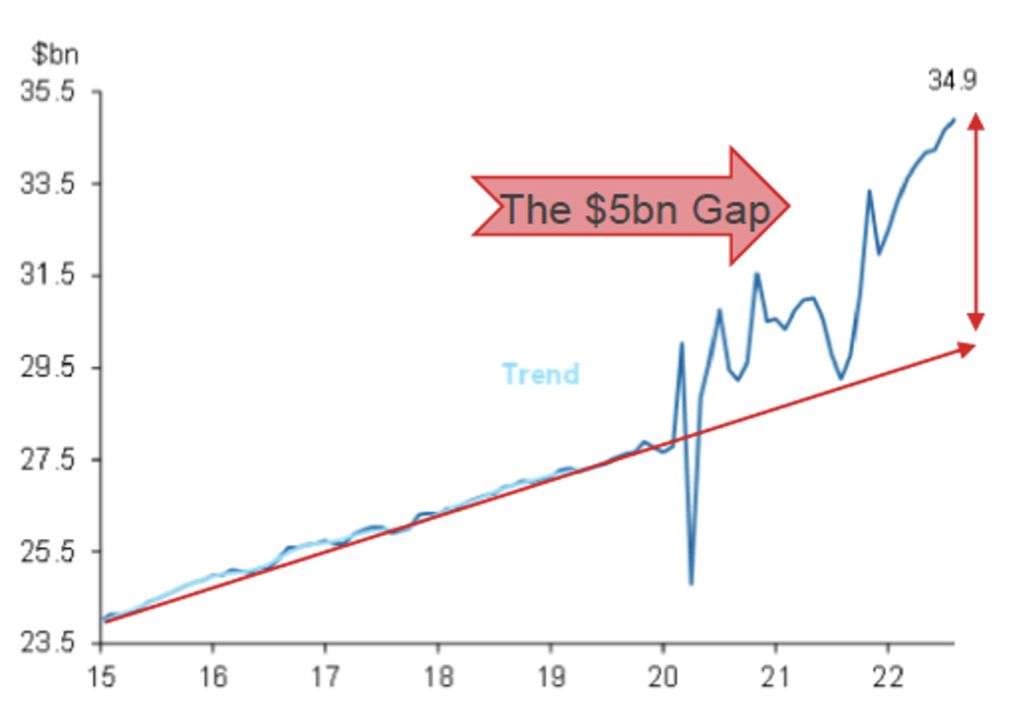 Nevertheless, there’s an irrefutable cloud over the entire sector and it’s illustrated in Figure 1.  According to Macquarie Research’s analysis of ABS data, COVID and the associated lockdowns raised consumption levels dramatically above trend and therefore pulled-forward consumption from future years. Australian shoppers are estimated to have been overconsuming (above trend) to the tune of approximately 15 per cent. And according to Macquarie, in the Household Goods subsector, excess spending is 22 per cent. Moreover, domestic retail profits are estimated to be 64 per cent higher in 2023 versus the pre-COVID levels of 2019.

Meanwhile, the commencement of Reserve Bank interest rate rises is important because they will impact consumption already at an unsustainable level. 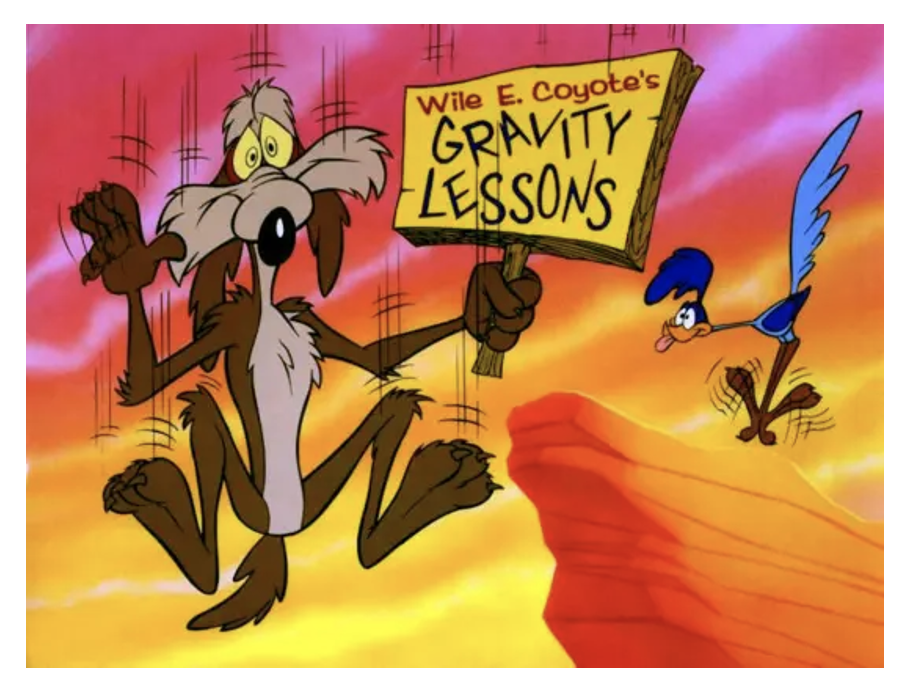 But of course, that is only the case if consumption were to return to trend quickly.

A different and perhaps gentler return-to-trend picture may be evolving if recent CBA real-time spending data is considered.

Instead of the ‘cliff drop’ scenario proposed by some commentators, credit and debit card data from the CBA at the end of September revealed spending had plateaued, since March, at 1.3 times 2019 (pre-pandemic) levels. Taking inflation into account, the data suggests volumes might in fact be declining. 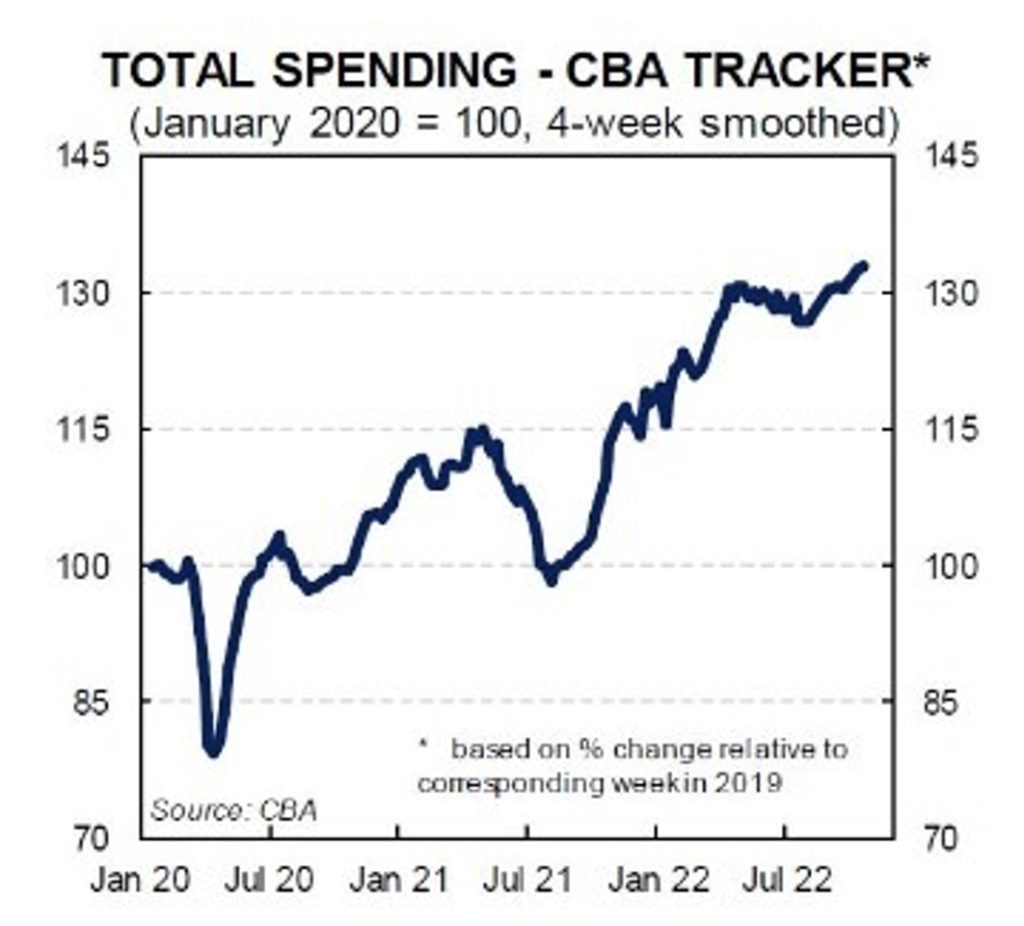 But a false sense of a security may be garnered from this picture because of the delay in real-world impacts from the rate rises to date. Some analysts suggest consumers have only experienced 75 basis points of the 275 basis points of rises that have occurred since the RBA began raising rates in May 2022.

Additionally, the resumption of a 46.0 cents per litre fuel excise on 29 September 2022 acts like an additional tax on consumers, and don’t forget the jump in gas and electricity bills set to be imposed on householders this quarter.

Understandably, Gary and Dominic are underweighting the retail sector. That doesn’t mean a zero weight, but it does mean the small-cap market’s relatively heavier weighting to retail stocks.

As I mentioned, retailers will report a variety of experiences through the next few quarters depending on their customers’ sensitivity to rates, fuel and utilities. That explains why Gary and Dominic do retain selective exposure to the sector. Have you examined your holdings and asked similar questions?