With the 20.6 per cent decline in the US S&P 500 over the six months to June 2022, the largest June-half year decline since 1970, it is interesting to note this was a period of solid earnings growth being hit by enormous P/E compression. This counterbalance of rising earnings combined with a P/E de-rating often occurs at index peaks, where markets anticipate slowdowns ­­– often by around six months.

The move down in US ten-year bonds from 3.5 per cent on 14 June to the current 2.8 per cent; and the decline in the price of Copper – seen as a coincident indicator of global industrial growth – from US$5.00/lb in March to the current US$3.40 (-32 per cent) is a strong indication the economic narrative has moved from a fear of inflation to a fear of recession. The next shoe to drop are the downgrading of analysts’ earnings forecasts for Fiscal 2023. I expect the upcoming results season to June to be mostly accompanied by sober outlook statements.

According to our friends at Credit Suisse, in the case of the S&P 500 the 20.6 per cent market decline in the June 2022 half-year comprised 7 per cent earnings growth and a P/E compression of 26 per cent. Even more stark was the Russell 1000 Growth Index, which recorded a fall of 25.5 per cent in the June 2022 half-year and this comprised 5 per cent earnings growth combined with a P/E compression of 29 per cent. 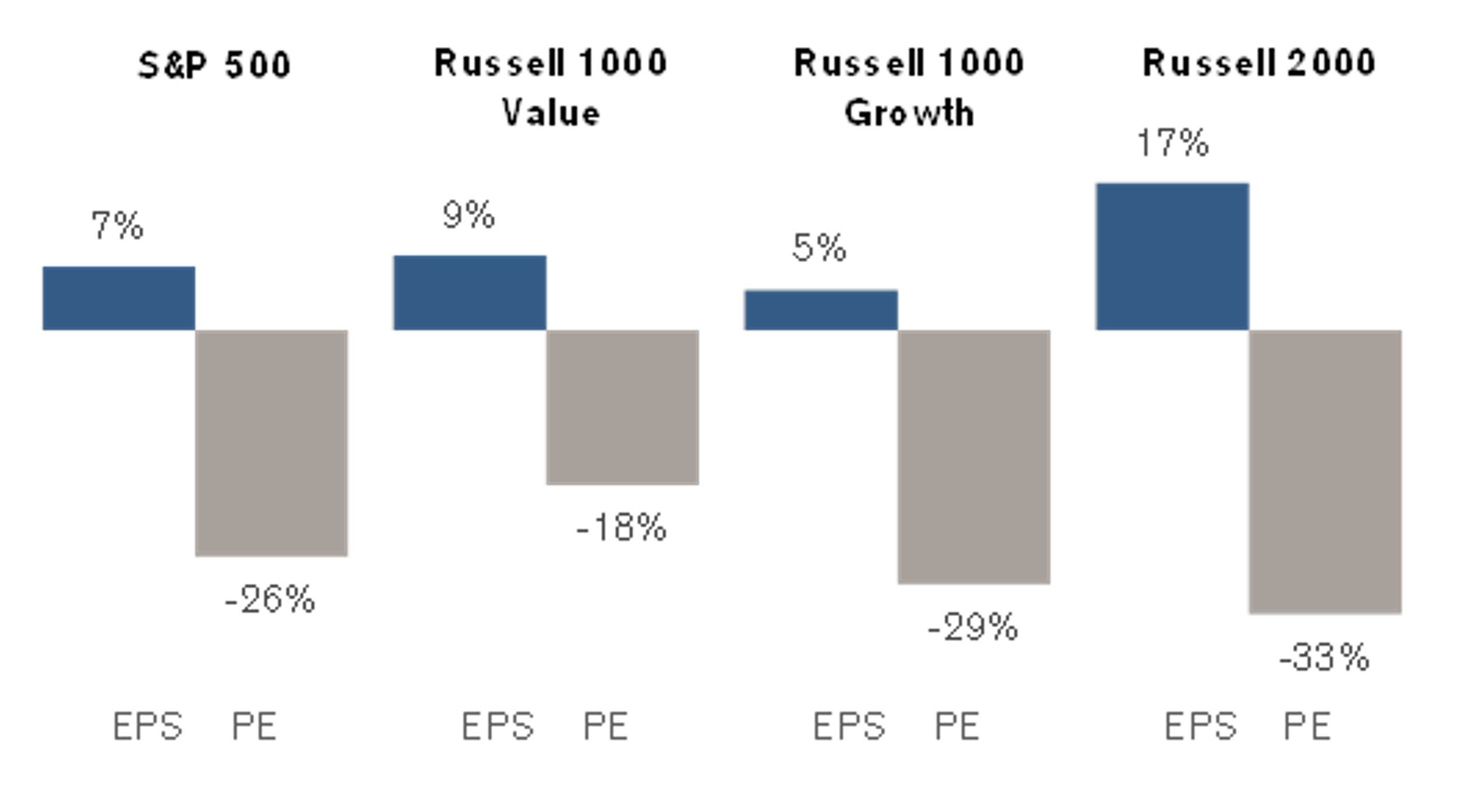 Unsurprisingly, there were many growth stocks which were treated much more harshly, irrelevant of their earnings for the six months to June 2022, and the table below details the 20 largest detractors for the S&P 500.  It is important to note most of these companies have been “market darlings” since we exited the Global Financial Crisis in March 2009. While the range of the decline was between negative 23 per cent (Apple) and negative 71 per cent (Netflix), their average decline exceeded 36 per cent. Collectively these 20 largest detractors accounted for 12.07 per cent of the fall (of 20.6 per cent) or nearly 60 per cent of the damage. 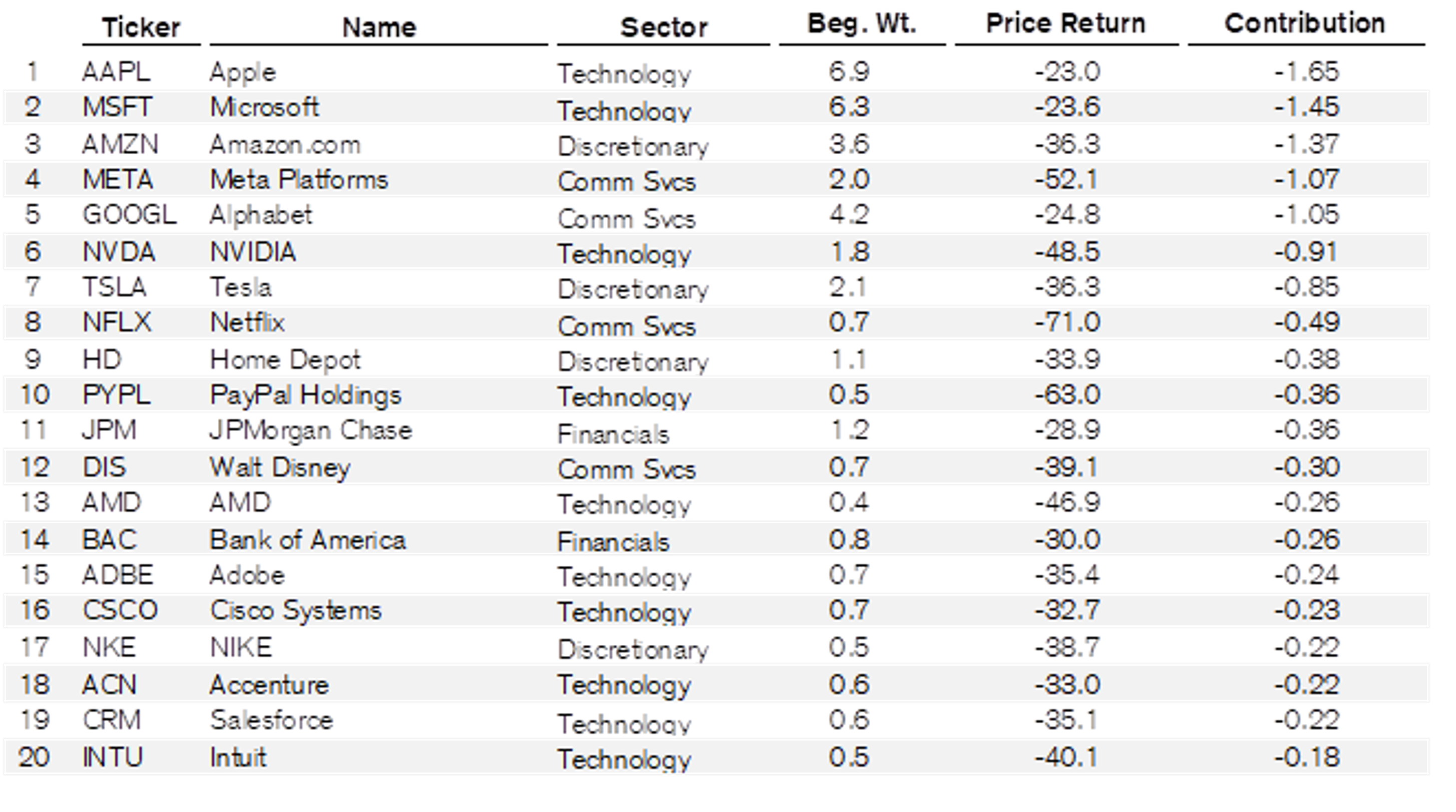 Unless the developed world ends up in a severe recession over the foreseeable future, it is important to note the share market often, but not always, anticipates economic troughs by some months.

You can read my previous article: Farewell fiscal 2022 hello fiscal 2023

The Polen Capital Global Growth Fund owns shares in Adobe, Accenture, Alphabet, Amazon.com, Meta Platforms, Microsoft and NIKE. This article was prepared 06 July 2022 with the information we have today, and our view may change. It does not constitute formal advice or professional investment advice. If you wish to trade these companies you should seek financial advice.