Rising rates are crimping US and Aussie spending power

Rising rates are crimping US and Aussie spending power

Rising interest rates in Australia and the U.S. are having a profound effect on discretionary spending and housing markets. In Australia, they’re also adding to mortgage stress. According to Roy Morgan research, 942,000 Australians are experiencing mortgage stress, and that figure will rise if rates keep heading north. The good news for investors is that equity markets usually bottom when the times are at their toughest. 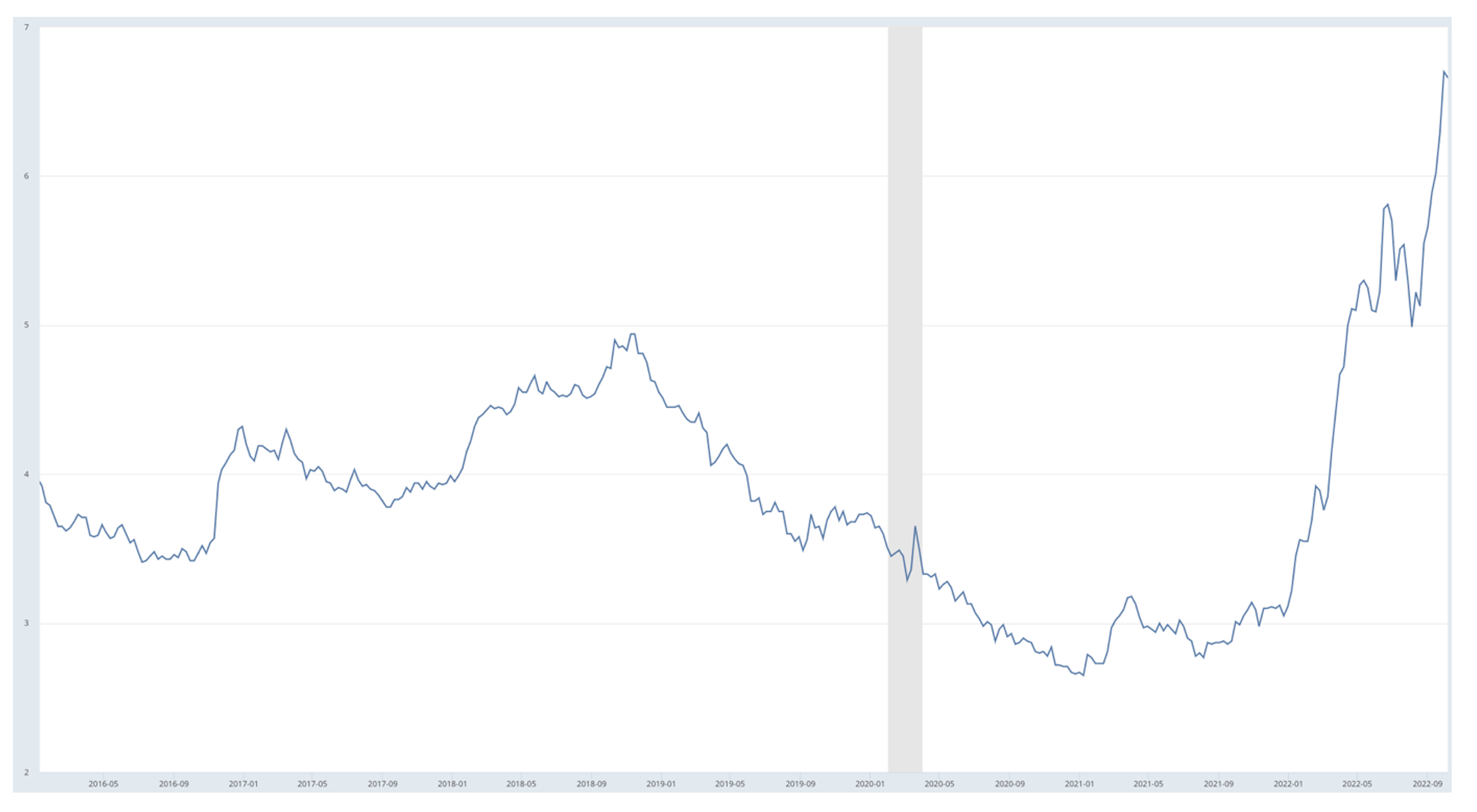 High borrowing costs have also met with tight supply, keeping real estate prices relatively elevated – albeit off recent highs – strangling affordability, which is now at a 37 year low.  Buyers are no longer rushing madly to secure a purchase, and in turn, seller confidence has faded.

According to the Mortgage Bankers Association, U.S. demand for mortgages is at a 22-year low, where it has been since the end of August and purchase activity is 30 per cent lower than a year ago.

A similar picture appears to be emerging in Australia, although house prices appear to have fallen more, in aggregate at least. 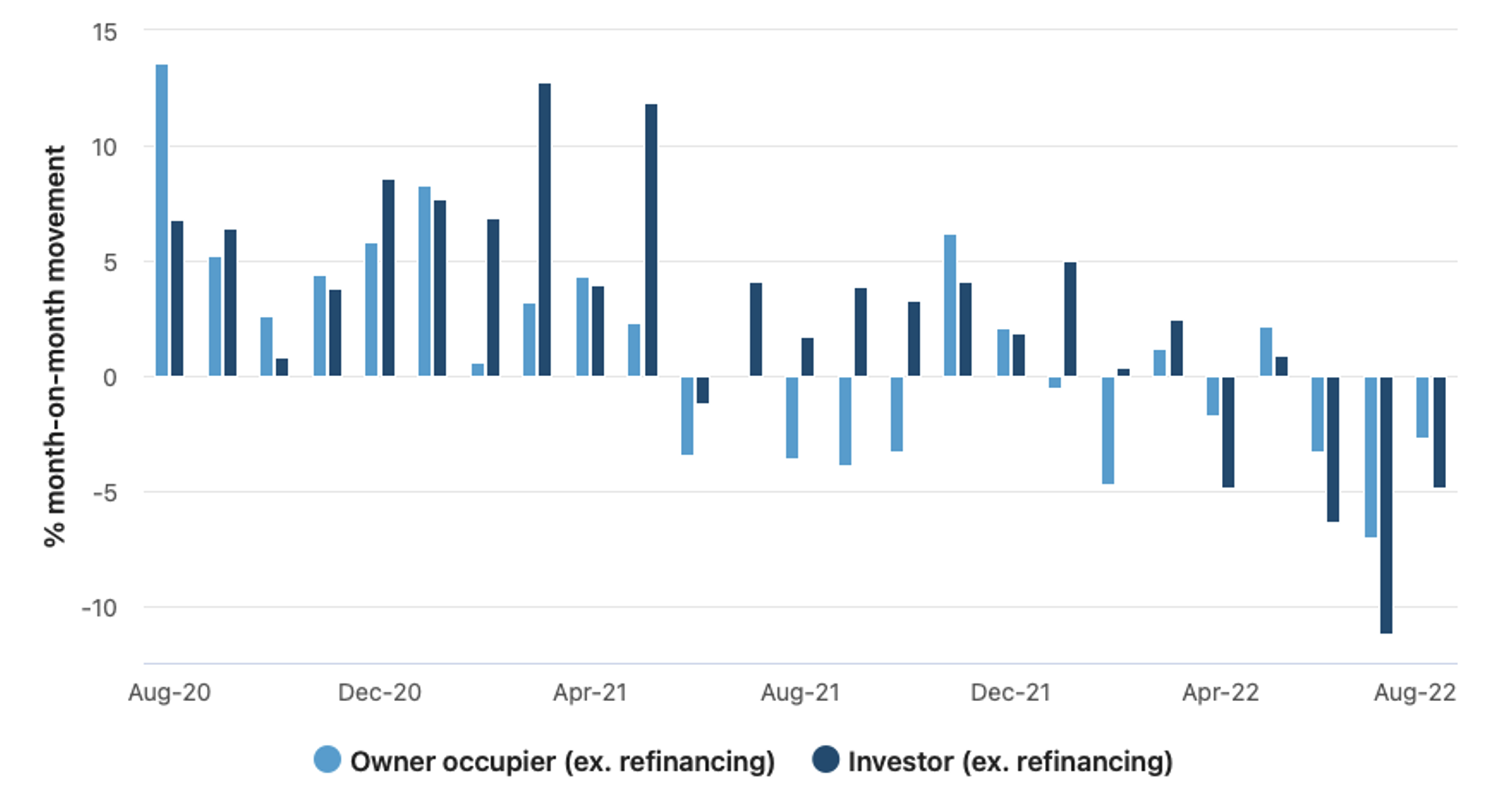 Mortgage demand in Australia buckled in August, no doubt in response to four consecutive interest rate increases by the RBA.

Meanwhile, the Commonwealth Bank of Australia’s Household Spending Intentions (HSI) Index fell 0.5 per cent down to 114.9 in September from 115.5 a month earlier, reflecting the beginning impact of higher interest rates on household spending. The most significant declines were in health and fitness, home buying, household services and transport.

The monthly decline in the HSI was the first since the Reserve Bank of Australia began raising rates at the beginning of the year.

Higher mortgage rates eat into the discretionary spending ability of consumers while simultaneously adding to mortgage stress. While no official definition exists, mortgage stress is said to occur when more than 30-35 per cent of gross income is required to pay the mortgage.

According to the RBA, if interest rates peak in mid 2023, as currently predicted by markets, more than a quarter of mortgage holders will be spending at least 30 per cent of their gross income to repay debt, and therefore in mortgage stress.

Understandably, the RBA’s semi-annual financial stability review, noted Australian households, firms and banks are entering a more challenging environment. The report, however, observed they are in a strong financial position but strains would be felt unevenly and intensify.

As noted above, the RBA has modelled the impact of rates rising to 3.6 per cent, which is the level the market currently implies, and assuming incomes grow in line with current forecasts, the percentage of borrowers in mortgage stress will be 25 per cent by the end of 2023. At the current overnight cash rate of 2.6 per cent, mortgage stress is said to be experienced by 20 per cent.

Elsewhere, the RBA’s liaison team has noted demand for social and community support services – including low-cost housing and food services – has increased reflecting “indicators of financial stress [that] are likely in the period ahead.”

While U.S. numbers, the financial system and mortgage relationships are different in the U.S. and Australia, it certainly seems like the impact on each country’s citizens is the same.  Nervousness about a recession next year and a tougher time for earnings growth certainly seems to be justified. And while it may be the case an equity rally won’t occur while central banks are tightening, investors should be reminded markets usually bottom when the news is ugliest.