Gambling giant, Aristocrat, continues to churn out the profits

Gambling giant, Aristocrat, continues to churn out the profits

Aristocrat Leisure (ASX: ALL), one of the world’s largest manufacturers of gambling machines, has been a stellar performer over the past five years, rising some 400 per cent. It’s recently reported results were impressive, to say the least. Free cash flow was up 16 per cent. Dividends rose 22 per cent. And debt was down.

For the year to September 2019, the company grew its net profit before amortisation of acquired intangibles by 23 per cent relative to the prior year, with the underlying businesses delivering 14 per cent growth on a like-for-like basis and the falling Australian dollar contributing the residual 9 percentage points of growth. 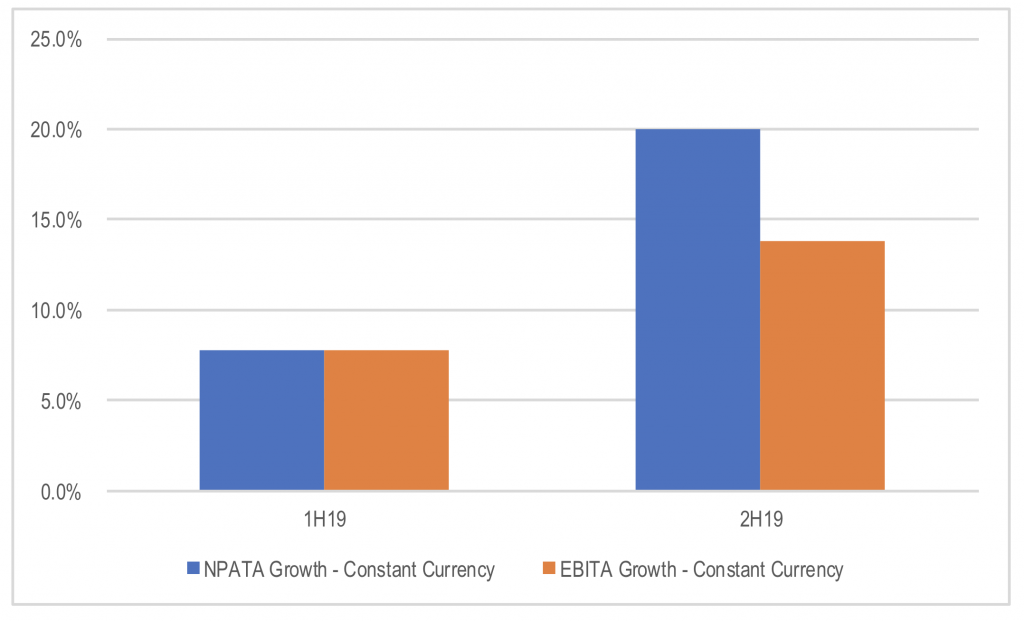 But the primary driver of earnings in the land-based business remains the recurring revenue earned from the machines placed on casino floors from which Aristocrat receives a share of the revenue. This contributed around US$850 million of revenue for Aristocrat in FY19, up around 13 per cent on the prior year. The incremental margin Aristocrat generates on this revenue is very high at around 80 per cent, less the cost of developing the machines and games which is around 12 per cent of revenue. While the capital invested, mainly the ownership of the machines themselves, is a bit higher than other parts of the business at around US$200 million, the return the company generates on this capital is very high at almost 300 per cent a year pre-tax. Given this, and the stickier nature of the revenue relative to outright slot machine sales, it is not hard to see why this business generates enormous value of shareholders.

Given the value of this revenue source, it is important the company continues to invest in continually improving the performance of its content. Hence the commitment to increase the company’s spend on design and development, combined with the strong performance of its products relative to competitors, provides investors with some confidence that the momentum in Aristocrats land-based business is likely to be maintained in the medium term.

In recent years, Aristocrat has reinvested a considerable amount of the strong free cash flow generated into developing a meaningful position in the mobile social casino and casual gaming markets through the acquisition of Product Madness, Plarium and Big Fish. These businesses provide the company with the potential to augment the high-quality cash generation of its core business with exposure to the rapidly growing and capital light mobile phone games market.

During the year, the company stepped up its investment in new game and feature launches.  This was reflected in an increase in design and development as well as user acquisition spend. This resulted in an acceleration in bookings revenue growth from 0.3 per cent in 1H19 to 11.2 per cent in 2H19. The primary driver of the acceleration in bookings revenue growth was the successful launch of RAID: Shadow Legends in the casual gaming space in March this year. 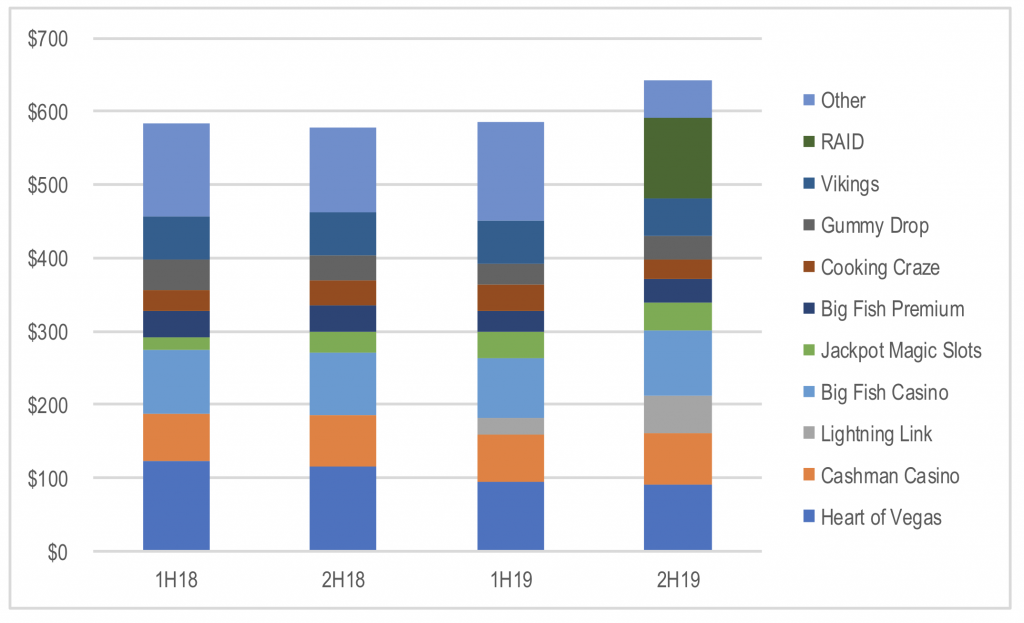 While RAID has been incredibly successful since its launch in March, other game releases like Toy Story Drop did not perform as well. The introduction of new meta features into a number of the company’s social gaming titles also generated mixed results in the period. This highlights the variability of performance of new game releases.

Aristocrat was able to adjust the level of investment in user acquisition spend during the period to refocus it where it would generate the greatest return. While the company’s overall user acquisition spend increased A$100 million relative to the prior year, the mix of that spend between titles was shifted to provide the best long term value outcome. This should see RAID’s revenue generation build through FY20, more than mitigating any decline in older titles. It also demonstrates the flexibility of Aristocrat’s operating model in the fast changing mobile gaming market.

The company has flagged an accelerated schedule of title releases in FY20. The market will be looking for the business to develop additional titles that can support and diversify the current concentrated growth coming from RAID to reduce the risk in the earnings stream in the medium term.

The high quality of Aristocrat’s businesses was highlighted by the strong cash flow generated during the year. Because the company expenses its investment in product development, there is very little capital employed that requires ongoing maintenance through capital expenditure. This results in a high level of free capital generation that can be used to pay down debt, return capital to shareholders and/or invest in accretive acquisitions.

During FY19, the company generated A$769 million of free cash flow or A$1.21 per share, up 16 per cent on the prior year. As a result, the company was able to increase its dividends by 22 per cent while reducing net debt levels by A$229 million.

Balance sheet gearing levels have fallen from a net debt to EBITDA ratio of 2.0x 18 months ago to just 1.4x at the end of September. Continued strong cash generation is likely to see gearing reduce even further going forward, increasing the likelihood of an acceleration in the rate of capital return to shareholders, or further earnings accretive acquisitions.

The Montgomery Fund and Montgomery [Private]  Fund own shares in Aristocrat Leisure. This article was prepared 25 November with the information we have today, and our view may change. It does not constitute formal advice or professional investment advice. If you wish to trade Aristocrat Leisure you should seek financial advice.