Is Trump’s White House itching for another war? 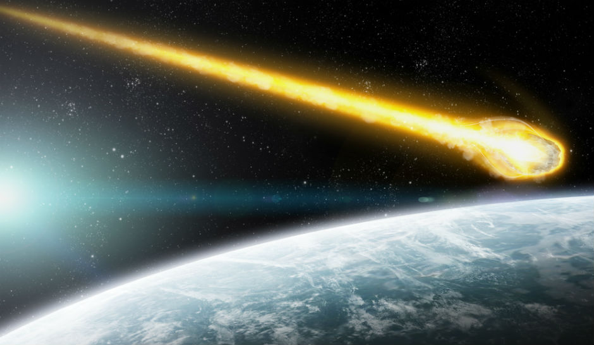 Is Trump’s White House itching for another war?

As investors, there are many macro events we have to consider, both positive and negative. Since the election of Donald Trump, we’ve had to consider one more – the prospect of a war involving the US. Jumping at shadows is no way to invest, so the following should be read as pure postulation, a black swan event sharing its place on the probability spectrum with, say, a meteor hitting Earth.

In reporting Donald Trump’s appointment of army Lt Gen McMaster as his next national security adviser – replacing Michael Flynn, who was forced to resign last week amid allegations of corrupting Russian links, and after James Mattis declined the president’s invitation – The Guardian reported: “There’s obviously an alternative center of foreign policy and national security decision-making in the White House in the form of Steve Bannon’s Strategic Initiatives Group,” Mansoor said, referring to a new and parallel White House power center that NSC officials are eyeing warily.”

How much do you know about Steve Bannon, Trump’s recent appointee to the US National Security Council’s principal committee?  Regarded as one of the country’s most powerful men, some pundits only half jokingly speak of “president” Bannon.

In 2010, Steve Bannon wrote and directed the film documentary, Generation Zero (here)and it perhaps provides some insight into the personality of one of Trump’s most influential advisers. According to one analysis, “The film presents the 2008 financial crisis and bailouts as the products of a corrupt and incompetent political class beholden to global financial elites.”

Sounds familiar. Indeed, it sounds very much like the populist rhetoric upon which Trump was elected.

What may be less well understood is that the film’s subtext is the theory of the The Fourth Turning, a book that presents a theory of historical change written by William Strauss and Neil Howe in 1997.  According to the author, America’s history is marked, every 80 years, by a crisis, or “fourth turning”, that destroys an old order and creates a new one. After identifying three great cycles of crisis: the Revolutionary War, the Civil War, and then the Second World War, Strauss and Howe predicted another great crisis ‘sometime in the first 15 years for the 21st century’.

The 2008 GFC certainly appears to have validated the theory.

What could be a concern for us, as investors, is that according to the authors, in each turning America faced ‘existential annihilation’ from either internal division or external dangers but the nation always emerged stronger than before thanks to the heroism and sacrifice of its citizens.

In a speech in 2014 to the Human Dignity Institute, Bannon articulated his feelings about the current crisis to a Catholic audience at the Vatican via Skype. It has been summarized thus:

“Bannon noted that, exactly 100 years before his speech, Archduke Franz Ferdinand was assassinated in Sarajevo—a shot heard round the world that prefaced World War I. This war heralded in the bloodiest century of human history. The 20th century, Bannon argued, constituted a kind of “second Dark Age”.

“He described its conflict as “the Judeo-Christian West versus atheism.” But, as Bannon continued, “…the thing that got us out of that… was just not the heroism of our people… The underlying principle was an enlightened form of capitalism… That capitalism really generated tremendous wealth.” Capitalism, Bannon stressed, is the basis of Western civilization. “I’m a very practical, pragmatic capitalist. I was trained at Goldman Sachs; I went to Harvard Business School.”

“But, Judeo-Christian values have become uncoupled from capitalism. Bannon lambasted the current era of “corporate” or “state-controlled” capitalism, which funnels national wealth into the pockets of a global Davos elite and “looks to make people commodities.” “The crony capitalism fueling the populist rage across the advanced capitalist world is a symptom of the decline of the Judeo-Christian values that once kept the free market in check.” In addition to secularism and atheism, Bannon underscored a third threat— “the wave of extremist Islamism.” “We’re now at the beginning stages of a global war against Islamic Fascism… If we do not bind together as partners, with others in other countries, this conflict is only going to metastasize.”

It has been reported that during the filming of Generation Zero, American Historian, David Kaiser recalled how, time and again, Bannon pointed out that each of the three preceding cyclical crises in America had involved great wars. “He expected a new and even bigger war as part of the current crisis, and he did not seem at all fazed by the prospect.”

In a recent article for the left-leaning American socialist magazine Jacobian, Alexander Livingston, an assistant professor of political theory at Cornell University, observed: “For one, it shows that Bannon’s apocalyptic vision is indebted to…the American mythology of regeneration through violence: a celebration of violence as an expiatory ritual that can renew both the individual and the nation.”

“…Bannon’s fascination with violence is not merely provocation. Like [Theodore] Roosevelt, he sees in war a transformative experience of moral regeneration that serves as a bulwark against civilizational decline…”

Last summer on Breitbart Radio – an internet radio station, Bannon declared that: “one of the biggest open questions in this country is whether the United States is willing to embrace the strenuous life… Is that grit still there, that tenacity, that we’ve seen on the battlefields… fighting for something greater than themselves?”

I’ll leave you to ponder whether Bannon is itching for a scratching, and if so, what it might mean for markets of the future…