Is there even more woe in store for retailers?

Is there even more woe in store for retailers?

You’ve probably noticed that shopping centres are changing. Gone are some of the old, familiar stores, and among the mix are likely to be a few empty and boarded-up shopfronts. This situation is playing out across the country, and is reflected in the latest data, which shows the retail failure rate at alarmingly high levels.

Even though I am a very reluctant shopper and consider a visit to a busy shopping centre to be roughly equivalent to a visit to Dante’s fourth circle, I certainly have and it was  interesting to see this confirmed in a report by illion Data Registries released on 27 November which showed a sharp increase in retail business failures in September.

The retail failure rate is currently at the highest on record (since they started recording data) at 0.82 per cent (i.e. 0.82 per cent of all retail business in Australia failed in September 2018) which is a doubling in just 2 years and 1.5x higher than the overall business failure rate of 0.55 per cent. 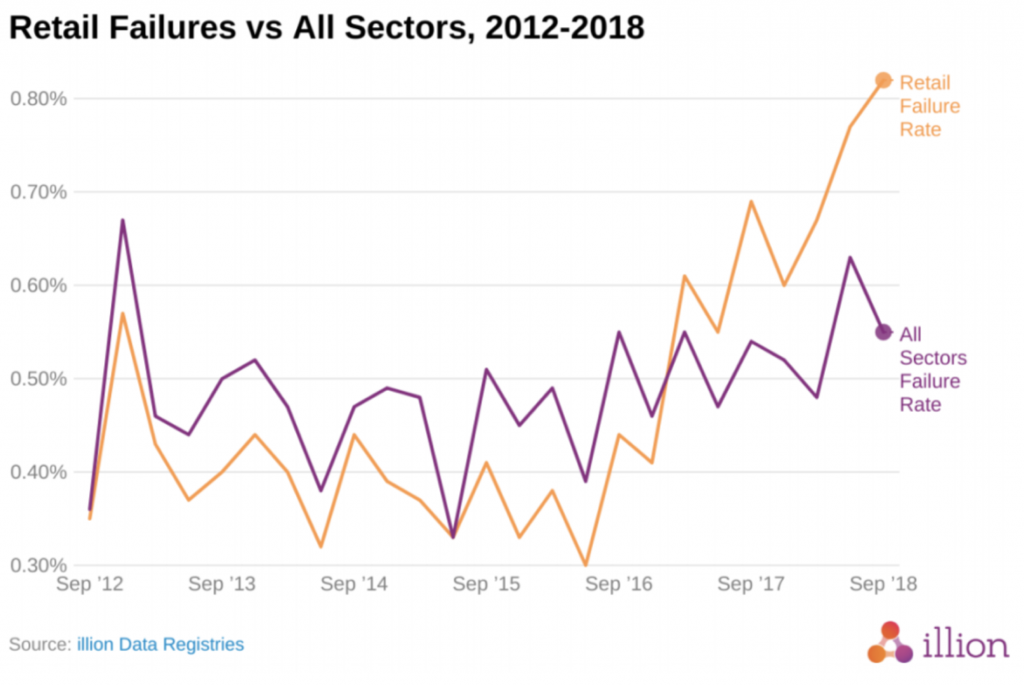 I am sure that most readers of this blog are familiar with the cause of this but the main ones as I see them are: 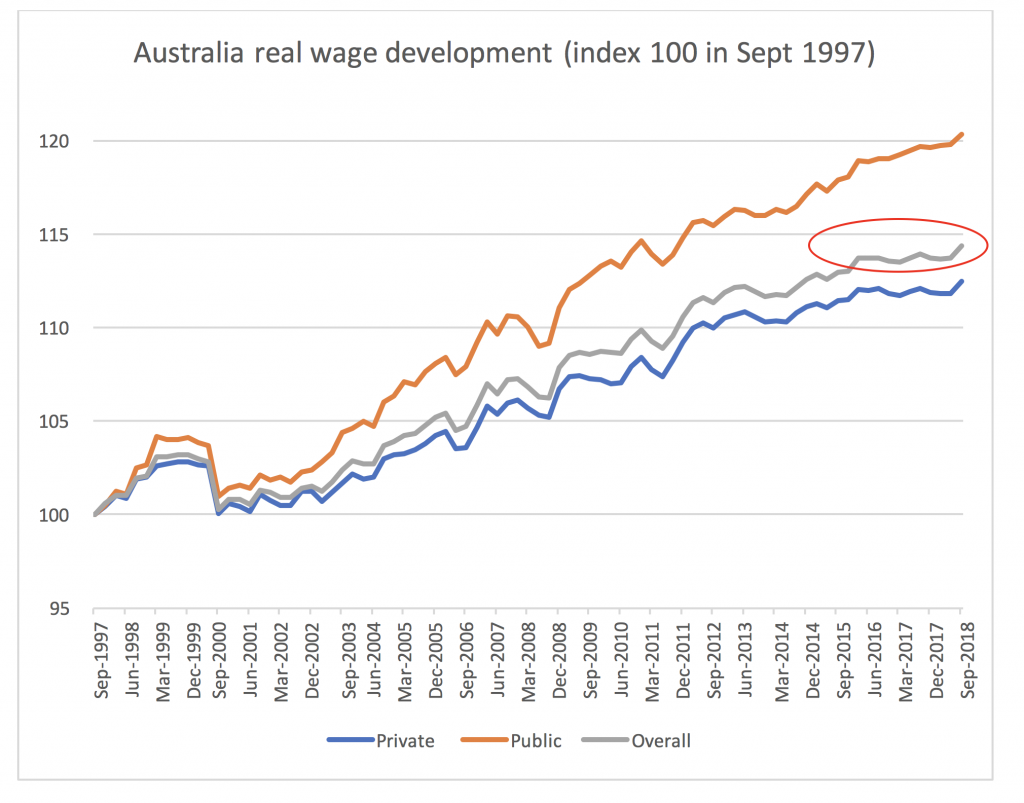 It is particularly telling as it comes just before the Christmas shopping season and it will be very interesting to see what will happen post the Christmas season. If the consumer does not spend up in the shops, I would predict that we will see another step up in failure rates as retailers will then have to deal with excess inventory that they have not been able to sell.