How alarmed should we be about rising levels of debt?

How alarmed should we be about rising levels of debt?

According to the Institute of International Finance (IIF), global debt hit US$237 trillion in the December 2017 Quarter, over 310 per cent of GDP of US$76 trillion. Global debt levels are at record highs in dollar terms and in relation to GDP.

Even if we avoid potential double counting from the Financial Sector, gross global Public and Private Sector debt would still be US$178 trillion or 236 per cent of global GDP.

In the past decade, there has been a significant increase in Developed Economy Government debt, to 109 per cent of GDP, and this reflects GFC related stimulus programs and continuing budget deficits. 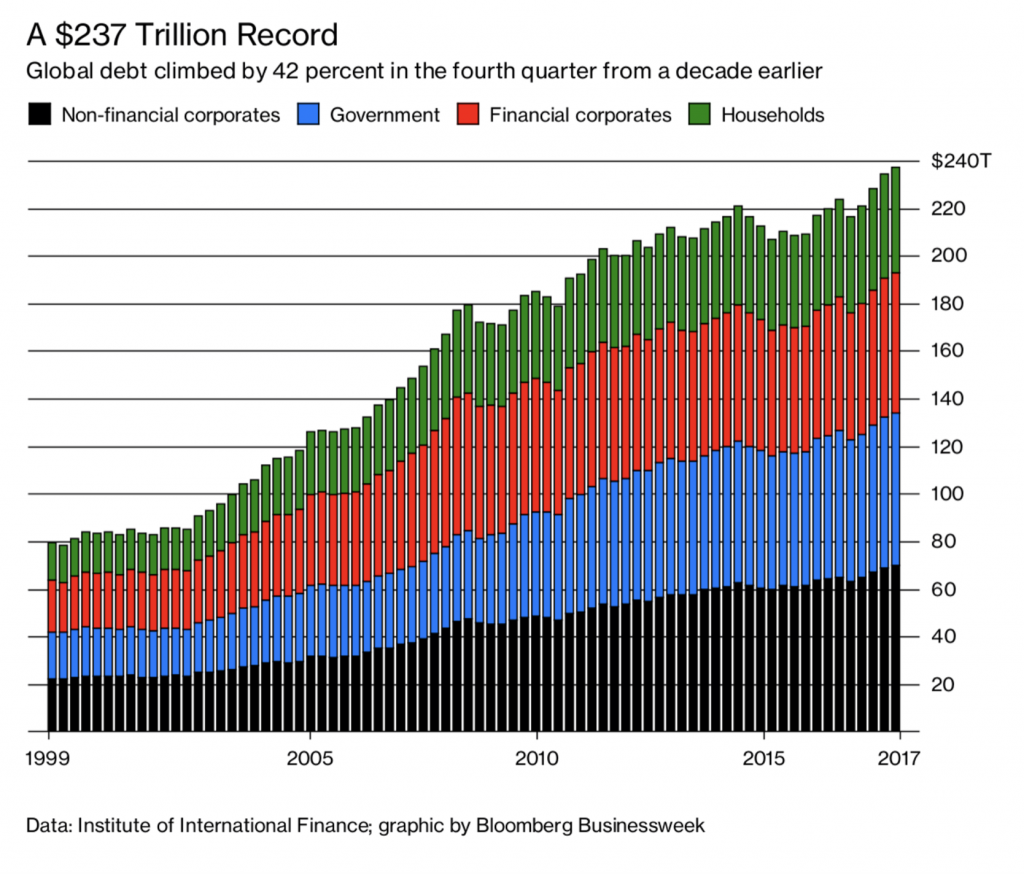 The following table, from the IIF, splits these figures by Sector and between Emerging and Developed Economies.

Many commentators argue that we shouldn’t be too alarmed with rising levels of indebtedness and their reasoning for this includes:

On the other side of the coin, it is worthwhile thinking about the record global debt levels and asking yourself questions like:

While my grasp of timing is no better than the next person, I do know that excessive debt levels magnify trouble when things don’t work out as planned.

According to the Institute of International Finance (IIF), global debt hit US$237 trillion in the December 2017 Quarter, over 310 per cent of GDP. How alarmed should we be about the amount of debt? Click To Tweet
MORE BY DavidINVEST WITH MONTGOMERY