Get Ready For Another Big Stick, Irrespective Of Which Party Wins 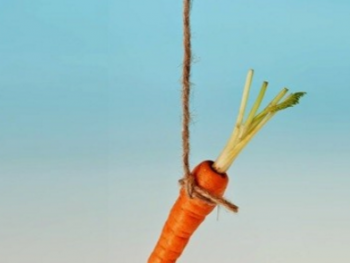 Get Ready For Another Big Stick, Irrespective Of Which Party Wins

APRA released quarterly statistics for the private health insurance industry during the week. While the data showed rising gross margin trends for the insurers as a result of slowing hospital treatment volume growth, there were trends in the premium data that will be concerning for the Government.

Private health insurers are prevented from charging different premiums to consumers on the basis of their claims risk. This means that health insurance premiums are the same for consumers irrespective of their age, sex, and other risk factors such as smoking. Equally, insurers cannot deny insurance to consumers on the basis of these risk factors. This is essentially a social policy called Community Rating that is designed to make insurance more affordable for those that require it most.

At the heart of this policy is a need for those that need private health insurance least to take out cover and effectively subsidise the higher claims costs of others.

One of the biggest issues for this system is the ageing population base. Claims expenses for older policy holders are significantly higher than claims for younger people. The table below shows the average claims expense per person covered for each age group. This shows the degree of cross subsidisation in the Australian private health insurance system. The chart above shows that an ageing population means that the average claims cost per insured person is likely to rise at a greater rate than the rate of growth in the cost of individual procedures. Because insurers can’t charge higher premiums as people get older, the high rate of claims cost inflation per insured period gets passed on to all policyholders equally. This will make health insurance less and less economically attractive to consumers over time, particularly younger consumers.

The last 2 quarterly releases from APRA show that after 10 years of gradual increases in the proportion of the population covered by hospital health insurance, this has now started to decline for the overall population. This is the first problem for the Government given that lower penetration of private insurance coverage means more pressure on the public system.

The second issue is who is dropping out of the private system. The data suggests that while the percentage of people that are 65 years and older with private health insurance has continued to rise, the percentage of those with cover under 65 is declining. Of particular significance is the accelerating rate of decline in coverage rates for those aged between 20 and 29. The Government will need to arrest the rate of decline in the proportion of people under 50 that have health insurance, given that they provide the economic subsidy for the older demographics, to ensure health insurance is affordable. If they continue to opt out of the system, it will exacerbate the outlook for claims cost, and in turn premium rate growth resulting from the ageing population.

There are two ways the Government can arrest the decline in private health insurance coverage; it can use a carrot or a stick. The power of the health provider lobby groups means material reforms to reduce industry costs are unlikely, as demonstrated by the Government’s quiet shelving of prosthetics pricing reforms in recent months. So either the Government covers more of the cost to consumers (carrot), or it penalises those that opt out of the private system more severely (stick).

Given the budgetary constraints faced by the Federal Government, a stick seems far more likely that a carrot.

For the health insurance companies, the issue of elevated premium rises and the impact on affordability, consumer switching and downgrading are likely to be ongoing, albeit with a short respite resulting from the recent slowdown in the growth rate of hospital volumes per person.